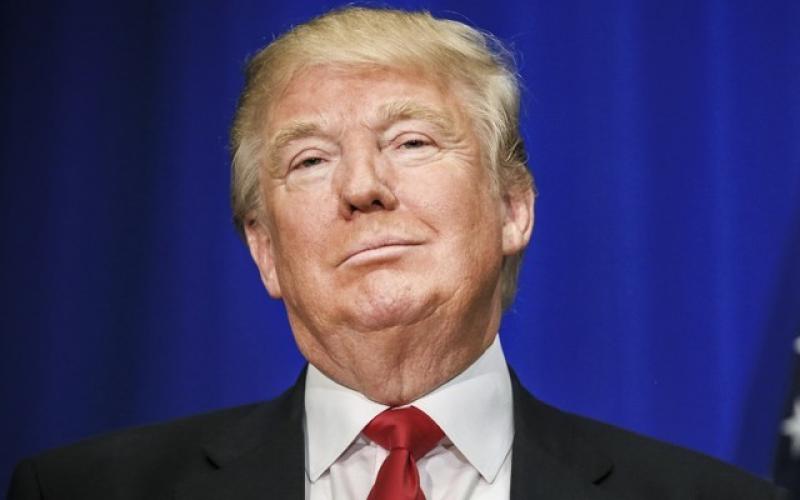 The fact of the matter is that all US presidents are one and the same, irrespective of whether they are Democrats or Republicans. They follow US foreign policy hook, line and sinker. As some of their leaders said, the US has interests, not friends. To them, this world is about a fight for resources, not about benevolence.

For instance, there is Sakina Kamwendo’s morning SAfm radio show, AM Live, which featured visiting Wits professor, John Stremlau on two consecutive days to give a preview of and an analysis on the US elections. I sent two short emails to Kamwendo’s show to ask Professor Stremlau about the Bilderberg Group and the Council on Foreign Relations (CFR) which play a major role on who becomes US President. A day after the announcement of the US election results, I sent another short email to Kamwendo asking her how she felt inviting a white person twice in a row without inviting even a single African American to give a preview and analysis of US elections. All my emails were ignored.

The Bilderberg Group and the CFR can’t be ignored in US politics. Although Donald Trump is not known to have attended meetings of these secret/private organisations, he has connections to the most powerful and wealthy families in the US, Europe and the Vatican. That explains why he won the elections. He is by no means an outsider as he has invariably been portrayed. Trump, who declined to say whom he talks to about foreign affairs, held a private briefing last summer with Richard N. Haass, the president of the Council on Foreign Relations, a spokeswoman for Mr. Haass, Iva Zoric revealed. Zoric added that the Trump-Haass meeting was held in August. There is no way any person in the US can become President without being a member of one of these secret societies and/or private organisations. The same applies to almost all European countries.

Trump was educated by the Jesuits, a very powerful Catholic religious order. The US is playing second fiddle to the Vatican for those who are not aware. That pretty much explains his ascendancy to the Presidency of the United States of America. The night after the US Presidential debate around 19/20 October, Donald Trump and Hillary Clinton attended an annual Jesuit Dinner. All the heavy weights of the New World Order such as Henry Kissinger were in attendance. Kissinger is a member of the CFR and Bilderberg Group and attended this year’s Bilderberg Group meeting in June in Dresden, Germany.

There are many theories advanced by various schools of thought as to why Trump won and Hillary Clinton lost. Some say the people of the US were tired of Hillary Clinton and that Donald Trump represented a breath of fresh air. But a choice between Trump and Clinton was not a choice at all, especially for African Americans whom Clinton described as “super predators”. Others say Bernie Sanders was a better candidate than both his Democratic Party rival Clinton and Republican Party rival Trump. However, all these candidates do not control the electoral process. These are all mind games. US elections are heavily manipulated. The electoral process is controlled by the 1% that controls America’s wealth. It does not matter which candidate is or is not a front-runner or becomes President of the United States. There are those powerful people who pull the strings behind the scenes, which the media ignore. That is why it is absolutely important to focus on secret/private organisations such as the Bilderberg Group and CFR. The latter’s equivalent in Britain is the Royal Institute of International Affairs (RIIA).

However, the Vatican towers above all of them, which explains Trump’s ascendency to the US Presidency even when he wasn’t attending Bilderberg Group meetings. Eric Jon Phelps’ book Vatican Assassins: Wounded in the House of my Friends best illustrates how powerful the Vatican is in the global scheme of things.

There is a paucity of the critical points raised in this article in the South African mainstream media and the world’s media in general. This information will never be found in all South African weekly and daily newspapers not even radio and television. The readers’ best bet is to get a copy of The Patriot if they want to get as close as possible to understanding US and global power dynamics.

Implications of a Trump victory for Africa and SADC

Has Africa in general and Southern Africa in particular fared any better under any US President in history? There are some people, such as South Africa’s former Deputy President Phumzile Mlambo-Ngcuka, who lament the fact that Hillary Clinton’s loss is a blow to women and women’s rights. Others have mixed feelings on Trump. Maite Nkoana-Mashabane, South Africa’s Minister of International Relations and Cooperation, was quoted as having said the South African government was not concerned about who becomes US President. Botswana’s President, Ian Khama registered his concern about Trump’s reckless utterances and shuddered to think what would happen if Trump became President.

Mlambo-Ngcuka might have forgotten what Hillary Clinton said after Colonel Muammar Gaddafi was assassinated. Clinton said, “we came, we saw, he died” and chuckled. Does she lament that an insensitive person like that lost an election? And this was South Africa’s Deputy President under former President Thabo Mbeki.

Nkoana-Mashabane’s stance is diplomatic and logical with no strings attached. She has learned from her previous faux pas when she said unpalatable things about Zimbabwean President Robert Mugabe.

Khama’s trepidation is understandable given Trump’s penchant for saying unsavoury things such as what was attributed to him that ‘Africa should be recolonised for another hundred years’. In February 1994, the CFR also called for the recolonisation of Africa in their mouthpiece known as Foreign Affairs. Some people may fault Khama’s government for not having congratulated Trump on his victory as being petty. But Khama can’t be faulted for not congratulating a person who calls for the recolonisation of Africa.

The fact of the matter is that all US presidents are one and the same, irrespective of whether they are Democrats or Republicans. They follow US foreign policy hook, line and sinker. As some of their leaders said, the US has interests, not friends. To them, this world is about a fight for resources, not about benevolence. If one reads Kissinger’s National Security Memorandum 200 (NSM 200), it talks about killing people for their resources in the developing world. NSM 200 was declassified in 1990.

Why do people like Mlambo-Ngcuka and her ilk think the US is setting up Africom military bases on strategic parts of the African continent with the acquiescence of some African stooges who call themselves leaders? The aim is to exploit Africa’s mineral resources. It has been revealed in Hillary Clinton’s leaked emails that Gaddafi was killed for his country’s gold stocks which were in tons. Moreover, Libya’s Central Bank under Gaddafi’s government was 100% locally owned. All US Presidents do not relish a country whose Central Bank is not under Europe’s banking families such as the Rothschilds. All the Central Banks in the world except North Korea are owned by the Rothschilds. It has emerged that Trump was very close to the Rothschilds.

During one of their debates, Trump told Clinton that if he became President, she would be in jail. Now that he is going to be US President let’s wait and watch. It has been said that Trump was not an insider. Let us also wait until January and see if he is not going to appoint some of his cabinet from members of the CFR.

Loose canons like Trump are roped into the Presidency of the US in order to fulfill the objectives of the dominant global players. Trump is capable of doing anything without batting an eyelid. These people belong to occult groups which are wicked organisations. To confirm if a person belongs to these groups, one has to observe their hand gestures. They believe in a new world order which is going to be enforced through coercion and violence. It was clear from his October Jesuit dinner speech that he is part of the new world order crowd when he said, “We must come together not only as a nation but as a world community”.

Africa should be wary of signing “free trade” agreements like the Africa Growth and Opportunity Act (AGOA) which South Africa was hurriedly forced to sign after being given a three month ultimatum. This has serious implications for South Africa’s sovereignty and that of SADC countries.