Home » Governance » ‘Things Fall Apart’ and the case against imperialism

‘Things Fall Apart’ and the case against imperialism 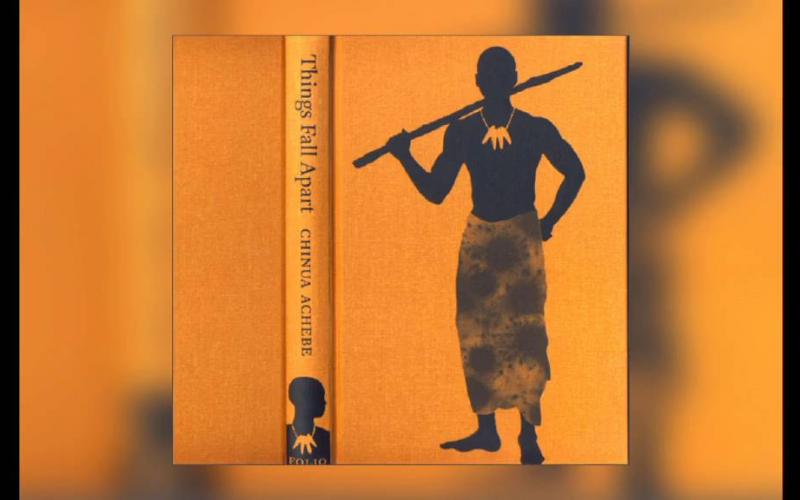 When Chinua Achebe showed the horrors of colonial rule in ‘Things Fall Apart,’ the narrative easily became the African story that impinged itself on our consciousness. The novel epitomized the case against imperialism

The death of the renowned Nigerian writer, Chinua Achebe, has thrust one of the most popular African books in the news. Although Achebe wrote multiple books and produced several works of scholarship, ‘Things Fall Apart’ acted as the catalyst for his popularity, sending the Nigerian writer to the highest plateaus of academic fame. How did ‘Things Fall Apart,’ a book written about the Igbo people in Nigeria, become an explanatory voice for colonially oppressed societies all over Africa? The literary tenor used by Achebe to write ‘Things Fall Apart,’ is the first reason behind the book’s popularity. Any exhaustive commentary on ‘Things Fall Apart,’ must recognize the book’s flair for weaving Igbo words and phrases with the English language. By partly Africanizing the English language to tell an African story, Achebe was able to show a pre-colonial Igbo society equipped with the ability for self-rule. Through the book’s main character, Okonkwo, Achebe showed how pre-colonial Igbo society dealt with crime and punishment. When Okonkwo committed what could be termed in today’s legal systems as manslaughter, the response from the oracles at Umuofia was swift and judicious. Once it became clear that Okonkwo’s accidentally-discharged gun was responsible for killing a citizen of the land, the oracles pronounced a verdict, which ordered Okonkwo’s seven-year exile from the land he loved. Despite his enormous stature in Igbo society, Okonkwo was subjected to the rule of law through a cultural edict, forcing a seemingly untouchable man into seven anguishing years of exile.

DEPICTION OF A POLITICALLY ORGANISED PEOPLE

By the time Okonkwo served his seven year sentence in banishment, Umuofia---his beloved land----was already chafing under the assault of imperialism. European mercenaries, deceptively casting themselves as ‘missionaries,’were already in Umuofia to carry out a frontal assault on the political, cultural and social institutions which held Okonkwo’s people together. The tragic story of Ikemefuna, which revealed the truest depths of Okonkwo’s compulsive feelings of insecurity, also showed us another feature of Igbo society. Contrary to racist falsities, most of which opine that pre-colonial African societies were clusters of disorganized tribes, Achebe’s ‘Things Fall Apart’ proved otherwise. Governance and conflict-resolution worked in tandem in Okonkwo’s Umuofia. When the land of Umuofia felt offended by the killing of its citizen in a neighboring jurisdiction, the young Ikemefuna was handed over—through an emissary - to the people of Umuofia as a symbol peace. Throughout his short lifespan, the young Ikemefuna served as a conciliatory symbol from the clan which sued for peace. Indeed, Ikemefuna’s presence in Okonkwo’s household was seen in Umuofia as a gesture of peace. There were times when the people of Umuofia waged war, but only after the failure of pacifism. Similarly, Europeans—from the Peace of Westphalia in the 17th century to the emergence of Nazi Germany in the last century—did go to war on multiple occasions when conflict-resolution proved futile. Despite all the bloody episodes in its history, imperial Europe did justify the conquest of Africa by postulating that ‘civilization’ is an exclusive, Western virtue! ‘Things Fall Apart’ is both a refutation of, and a counterblast to, the racist theories used to demean pre-colonial Africa as a heathenish land without God or government! Chinua Achebe successfully showed that before things literally fell apart, Africans lived under various systems of government overseen by the rule of law.

Apart from its utility as an African response to European imperialism, ‘Things Fall Apart’ has other uses in academia. The book has proven itself as a work of scholarship usable in multiple, academic disciplines. Prescribed in some African countries as a literature book, ‘Things Fall Apart’ has also been used in American universities as a sociology book. Additionally, “Things Fall Apart” can lend itself to the voracity of a historian because book deals with the political, cultural and social developments of a people, whose history was perverted by foreigners.

Sociologically speaking, ‘Things Fall Apart’ deals with the behavioral patterns of a society that suffered a civilizational eclipse when attacked from outside. Lastly, ‘Things Fall Apart’ has been internationally used as a literature textbook because its European and African characters have stirred a lot of pensiveness among dramatists.
Europeans have spent centuries, trying to justify their uninvited presence in Africa. With its sociological teachings, ‘Things Fall Apart’ can be used to ask a specific question: Why did Europeans force their so-called “civilizing mission” on a people who were readily spiritual and culturally sure of themselves? Even today, in the twenty-first century, the colonial rampages seen in ‘Things Fall Apart,” continue in several guises, mostly through Western agencies like the IMF and international trade, which has been booby-trapped enough to be called ‘unfair trade.’ There is a reason why things have fallen apart in Africa: a rape victim—psychologists say—could live with the trauma of defilement for an endlessly long time! When the infliction of horror is both physical and psychological, the ensuing trauma can be eternally destabilizing. Little wonder the subversive presence of Europeans in Umuofia, disoriented Okonkwo so much that he committed suicide. Today’s African countries are a bigger representation of Okonkwo’s Umuofia, where normalcy was replaced with the chaos unleashed by European colonialists.

THE DESTRUCTIVENESS OF IMPERIALISM

Colonial rule lasted well over a century in some African countries. Britain pompously took over Sierra Leone and kept the country as a personal property for at least 150 years! Colonial rule was very thorough in its destruction of Africa, both from a psychological and socio-economic perspective. Land-seizures and the total usurpation of African authority, are few of the horrors committed in Africa by colonial Europe. By the time Europeans pulled out of Africa in the 1960s, the damage was already done. After a century of colonial degradation, the skills needed to run a modern, nation-state, became dangerously scarce in the newly-independent African States. Portuguese colonial rule, for example, proved so damaging that Africans were NOT allowed to acquire any skills other than those needed to make them serve as cooks and servants. When Portugal grudgingly pulled out of Angola in 1975, the newly-independent Angolan state staggered with incompetence, nervously searching for teachers, doctors and the managerial competence needed to run a country. Colonial rule was the crime that came close to enslaving the African all over again. When Chinua Achebe showed the horrors of colonial rule in ‘Things Fall Apart,’ the narrative easily became the African story that impinged itself on our consciousness. Chinua Achebe has passed onto the land of our silent ones. However, the African story he told in ‘Things Fall Apart,’ will always remain piercingly loud.

*Sankara Kamara is a Sierra Leonean academic and freelance writer. You can catch him on Facebook: www.facebook/sankara kamara

Please do not take Pambazuka for granted! Become a Friend of Pambazuka and make a donation NOW to help keep Pambazuka FREE and INDEPENDENT!