Home » Governance » Angola: Shall we tell the president?

Angola: Shall we tell the president? 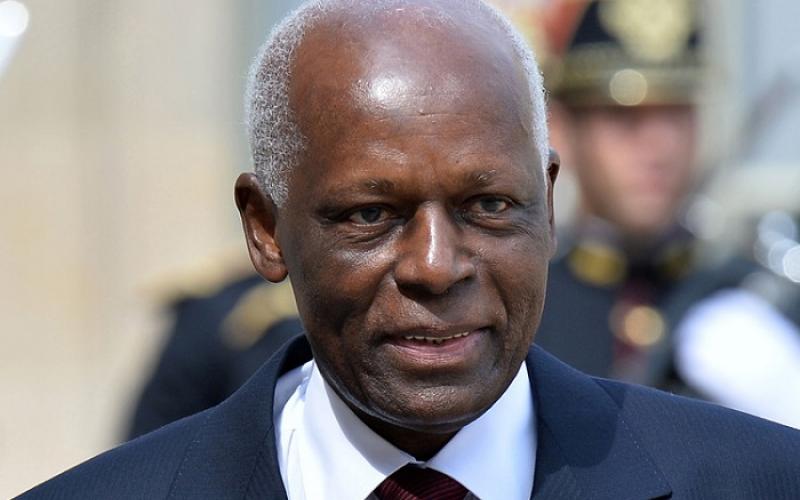 Today’s Angola proves the African proverb that all manner of knives are brought out the day an elephant is killed. Pity is that the party that should have all Angolans in attendance is for a select few. On the high table, surrounded by members of his family and a few cronies made up of generals and sundry leeches, is His Excellency President Eduardo dos Santos and his eldest daughter, Isabel.

If, as is the fad in Africa, compatriots do not prevail upon him to change his mind, Angola’s veteran leader, the normally-reticent and manipulative Eduardo dos Santos, will vacate his peacock throne in 2018. By then, Mr. Santos of the Popular Movement for the Liberation of Angola, MPLA, who succeeded Dr. Agostinho Neto, would have spent 39 years as president.

Angola has witnessed growth and stability under President Eduardo dos Santos. Today, the politicians in Luanda no longer steal glances across their shoulders in fear of rebels of Jonas Savimbi’s National Union for the Total Liberation of Angola, UNITA, and the defunct National Front for the Liberation of Angola, FNLA, of Roberto Holden. The rebel UNITA joined the political process when its leader was killed in an ambush in 2002.

The relative peace in the country came amidst millions of dollars courtesy of oil money. The Cubans and Russians no longer call the shots as they have now taken the back seat. Ditto for Nigeria and the vulnerable frontline states which endured consistent bombings from apartheid South Africa for lending critical support to the MPLA government.

Today, the lords of the manor are the United States, Great Britain and Portugal, the evil of triangle that laboured in vain to abort the Angolan dream. After more than three decades under the guidance of dos Santos, Angola has turned full circle and the country is on a roll. Today’s Angola lends credence to an African saying that all manner of knives are on display the day an elephant is hunted down.

Indeed, an elephant has been hunted down in Angola and a great party, unheard of in the southern tip of the continent, is on. Pity is that the party that should have most Angolans in attendance, considering the size of an elephant, is being attended by a select few. On the high table, surrounded by members of his immediate family and a few cronies made up of generals and sundry leeches, is His Excellency President Eduardo dos Santos. His eldest daughter, the 43-year old Isabel, who was a toddler at independence in 1975, who is being groomed to succeed her father, is the cynosure of all eyes and wields the sharpest and longest knife at the party.

At 24 in 1997, Isabel opened a restaurant in Luanda, capital of Angola and chose, of all names, Miami Beach, as its name in preference over the beach in Luanda or the eye-catching Havana Beach in Cuba. In sixteen short years since Isabel launched Miami Beach, she has made history as Africa’s first female billionaire. Forbes, the American magazine that tracks the world’s super-rich estimated Isabel’s billions in US Dollars, not the Kwacha, Angola’s local currency.

The history of Lusophone Africa is full of ironies. It is one history where the concept of sit tightism is considered the norm. The Portuguese first opened shop in Africa in 1492, at about the same time Christopher Columbus ‘discovered’ the Americas and they continued to rule with an iron fist for the next five hundred years. On the eve of the armed struggle and at a time former British Prime Minister, Harold Macmillan, made his ‘Wind of Change’ speech to signal the end to European imperialistic designs in Africa, the Portuguese were still defiant, insisting that their brand of imperialism was integrationist enough to insulate them from anti-colonial struggles elsewhere.

How terribly mistaken the Portuguese were because what appeared as an isolated event in northern Angola in February 1961, when hundreds of Angolan demonstrators were killed, soon snowballed into a full-scale war. Fourteen years on, Africa had turned into a hot potato for the Portuguese. It is an ironic twist of fate that, 38 years down the road, Africans in former Portugal Africa have watched with disbelief the replacement of fair-faced, boisterous oppressors with reticent, black-skinned despots. Bluntly put, today’s former Portugal Africa is where oppression and corruption jostle for space.

For obvious reasons, Angola elicits much pity in Lusophone Africa narratives. We may clearly excuse Dr. Neto who came at a very difficult time. He inherited a war-ravaged country; a country treated as a pariah because of the unquantifiable support his party, the MPLA, got from Cuba and the former Soviet Union. This was a period when the West was caught up in the frenzy of containing the spread of communism and to effectively do this, the West had an outpost in former apartheid South Africa from where Savimbi’s UNITA, now in the warm embrace of the West, operated from. Angola was probably the first visible place in Africa where the West and the former Soviet Union fought a real proxy war.

Of course, Dr. Neto’s MPLA could not have resisted the Western-backed UNITA without the critical support of the Cubans and the Soviets and the frontline states. To a large extent, Nigeria became the game-changer in Angola when, in 1975, late General Murtala Ramat Muhammad defied the West to rally continental and global support for the new MPLA government in Luanda. Angola was far from being stable between 1975 when Dr. Neto assumed office and 1979 when he died. It was this confused state of affairs that President Eduardo dos Santos inherited in 1979.

Over the years, Mr. Santos has stabilized the country. In the process, the caring and protective father-patron Mr. Santos now virtually has Angola and Angolans in his pocket. Under his watch, his daughter has become Africa’s first female billionaire while other children and cronies are at the top of the ladder. Mr. Santos should feel proud and turn his chest into one big drum for his achievements but, while doing this, the president should feel concerned for turning Angola into another conquered rich land of poor and struggling people.

It is okay for Angolans to sneer at the malpractices of their ruling elite. Left in the lurch by a corrupt leadership, Angolans who seek non-existent consolation from other parts of the continent will be wondering, especially like their friends further north, how and at what point they missed the bus.

* Abdulrazaq Magaji lives in Abuja, Nigeria, and can be reached at[email protected]