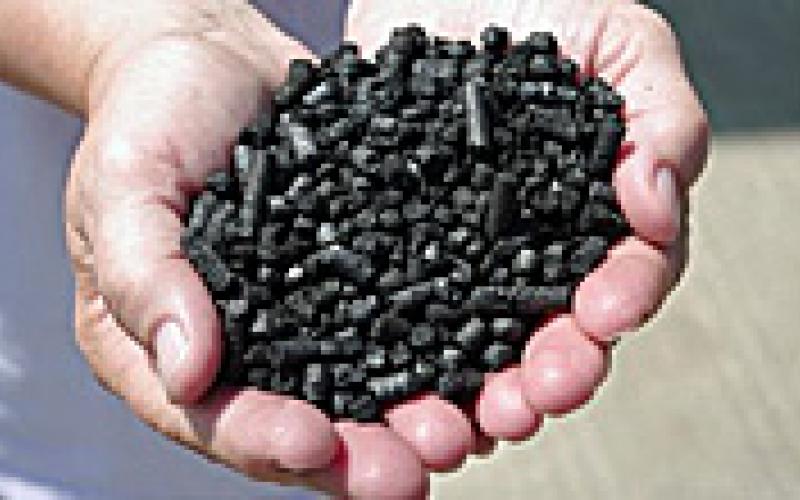 Biochar is touted as a solution to climate change, soil degradation and low crop yields, despite scientific field trials disproving these claims. With Africa the focus of many biochar 'demonstration' and 'feasibility' projects, Almuth Ernsting writes about

Biochar, which is fine-grained charcoal (mainly carbon) applied to soils, is being touted as a solution to climate change, soil degradation, low crop yields and much else. Advocates, represented globally by the International Biochar Initiative (IBI) are calling for carbon offsets, subsidies and other private and public finance in order to produce large quantities of biochar to be tilled into soils. They claim that by adding biochar to soils carbon can be sequestered for hundreds to thousands of years while making soils more fertile and crops grow better. And the same technology – called pyrolysis – can produce both biochar and bioenergy in liquid and gas form. Biochar advocates describe the process as 'carbon negative': They – falsely – consider all bioenergy to be approximately carbon neutral, even though experience with agrofuels and, increasingly, Europe's and North America's massive new demand for wood for power stations shows that the climate impact can be devastating. Ambitions are set high: According to an article published by members of the IBI in Nature Communication, 12 per cent of all greenhouse gas emissions could be 'offset' with biochar – requiring 556 million hectares worldwide to be converted to produce crops and trees to produce it .[1]

The fact that the scientific field trials disprove the claims made about biochar has not deterred the IBI and their member companies and researchers. Only 11 peer-reviewed field trials have ever been published and those show that the short-term effects on crops are very mixed – sometimes positive, sometimes negative and sometimes there are no effects. Longer-term effects have not been researched. The same is true for biochar and soil carbon: In one trial, for example, just one year after large amounts of biochar were added to some plots, those plots contained less carbon overall than plots without any biochar .[2] Outcomes vary greatly between different types of biochar, different soils and soil conditions, different combinations of biochar with fertilisers, etc. The variables are so many that it is impossible to make any predictions, at least based on current knowledge.

So far, biochar lobbyists' efforts have only had very modest success: No biochar carbon offsets are being traded or certified as yet, all projects so far have been small and experimental and only one multinational company currently supports their efforts – ConocoPhillips, who want to develop biochar carbon offsets for their destructive tar sands exploitation in Canada.

Africa has been the focus of many of those organisations and companies investing in biochar 'demonstration' and 'feasibility' projects. A joint briefing [PDF"> by the African Biodiversity Network, Biofuelwatch and the Gaia Foundation, updated in late 2010, found more than 25 different biochar projects having been announced in African countries .[3] A more recent presentation[PDF"> by a representative of the IBI refers to 34 such projects in 11 African countries .[4]

Together with Cameroonian researcher Benoit Ndameu, Biofuelwatch has now published a report which investigates one of those projects and its initiator, Biochar Fund. Biochar Fund, based in Belgium, has described itself as a 'social for profit organisation'. In early 2009, they commenced biochar trials involving 75 trial plots in Kumba city and 11 nearby villages in Cameroon's South-West Province. According to an interview given by Biochar Fund's funding director, Laurens Rademakers in August 2010[5] , the trials had been a great success: Crop yields, he claimed, had increased by 240 per cent on average, 1,500 farmers had been represented in this project which was still ongoing, and the success suggested that it was possible to ‘produce and apply biochar in a sustainable manner...and make a profit, merely because of the crop yield increase.’ He called possible future carbon offsets an 'added bonus'. Biochar Fund's claims about their 'preliminary results' (the only one they ever published, and only on their website), received widespread media attention.

What Benoit Ndameu found when he visited the area and spoke with farmers as well as representatives of Biochar Fund's local partner organisation, Key Farmers, was rather different. Only around 75 farmers had ever been involved in the trials, which had terminated after just one single harvest season in 2009. The drop-out rate during the trials had been high – full data was obtained from only 31 out of 75 plots. Trials involved adding different combinations and quantities of biochar and organic and/or artificial fertilisers to 16 different sub-plots within one larger plot and taking the maize from each of those sub-plots to be measured and weighed after harvesting.

The farmers interviewed in April 2011, who had participated in the trials spoke about their hopes and enthusiasm. According to Key Farmers, they had been told by Biochar Fund that biochar was a proven technique for improving soil fertility. Farmers had been assured, as confirmed by a brochure handed to them at the start of the project, that biochar ‘could help us win the fight against climate change’ and that funds for them to take part in scaled-up project from 2010 would be sought from the voluntary carbon markets. According to the brochure: ‘This expanded project would attract a considerable number of carbon credits’. Some were still hopeful that such funding was forthcoming, even though there had been no sign of Biochar Fund or any activities on their part for a long time. Many expressed doubts and weariness about the project. They had given up considerable amounts of time and labour for free and some even reported having rented plots for the trials, and they had received nothing in return. In the villages visited, no biochar had been made or used since the trials ended, except for one farmer who produced and applied a small amount to a plot of chili peppers. Farmers had not been shown how to make biochar, the technique that had been used involved a 'single barrel method', one of the most inefficient charcoal-making methods. For all of Biochar Fund's public references about biochar production being coupled with affordable and accessible renewable energy, the method they used in the Cameroon trials, like the one being used in another Biochar Fund project in DR Congo[6] , cannot be adapted to capture any energy whatsoever.

For the purpose of science, the trials have yielded nothing: The results have not been published in any journal and have not been peer-reviewed. Only interim results were put on Biochar Fund's website, which has since closed down.

Did Biochar Fund really expect the imminent carbon offsets which farmers had been led to hope for? This seems hard to imagine. Biochar Fund has had close links to the IBI, who listed the Cameroon project as one of their '9 Country Projects', stating that they ‘worked with organisations and projects in nine developing countries to help them develop and evaluate cost effective approaches for the widespread introduction of biochar’ .[7] The IBI has been working for years, so far without any success, to get biochar included into carbon trading schemes or certified for voluntary carbon offsets. Furthermore, an assessment by the Institute of Agriculture and Trade Policy (IATP) of a (non-biochar) soil carbon project promoted for voluntary carbon offsets by the World Bank shows that, given the high transaction costs of such carbon offsets, farmers would at best receive US$1 a year each – hardly the funds envisaged by farmers in Western Kenya, or in South-West Cameroon .[8]

Yet while farmers received no benefits, Biochar Fund's Laurens Rademakers appears to have benefited considerably. He successfully used his claims about the Cameroon trials to obtain a grant for another biochar project in DR Congo from the Congo Basin Forest Fund (CBFF) and also to obtain a second grant from the CBFF for another project not involving biochar. According to his personal website[9] , he has managed to create 13 different NGOs, eight of them in Africa since 2006 and has obtained a total of US$1.325 million in funds for different projects since 2009, nearly all of it from 'public calls'.

Farmers' experience with the Cameroon experiment raises questions about other biochar projects and more widely, about a range of projects designed to demonstrate the 'feasibility' of different soil carbon and agricultural practices for the purpose of future carbon offsets or other finance mechanisms which the World Bank and UN Food and Agriculture Organisation propose for so-called ‘Climate-Smart Agriculture’.

These projects claim to be 'trials' but that there is generally no intention to publish findings in any scientific journals. Instead unverified claims, often accompanied by pictures of smiling farmers, are being used to promote biochar and other practices for various finance mechanisms.

Soil carbon markets – promoted by the World Bank, FAO and several governments, including Australia and New Zealand, would create yet another loophole for polluting companies in the North to continue emitting high and even increasing amounts of carbon. However, despite the growing hype and promotion of soil and agriculture carbon markets, there appears to be little prospect of them taking off in the foreseeable future: 97 per cent of all carbon trading worldwide takes place in the EU and the EU Emissions Trading Scheme rules out any land-based 'carbon sequestration' schemes until at least 2020. Some industry analysts are predicting the collapse of the EU's carbon trading scheme, with prices having fallen by 56 per cent already this year. The UN's Clean Development Mechanism has contracted by over 50 per cent since 2009 and its future is also in doubt. Several other countries are planning their own carbon trading schemes but it is not at all clear how those will develop. This leaves the voluntary carbon markets. These only account for around 0.1 per cent of the carbon markets and agriculture for just 2 per cent of credits traded within them.

While project developers such as Biochar Fund have created false hopes amongst farmers as far as carbon offsets are concerned, the IBI and other biochar advocates are looking to take advantage of other possible finance mechanisms promoted for 'Climate-Smart Agriculture’. According to FAO, those could include a redirection of existing funding for rural development and agriculture, including Overseas Development Aid, as well as public-private partnerships for practices claimed to sequester carbon and reduce greenhouse gas emissions. Amongst the practices promoted as 'Climate-Smart' are no-till, which often means mechanised no-till GM crops, more industrial livestock, more money for agribusiness companies to run sugar or palm oil mills on bioenergy, more agrofuels such as sugar cane ethanol, and more industrial tree plantations on farmland. Biochar is so far very much at the margins – just one of many dubious climate-fixes which we will increasingly see promoted and possibly financed through ‘Climate-Smart Agriculture’.