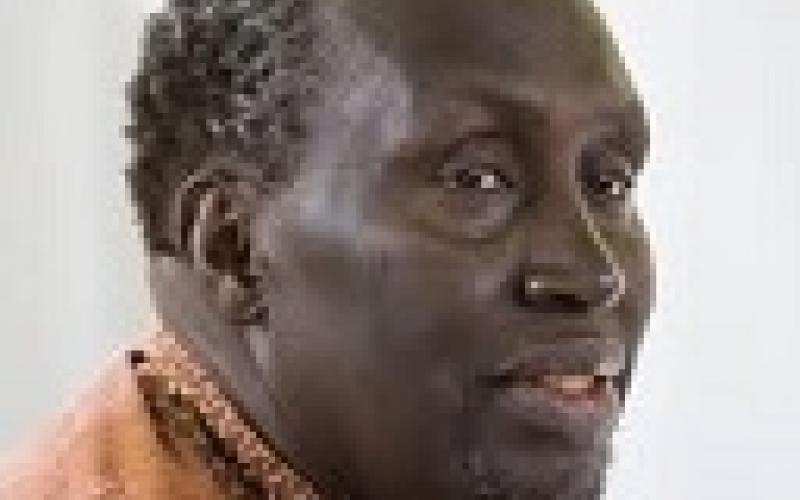 The artists, writers and thinkers of Africa must work towards a future based on Africa’s past, and not one reliant on a global system which is itself reliant on the subjugation of African culture.

“We are all Africans, period.” The iconic phrase of the All-African People’s Revolutionary Party; a Pan-Africanist organization, founded and premised on the core assumption of African unity. African peoples throughout the world must as a matter of course come together and be together. For progress, however defined, is not progress if some of us are left behind, marginalized, or co-opted. To begin to conceptualize an African future is to stipulate that there must be unity - the only source of actual power and the guarantor of the security of African interests. One need only be reminded of the work of Paul Cuffe in Sierra Leone, or Martin Delany in Abeokuta; of Edward Wilmot Blyden in West Africa or Walter Rodney in Southern Africa, not to mention the global struggle to end Apartheid. These connections were perhaps the most logical responses to European and American aggression toward peoples of African descent. We would be foolish to believe the fiction that our destinies are separate. Any reading of history refutes that assumption, while simultaneously revealing the inherent power of unity.

Historically, the manifestation of that unity was, and must continue to be, advanced across various realms, whether they be culture, politics, or language. But herein lies the rub, and perhaps the domain of any ensuing struggle for true African progress: these areas must be re-conceptualized in African terms. That is, an African future must reimagine the world in ways that give credence to our deepest and oldest sets of cultural and humanist traditions. They are not dead.

Visions for the future of Africa must move beyond the assumption that progress is tantamount to simply aping the processes that have led to, and will lead to, further integration into the world system. All concerned about true African “progress” must faithfully contextualize “modernity”, for the projection of modernity was premised on the subjugation of Africa. It could not exist without the fundamental reduction of Africa to storehouse of resources, the indomitable branding of this vast space as “dark,” and its people as less than normal. To acknowledge this is also to acknowledge that the repackaging of the modern world system as “globalization” cannot assuage this contradiction at its nucleus. Failures to recognize the latter are at the root of many of the failed policies aimed at the alleviation of African problems, many of which stem from the very imperial projects that have over-determined its “modern” appearance. What would an African future that transcends modernity look like? Is it possible; or are we forever doomed to articulate our possibilities as derivative of the project of Western world domination?

Central to the Pan-Africanist vision alluded to above were the ideas of African futures imagined by those whose principal weapons were words. The artists and writers. Those who have endeavored to think deeply, unencumbered by “term limits”, about the value of indigenous culture(s) in the process of the regeneration of Africa. I am speaking now of intellectuals like Ayi Kwei Armah, Wole Soyinka, Ngugi wa Thiong’o, and others that share their approaches to understanding contemporary Africa. These thinkers’ work has provided much inspiration to those of us in the Diaspora, who too have been “dismembered,” who too have been placed into nation-states created only to fulfill resource needs of a small sector of the global family, rather than those needs shared across all of humanity. Their words help us to see ourselves as human, within greater historical and cultural contexts than “modernity.” Along with the great philosopher-historians from Africanus Horton to Adu Boahen, it has been writers that have helped us “re-member” in order to craft a better future. Africa’s writers have forced us to confront the fact that African visions of humanity must also be recognized. In the grand scheme of ideological contestations about the future, they show the imperative that ‘any future vision cannot give African commentaries on the human condition’ short thrift. In the veritable “clash of cultures” these writers assuredly claim victory for their own.

Gerald Horne has recently written that the founding of the United States was not some inevitability. [1] This seemingly innocuous statement can be applied to all nation-states, even the very idea of the nation-state, a recent idea if one juxtaposes it to the records of African history. This simply means that in conceptualizing a future, some of us must be devoted to the patient job of the cultural worker, those who can imagine futures that do not reinscribe the institutional and social logics that structure our dominance. If the current world was created on the subjugation of the Africans, we cannot assume that this world is anything more than transient. Fortunately, a range of African thinkers have helped us in mapping out some projects that would be useful in ushering a new world into existence.

It is the work of Ayi Kwei Armah that has been at the forefront of this sort of conversation for the past two and a half decades. A novelist, essayist, and translator, Armah situates Africa’s future within a context that allows its past to live. Importantly, Armah cannot be charged with “romanticizing” this past, for he structures his work in a way that acknowledges the shortcomings of choices made by our ancestors, while also revealing that these mistakes should not be used as excuses to alienate our futures from our deepest historical foundations. Armah is able to employ the conceptual and philosophical import implicit in histories of ancient Africa in ways that resist the impulse to view such ideas as artifacts or moribund relics of a dead past.[2] Much like West African traditionalism for Amadou Hampate Ba, ancient Africa for Armah represents “a living tradition - one that if we are to properly understand how best to confront modernity, is imminently necessary.[3]

Wole Soyinka, a Nobel laureate, but far more importantly an advocate for indigenous knowledge and ideas, is similarly optimistic about the role that the latter might play in an African future. Soyinka’s latest project, Of Africa (2012), argues that one of the evils that continue to beset the continent is religious fundamentalism, and its concomitant promotion of exclusivity. Showing that they also represent political and economic interests, Soyinka’s critique of fundamentalism helps us to properly contextualize the form and function of modern instability in Africa, itself merely a symptom of the modern world system. Yet, Soyinka provides us with a way to look beyond a world and society that takes such conflicts as normative. Soyinka elevates what he terms ‘Orisa’, a traditional Yoruba way of knowing and living, as a way to imagine life without fundamental conflict. If Plato, Aristotle, Descartes, Hegel, or Marx’s ideas can be considered normative and universally applicable, why not the intellectual value of an Ogun? These suggestions are not mere retreats to a sort of cultural relativism, they are actually escape routes from the contradictions of African independence within a modern world system.

Finally, though not at all the final word, Ngugi wa Thiong’o’s work allows us to understand the power of language. The potential of any African future rests in the possibility of speaking to the world in its own way, of speaking its own truth. Language is a co-conspirator in such a mission. Ngugi’s recent works of essays, Something Torn and New (2009) and Globalectics (2012) show that modernity generated a context where the use of African languages became anathema. The logical choice then is to think about what was lost in that battle, and to determine if those losses could be recovered and used to animate a future world. This process has been pared down by Greg Carr as the act of “translation and recovery.”[4] This is long, hard work. But true freedom requires it. An African renaissance requires it. [5]

Fifty years is both a long and short time. It is long enough for us to change current narratives and restructure programs currently premised on the assumption that African people cannot or should not self-determine. It is, perhaps, too short to do all of the work required to free ourselves from what these assumptions have wrought. But start (or continue), we must. There have been important movements toward implementing the best of African cultural work into policy. One of the more promising developments on the continent is the construction of the national university in Congo-Brazzaville overseen by Theophile J. Obenga, the philosopher and linguist. African governments must devote resources to these types of initiatives and these types of intellects, for they represent the need to develop long-term solutions to the imposition of modernity on Africa. Africans in the Diaspora must support the continent and each other in the quest to unify and share our strengths, as many of us have “no country,” and still may not have one in fifty years absent a deep commitment to Pan-Africanist politics. An Africa free of the assumptive postures and philosophical premises of the project of modernity is the first step towards the amelioration of our condition and human advancement. African ideas can set the stage for such movement, if only we would translate and recover what is already around us.

* Joshua Myers teaches in the Department of Afro-American Studies at Howard University and is a board representative of the Association for the Study of Classical African Civilizations. He can be reached at [email protected]

[1] See his recent, The Counter-Revolution of 1776: Slavery and the Origins of the United States (New York: New York University Press, 2014), 3.
[2] For a listing of his works, see http://www.perankhbooks.com/page_books.html
[3] See Amadou Hampate Ba, “A Living Tradition,” in General History of Africa, Vol. 1, ed. Joseph Ki-Zerbo (Berkeley, CA: University of California Press, 1981), 166-205, http://tinyurl.com/pzjlzdw
[4] See Greg Carr, “What Black Studies is Not,” 15th Annual Donald Smith Distinguished Lecture, Baruch College, http://tinyurl.com/m9yqpo7
[5] This follows Ngugi’s interpretation of African Renaissance, which may be at odds with certain conceptions of this theme that reduce it to mirrors of the European renaissance. See Motsoko Pheko, “Which African Renaissance Are We Talking About,” Pambazuka News, http://www.pambazuka.org/en/category/features/90447 and my “Now, We Can Talk of Renaissance, African Deep Thought, ASCAC, and Africana Studies,” http://tinyurl.com/m5fpg9m