Ex-miners fight for justice in Swaziland 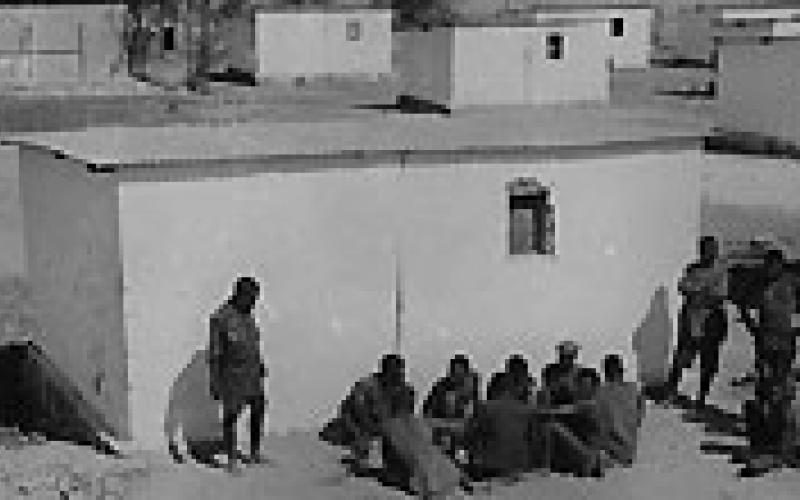 Peter Kenworthy highlights the work of a Swaziland organisation that campaigns for the rights of ex-miners.

‘We will always actively try to mobilise and conscientise our people so that they become aware of their rights and that they stand and fight for them.’

Cebisamadoda Nxumalo, coordinator of the Swaziland National Ex-Mineworkers Association (SNEMA), is speaking on the role of SNEMA in a broader struggle for Swaziland’s many poor.

SNEMA was formed in 2007 because the pensions of many mineworkers, invested by the Swazi state in a fund run by Fidentia Asset Management, have not been paid. Over 50,000 ex-miners and their widows from several countries in Southern Africa, including Swaziland, have been trying to get their pensions - totalling about one billion Rand - from Fidentia and its boss J. Arthur Brown, who has allegedly laundered the entire amount from Living Hands Trust, the mineworkers pension fund (See http://bit.ly/eieoQS and http://bit.ly/hop7hd for more information).

And according to the mineworkers, the Swazi state has not exactly been playing a leading role in helping them get their pensions back, choosing instead to leave it to the South African mining industry to sort it out.

SNEMA is a member of the Foundation for Socio-Economic Justice and has grown to have over 1,000 members, mainly from destitute rural areas of Swaziland. SNEMA initially focused on lobbying the Swazi and South African state for unpaid pensions, but has over the past few years assumed a more multifaceted approach.

The organisation educates people in their branches on human rights, democracy, poverty eradication, and other relevant issues - both because these issues are interrelated to the main purpose of SNEMA, that of retrieving their pensions and with them their livelihoods, and because many ex-mineworkers are unaware of how to claim compensation for occupational injuries or diseases.

‘My sharing in our community discussions on key socio-economic issues heightened my knowledge about my rights, and made me link this up with the extreme poverty levels that are evident in our communities,’ said one SNEMA member of the sense of empowerment and consciousness that SNEMA’s education programmes have given him. ‘Not only has it increased the levels of understanding and awareness about our rights,’ he continues, ‘but it has also yielded positive results in the sense that we are now more united. We believe that in the future, we shall wage a victorious struggle against unjust and undemocratic tendencies perpetrated by the state.’

One of the success stories of SNEMA, based on the increasing democratic and rights-based consciousness of its leaders and members, was its ability to take the Swazi state to court, and win (See http://bit.ly/feQThv)

The court case was over the Swazi states failure to provide free primary school education for everyone, as promised in the constitution, and although the Swazi High Court later reversed the court victory (see http://bit.ly/fHCY1x), the initial win was still an important lesson in the power of the combination of consciousness and mobilisation. Especially as a combination of traditional rule and a brutal clampdown on anything political in Swaziland has left large parts of the population politically apathetic.

Many Swazi men have worked in South African mines during the past one hundred years or so. Swazis were forced to become work seekers due to the hut and poll taxes that were introduced in the late 19th century and the land partitions in the early 20th century. The taxes were introduced because of labour shortages in the mining industry that had sprung up during the latter part of the 19th century in what was then called the Transvaal region of South Africa. As there was little opportunity for employment within Swaziland itself, huge numbers of Swazi men - at times up to well over a third of the male population - ended up working in South Africa, many on the mines.

South African mines have generally had a reputation for excessive levels of injuries, disease and fatalities, although this has somewhat improved in recent years. In 2009, 165 people died in mining accidents in South African mines as opposed to 309 people in 1999 (see http://bit.ly/ieZnoA). Tuberculosis amongst mine workers is amongst the highest in the world (See http://bit.ly/hRohS4)