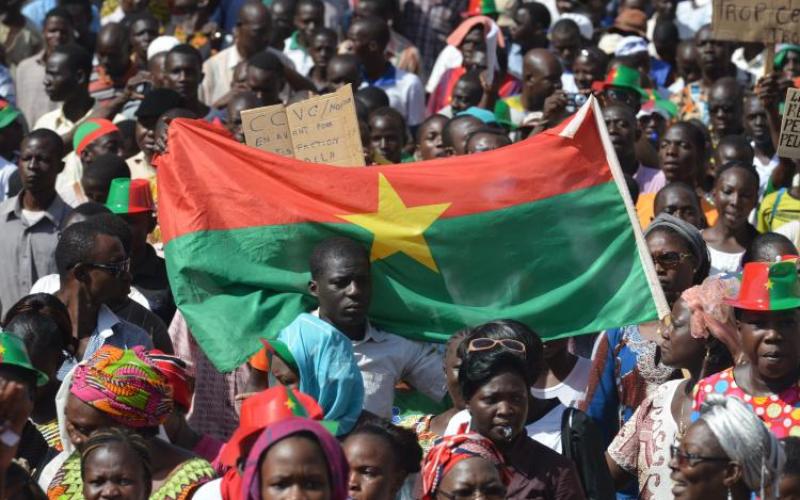 Despite Paris’s official condemnation of the failed coup in Burkina Faso, and a threat to impose sanctions if the coup leaders did not relinquish power, the incident once again brings to focus decades of French hegemony in ‘independent’ West Africa. Through political, security, economic and cultural ties, France maintains a tight stranglehold in Francophone Africa, both to serve its interests and maintain a last bastion of imperial prestige.

We always accuse the leaders of African countries of being corrupt and of not working in the interest of their citizens. However, even if they wanted to be honest leaders, they would not be able to do so.

Why? I have encountered very interesting information that sheds light on this controversial issue.

In this short article I will try to explain how African countries that were colonized by France are still beholden to their colonizers. The current relationship between African countries and France prevents successful African development and sovereignty.

1. The former colonies have to pay a “colonial debt.”

The newly “independent” countries are forced to pay for the country’s infrastructure that France takes credit for building during colonization. The amount of this debt varies depending on what country is paying the debt and how its infrastructure is developed.

The African country must deposit its national monetary reserves into France’s central bank.

In fact, more than 80 percent of the foreign reserves of these African countries are deposited in so-called “operations accounts” controlled by the French Treasury.

The countries themselves do not know, nor are they told how much of the pool of foreign reserves held by the French Treasury belongs to them as a group or individually.

Only a limited group of officials knows exactly the amounts of these operations accounts, where these funds are invested. France carefully hides this and other details from any African bank or government.

It is estimated that France now holds nearly $500 billion of African countries’ money in its treasury and will do anything to keep it. Moreover, the African countries do not have access to this money.

France allows them to access only 15 percent of the money in any given year. If they need more than that, they have to borrow at commercial rates from the remaining 85 percent - of their own money – that is held hostage by the French Treasury.

To make things worse, France fixes a limit on the amount of money the countries may borrow from the reserve. The limit is fixed at 20 percent of their public revenue in the preceding year. If the countries need to borrow more than that, France vetoes it.

In his recent video, the former president of France, Jacques Chirac said the French people should accept the fact that a large amount of the money in their banks comes precisely from the exploitation of former colonies on the African continent.

3. France claims the right to exploit any natural resource discovered in the country.

France claims it has the first right to buy any natural resources found on the territory of its ex-colonies. The African countries are also not allowed to seek other partners freely.

4. France forces African countries to give preference to French interests and companies in the field of public procurement and public biding.

According to government contracts, French companies must be considered first. Only after that can Africans connect with other foreign companies. It doesn’t matter if the African countries would benefit from a partner outside of France.

As a consequence, in many French ex-colonies all the major economic assets are in French hands. For example, in Côte d’Ivoire French companies own and control all the major utilities – water, electricity, telephone, transport, ports and major banks. The same situation exists in the field of commerce, construction and agriculture.

Through a sophisticated scheme of scholarships, grants and “defense agreements” attached to the Colonial Pact (the document that sets up the common currency for all Francophone countries – the CFA Franc), African countries send their senior military officers for training in France.

The situation in Africa now is that France has trained and nourished hundreds, even thousands of traitors. They are activated when France needs them to commit another coup d’état or create a disturbing political situation inside Africa.

6. France claims a right to deploy troops and intervene in the African country to defend France’s interests.

Under the conditions of defense agreements and the Colonial Pact, France claims a legal right to intervene militarily in the African countries and also deploy its troops permanently on their military bases.

7. The African countries are obliged to make French the official language of the country and of education.

The “Francophone” cultural and educational system, with several satellites and their affiliates, is supervised directly by the French minister of foreign affairs.

African people are pressured to speak French instead of their own languages.

That is extremely limiting. It has been suggested that if a person only speaks French, they will have access to less than 4 percent of humanity’s knowledge and information.

8. France’s former colonies are forced to use the colonial currency FCFA (the CFA franc).

This evil setup acts as a milk cow for France. It has been condemned by the European Union, but France is not ready to get rid of such a system that drains the African countries of their wealth and brings to about $500 billion annually to the French treasury.

9. The African countries are obliged to send France an annual balance and reserve report.

10. The African countries are prohibited from entering into any military alliance.

The African countries in general have military alliances with their ex-colonizers. Moreover, France forbids the Africans from looking for any form of military cooperation and protection outside of that offered by the French government.

11. The African countries are obliged to ally only with France during a situation of war or global crisis.

More than a million African soldiers contributed to the defeat of Nazism and fascism in World War II. However, this contribution is often ignored or underestimated. Since World War II, France has taken into consideration the fact that Africans may be used in the case of any military threat or war expectation.

In conclusion, France has been addicted to looting and exploiting Africa since the times of slavery. There are still French military bases and soldiers in Africa under the pretense of protection. But in fact they are there to control and oppress the local citizens.

A logical question is, why are there still 450 French soldiers in Côte d’Ivoire who are able to control a population of 20 million people?

Why do the so-called liberated and free African countries still pay a humiliating colonial tax? Is it not time to stop this complete hypocrisy and inhumanity?

* Anastacia Promskaya is with the Anti-Globalization Movement of Russia. This article was previously published by Uhuru News.