Home » Governance » The ICC is now an instrument of imperialism

The ICC is now an instrument of imperialism 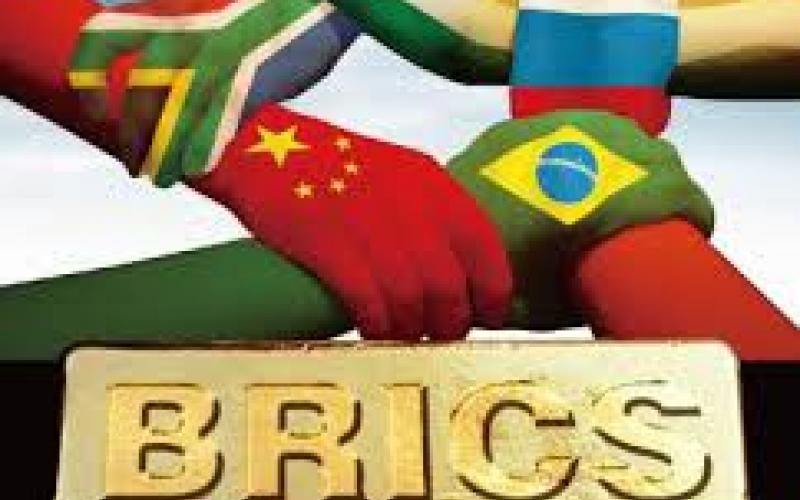 Former US President George W Bush and former British Prime Minister Tony Blair destroyed entire countries in their military adventurism. Yet they are free men enjoying their retirement without any fear of international justice. The ICC must have the substance and manifestation of justice and fairness.

The Rome Statute is the treaty that established the International Criminal Court (ICC). The ICC was to be an international tribunal and intergovernmental organisation that would prosecute all individuals for international crimes of genocide, war crimes and crimes against humanity. One hundred and twenty states voted for it and China, Iraq, Israel, Libya, Qatar, the United States of America and Yemen voted against. Twenty one states abstained.

The Rome Statute entered into force on 1 July 2002. Almost all African countries ratified the Rome Statute; the largest number to do so. They agreed with its objectives of punishing those who commit crimes against humanity, genocide and war crimes.

However, the ICC clearly targeted African leaders, turning a blind eye to countries like America and Britain, which committed war crimes and crimes against humanity in non-Western countries.

When the International Criminal Court was debated in the South African Parliament on 19 June 2009, I participated as a member of parliament.

“Madam Speaker, African leaders who have the propensity for tyranny and commit crimes against humanity must be severely punished in Africa through appropriate judicial institutions of the African Union. This is not to cast an aspersion on the integrity of the ICC.

“It cannot, however, be disputed that sophisticated weapons of war that kill Africans in civil wars in Africa and elsewhere, come from foreign powers. These are proxy wars fought for foreign interests. The African Union must be careful that it does compromise the sovereignties of its member states in an international game, which is not clean and whose credo is ‘might is right’.

“The Pan Africanist Congress [on whose behalf I was speaking"> observes that there is still a great deal of selective morality and legality in international politics. For instance, America and Britain occupied Iraq and killed thousands of Iraq’s women and children under the false pretence that Iraq possessed weapons of mass destruction. But this did not attract the attention of the International Criminal Court. Former President George W. Bush and former Prime Minister Tony Blair were never summoned to appear before the ICC. A country like America has not even signed the Rome Statute.

“Meanwhile former Liberian President Charles Taylor, who claims to have been initially supported by the American Government in his atrocities in Liberia and Sierra Leone, has been hauled before the ICC. Recently, another African leader in the DRC Mr Jean-Pierre Bemba is reported to have been arrested and sent to the ICC at Hague in the Netherlands to stand trial for alleged gross violations of human rights.

“Sooner than later, the International Criminal Court will be full of violators of human rights from Africa, but none from Europe and America.”

Thus far it is reported that the ICC has indicted 36 individuals. Those in the public eye have been Laurant Gbogno, former President of Ivory Coast, Maummar Gaddafi, President Uhuru Kenyatta, Deputy William Ruto and President Omar al-Bashir of Sudan. The Sudanese leader was the subject of media headlines in South Africa recently. There was an order on behalf of ICC that South Africa must arrest him.

This was despite the fact that he had officially come to attend the African Union Summit and was not a visitor to South Africa. He, therefore, had diplomatic immunity according to the principles of international law. This was also in spite of the fact that since 2009, this African leader has visited a number of countries, such as Saudi Arabia, Ethiopia and Egypt. These countries rejected the ICC request that they arrest the Sudanese president for alleged crimes in Darfur.

The United Nations Security Council has been divided over the issue of crimes allegedly committed by Omar El-Bashir in Darfur. It is not clear why the ICC expected South Africa to arrest Al-Bashir. In December 2014 the ICC was reported to have suspended its investigations against this leader. Moreover, the African Union meeting in Kampala in 2010 reaffirmed that its member states must not co-operate with the ICC in the arrest of Al-Bashir.

A judicial body must have the substance and manifestation of justice and fairness. It is difficult for fair-minded people and lovers of justice to ignore that not long ago, America and Britain invaded Iraq and sentenced to death its President Saddam Hussein for “weapons of mass destruction” his country did not have, except oil. The damage that American and British invasion has done has incubated the “Islamic State of Iraq and Syria” (ISIS). This has destabilised and created unprecedented chaos in the Middle East and poses danger to world peace.

What about Libya? As a result of the United Nations Security Council Resolution 1973, that was manipulated to invade Libya by America, France, Britain, Norway, Belgium, Denmark and Spain, Libya is today described as “a failed state”. Maummar Gaddafi had made Libya emerge in Africa as a home of citizens enjoying a “first world economy”.

A British columnist Owen Jones has written, “Libya is a disaster we helped to create. The West must take full responsibility for it.”

WESTERN SHORT MEMORY OF ITS ATROCITIES IN AFRICA

Why is the West having such a short memory of its own atrocities in Africa through slavery, colonialism and racism? Writing about the enslavement of Africans by European countries and their allies, the Rev. J.H. Soga has written, “Murder was the order of the day. Men, women and children were massacred, and the captives sold without regard to the ties of fatherhood, motherhood or offspring; the one ruthlessly torn from the other, as if the bond of love and compassion had no existence. Family on family, tribe on tribe were often completely swept away, not even an infant being spared; millions of the sons and daughters of Africa were sent to destruction as if they had been wild animals.”

Corroborating this historical fact, Stanton A. Coblentz has recorded, “…villages had been left desolate . . . children had been orphaned, mothers wrested from their sons, sons from their mothers, husbands from their wives. For these strangers from across the waters were pitiless hunters – hunters of human beings.”

In the “Belgian” Congo, “Each village was ordered by the Belgian authorities to collect and bring a certain amount of rubber. If they failed to bring the required amount, their women were taken away and kept as hostages . . . in the harems of government employees . . . if this method failed . . . troops were sent to the village to spread terror, if necessary by killing some of the men . . . they were ordered to bring one right hand amputated from an African victim for every cartridge used.”(As quoted in Introduction to African Civilisations by John G. Jackson page 310-311, also The Long Road to Humanity by Stanton A. Coblentz)

The result, according to British philanthropist Sir H.H. Johnston, was the reduction of the Congolese population in the Congo from twenty million people to nine million in fifteen years.

The worst known genocide occurred in Namibia in 1904. A well armed German army under General Lothar von Trotha drove Africans out of their land to the desert. Eighty percent of the Herero population perished there.

It is a good thing for Africa and justice loving people of the world that that South Africa did not arrest President Omar Al-Shabir and handed him over to the International Criminal Court. This act would have caused an African wound of divisions and instability in Africa that would take very many years to heal, particularly because South Africa wrongly voted for the United Nations Security Council Resolution 1973, which Western countries manipulated to kill Gaddafi and destroy Libya.

The 21st century demands a new world order of peace, stability and prosperity for all nations of the world. The practice of Western countries to sweep their atrocities under the carpet and want to bully Africa and other nations of the world shall dig a grave for them sooner than later.

Africa is against all kinds of tyrants and crimes against humanity. The way, the West goes about solving world’s problems and creating more terrorism and instability is endangering this world for mankind. All peace loving countries of the world must resolutely resist the ill-conceived and unjust approach by Western countries to world affairs.

The International Criminal Court must go to the drawing board. It must do what the Rome Statute established it for or gave way for better things to be done for the happiness of mankind on this planet.

* Dr Motsoko Pheko is author of several books and a former representative of the victims of apartheid at the United Nations in New York and at the UN Commission on Human Rights in Geneva as well as a former member of the South African Parliament.