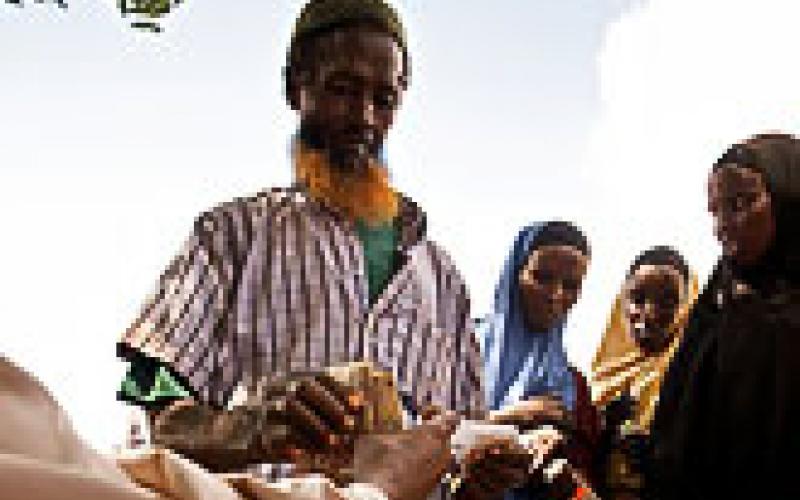 The relationship between Kenyan Somalis and the Kenyan state is ‘tumultuous at the best of times, and indifferent at the worst of times’, writes Abdinasir Amin. Although little has changed for the better since Amin’s grandfather’s time, Kenya’s new constitution brings hope for genuine acceptance in the future.

Nothing much has really changed since my grandfather’s time but there is much to hope for in the new Kenya. The relationship between the Kenyan Somali and the Kenyan State is still as tumultuous at the best of times, and indifferent at the worst of times. Or is it vice versa: where the best of times is when the State leaves you alone and the worst being when it interferes?

My grandfather (circa 1880-1943) lived separate from the State for the great part of his life and his only contacts with the colonial government were probably during the collection of the poll tax. The British colonial authorities in NFD and Somalia were spread thin for the most part with one man trying to establish order in a vast territory.

As long as the clans just got along fine and there were no major incidents, then the territory was ipso facto ‘governed’. My grandfather was killed at the close of the Second World War by the Gruppo Banda – a fierce and highly mobile unit of ethnic Somali troops put together by the Italians in their war against the British.

At the end of the war, the Banda were disbanded and were roaming through Somalia and the NFD; looting and killing. Family lore has it that two of the Banda approached the family home at dawn as the old man was getting ready to pray. One of them was armed and the other unarmed. They asked for food and other provisions (which naturally were unavailable in such a harsh and unforgiving environment).

Seeing that they were in a bind, two overzealous cousins of mine approached the intruders, pounced on them and tried to overpower them. However, the two intruders got away and unbeknownst to the family, there was a contingent of heavily armed Banda a few kilometers away.

The two men were scouts sent to scour the land for some food and some loot. The roughed up men got to the larger contingent with the news of a recalcitrant family that needed to be dealt with. Alas, they came back, all of them, and sprayed the mud and wattle adobe houses with bullets. Grandfather was seriously wounded and soon died of the bullet wounds.

My father (1914-1998) saw the transition from Colonial Kenya to Independent Kenya. Independent Kenya's relationship to the NFD was both acrimonious and indifferent. Acrimonious when an overwhelming majority of the community voted to secede and join newly independent Somalia.

The British ignored the results of the 1962 referendum and gave the territory to Kenya anyway. The result was the Shifta uprising that put the Kenyan state at odds with ‘its people’, with the interminable military operations that took life and limb. Indifferent because once the Shifta uprising was brought to heel, the vast NFD was left as a buffer zone between ‘lawful’ Kenya and ‘lawless’ Somalia.

This was especially true as Somalia descended into frequent quarrels, and at times outright wars, with its neighbours (the war with Ethiopia for instance, see side bar) in its attempts to get back territory inhabited by ethnic Somalis as part of a Greater Somalia. This turned into sheer anarchy in the late 80s, an anarchy that still reigns to-date after the fall of the Siad Barre regime.

My generation’s relationship with the State was forged in the above context. As a child, I remember my father’s small Philips radio sitting precariously on the window ledge of our small shop by the veranda. The radio was constantly tuned to Radio Mogadishu. The house (an Arab-style building) consisted of two large rooms out front - the shop and ‘restaurant’- facing the Wajir-Mandera road. Three other rooms were at the back, the living quarters.

It was the norm to hear Magool’s (a famous Somali musician) powerful voice wafting through the heat. Half-yodeling, half singing, she and Mohamed Suleiman would welcome the New Year ‘Neyrus’ and the promise of love.

Wadani or nationalistic songs were a constant staple on Radio Mogadishu (and by extension it’s listener-ship), urging the Somali troops not to surrender to the Ethiopians, to keep on fighting to the last man, to liberate Gothey, to keep pushing till Addis, to get back Ogaden ‘wrongfully’ given to Ethiopia by the Brits.

We were living under maajiisii, under Emergency Laws and the askaris would always ask ‘wapi kipande’ at every excuse and rape the women whenever it took their fancy. Dawn-to-dusk curfews were the norm and you couldn’t ‘manga-manga’ as you wished. Growing up in North Eastern Kenya gave my generation a fluid sense. We are (were) hyphenated Kenyans. Kenyan-Somalis. Or is (was) it Somali-Kenyans? To most, the order did not matter since anything outside of North-Eastern was ‘down-Kenya’, ‘down-country’ or simply ‘Kenya’. It was the psychology of the victim; of the oppressed, of the dispossessed.

The trip to Nairobi epitomized this ‘otherness’ as it was a real pain getting through the numerous roadblocks. At secondary school (for those lucky to come to national schools), the well-meaning secondary school-teacher would call you by various permutations of your unusual name. And when you finished school, getting the national identity card or that much-cherished passport was a nightmare.

As an adult with my own children (generation 4) I see hope of renewal. At the dawn of the new Kenya, the question of Kenyan-ness is the elephant in the room. What does it mean to be Kenyan? Who is a Kenyan? Are some people more Kenyan than others?

It is time for a paradigm shift; time for a national dialogue on minorities in Kenya. Without such a dialogue and the necessary understanding of each other as Kenyans, the fruits of the change we have fought for so hard will come to naught.

* Dr Abdinasir Amin is a Malaria case management and monitoring & evaluation specialist. He is also an observer of the human condition.
* Please send comments to [email protected] or comment online at Pambazuka News.