Kenya’s universities and counties should not have ethnic names 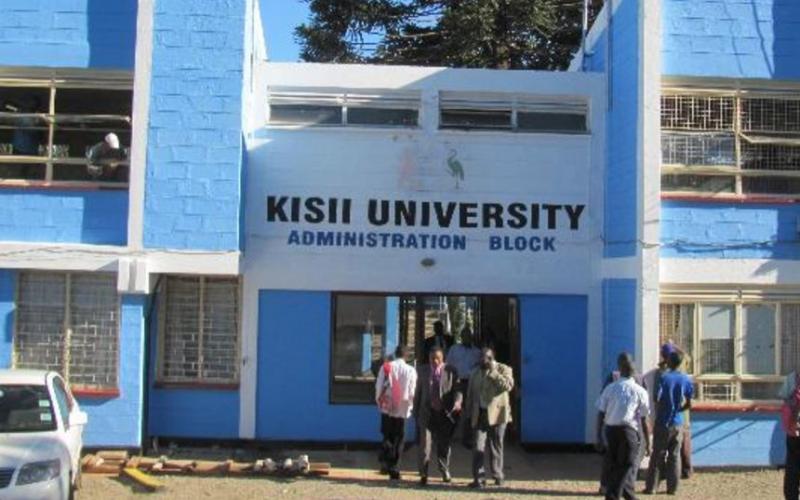 Universities are public entities and should never bear the name of an ethnic group. Similarly, counties belong to all Kenyans according to Kenya’s constitution and should therefore not bear the name of any single ethnic group, given that no county in Kenya is inhabited by a single ethnicity. All the 47 counties in Kenya are inhabited by many ethnic groups although there are those with one or two dominant ethnic groups. There are many counties in Kenya that bear ethnic names - Kisii, Nandi, Meru, Embu, Taita-Taveta, Turkana, Tharaka-Nithi, Elgeyo-Marakwet, West Pokot and Samburu - that need to be changed.

Naming counties after some ethnic groups goes against Kenya’s national constitution, which states that all Kenyans are equal and can inhabit any part of the country. If Kenyans are equal then all ethnic groups should not have their names on any county because it isolates others. Why are some ethnic groups allowed to name their counties by their tribes while others are denied the privilege? This amounts to discrimination based on ethnicity and against the Bill of Rights in our constitution. It is wrong, for example, to have a county called Samburu when there are other people such as Turkana, Rendile, Borana, Meru and Kikuyu living in that county apart from the Samburu people.

Names are very important and people would do anything to retain a name they like. I recall sometimes back when former President Daniel Moi ordered change of names for all sports clubs bearing ethnic names following constant fighting between supporters of Abaluhya Football Club (AFC) and those of Gor Mahia. The leaders of AFC came up with a new name, All Footballers Club (AFC) Leopards in order to retain the initials AFC. Gor Mahia leaders also came up with Golf Olympic Rangers (GOR) in order to retain GOR as the name of their club.

We need to rethink the whole notion of naming, because a name is very important. There have been indications that members of ethnic groups whose name counties bear have a sense of entitlement for positions in the county compared to counties where names are neutral and have no ethnic markers. The National Cohesion and Integration Commission (NCIC) under chairman Francis Ole Kaparo should act immediately to order the name changes on our counties with immediate effect. NCIC has capable commissioners such as Prof. Gitile Naituli and Dr. Joseph Wamocha Nasongo who understand the implications of naming and should make sure they change these names. The same should be done for universities which bear ethnic names for they violate the Bill of Rights and need to build an inclusive society.

Nandi County could be called Kapsabet County, or Lelmokwo, or Chepsonoi or Kaiboi, or any other town in the county. Meru County could be called Nkubu County or Ikuu or Kenyakine County. Embu County could be called Runyenjes, Manyatta, Kigari or some other famous market or hill or river in the county. Did we run short of names so as to begin calling counties and universities ethnic names? It is worse for universities which are supposed to universal or global and yet they are associated with some narrow ethnic interests thereby demanding that Vice Chancellors come from the ethnic group which the university is named after. Kenya has progressive Cabinet Secretary for Education, Science and Technology, Dr Fred Matiang’i, who is likely to order for name changes.

I was recently in South Africa and met many prominent scholars who kept asking me what we in Kenya were doing to honour great Kenyan scholars such as the late Prof. Ali Mazrui and late Prof. Thomas Odhiambo, yet we continue churning universities with community and ethnic names. Prof. Ali Mazrui was a mega-scholar, a distinguished professor in social sciences, while Prof. Thomas Odhiambo was the founder of the world famous International Centre of Insect Physiology and Ecology (ICIPE at Duduville, Kasarani and ICIPE Field Station at Mbita Point) and founder of African Academy of Sciences. The scholars I met wondered why universities are being given ethnic names when there is a long list of scholars who could be named after them.

In the US, the first lesson at state building was to ensure that no state or public institution bore an ethnic name. It was acceptable to name states after individuals given the roles they had played in setting them up. This has ensured that the states remain accessible to all ethnic groups. There were attempts by Irish and German immigrants to name states after their European ethnic identities but this was strongly resisted.

In the UK, naming regions after the four ethnic groups – English, Irish, Scottish and Welsh – has created some of the worst nationalist uprisings and xenophobia, in which thousands have been killed. But United Kingdom leant early that universities should not bear ethnic names.

Kenya can borrow from Nigeria (not many countries borrow anything from Nigeria) and de-ethnicise names of counties and universities. This will cultivate a national and positive energy in the country that will promote our counties and universities into global giants. Universities should not be symbols of ethnicity where locals gather for small talk, local gossip and discussion of mundane things such as circumcision, payment of dowry, installation of clan elders, lists of witches, weddings and funeral and burial plans. It is not surprising that universities bearing ethnic names are headed by Vice Chancellors from those communities, which is rather unfortunate.