Nigeria: Emerging from the brink 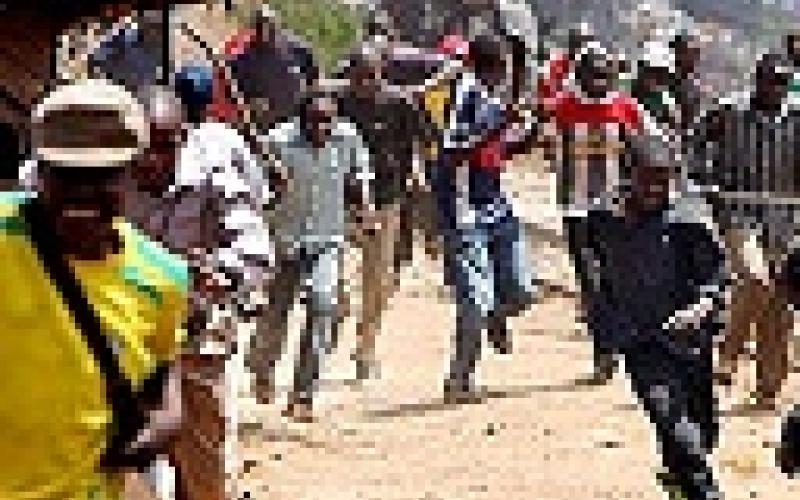 The political situation in Nigeria is increasingly grim. Pre-election violence and hate have risen in the past weeks. The nation’s war against Boko Haram extremists is not yet won. There is a lot of worry about whether the elections postponed to next month will pass off peacefully. It is time for all Nigerians to put their country first.

The title of this piece is a modified version of John Campbell’s 2010 masterpiece, ‘Nigeria: Dancing on the Brink’. In it, the former United States ambassador to Nigeria bemoaned the fate of democracy and governance in these words: “Governance, let alone democracy, faces grievous structural challenges in Nigeria.” Five years after the first edition of that book was released, Campbell’s words still stare us in the face. It would seem that every time we come close to making a successful transition, there is a serious crisis.

The 2011 general election was characterized by pockets of violence. The investigative panel established by the federal government reported that nearly 1,000 people died and property worth about $19m was destroyed. Already, the National Human Rights Commission in its report this week is reporting about 58 deaths in pre-election violence as of February 2015. The question one might wish to ask is why does violence attend elections in Nigeria? Why does the cycle of violence keep recurring?

Perhaps a simplistic answer might be, lucrative political offices. The idea that people seek political office for what it offers them – power, connections and often questionable wealth – rather than what they can offer has gained traction particularly since it emerged that Nigeria’s legislators are some of the best paid in the world. But there must be more to this than earnings.

The quest for power ought to be accompanied by the desire to use it for the “greatest good of the greatest number.” In our context, it seems power is wielded in a manner that excludes people of other persuasions. Elections have become a zero sum game. If you win, you have access to everything. If you don’t, you’re treated as an outcast. Elsewhere, opposition politics aims to deliver the goods for citizens whose voices would otherwise be silenced. In Nigeria, opposition is perceived as the official enemy and often, unfortunately, plays politics of enmity rather than ideas. This is one reason Nigeria’s fledgling democracy is under-performing.

There is also something to be said about over-reliance on a single income stream. Despite its incredible agricultural and solid minerals potential, Nigeria continues to operate a mono-economy. Her main source of income – oil – is as volatile as it is a diminishing asset. In the wake of falling oil prices, citizens have been compelled to adjust to a system where salaries are not paid as and when due and inflation is on the increase. To make matters worse, the national currency has been devalued. If only we sustained the tempo of agricultural and solid minerals development from the 1960s, perhaps, we might have become the leading exporter of crops such as cocoa, groundnut and oil palm as well as minerals like coal and bitumen.

The near-total dependence on oil also creates a scenario where component units of the federation – states – rely heavily on oil receipts to run their economies although many of them have the potential to sustain themselves and even contribute to the national purse. This penchant for dependence has unfortunately thrown up administrators whose primary preoccupation is travelling to the seat of power, Abuja, to collect monthly allocation and then sharing them according to their whims and caprices. The average Nigerian outside government is worse off for this.

This background is useful to understand how we got to the point where routine elections are almost perpetually controversial. Nothing can be taken on the face value and everyone is perceived to have an ulterior motive. Although Nigerians should retain the right to elect people of their choice in a free, fair and transparent manner, entrenched interests appear to be contending with the will of the majority. How then can we get out of the woods?

For one, the Independent National Electoral Commission (INEC) must be allowed to undertake its statutory responsibility of conducting the 2015 elections without interference from any quarters. The idea that an election scheduled over one year ago could be unceremoniously shifted barely one week before is rather unfortunate. More so when INEC continuously offered assurances that it was ready to proceed with the elections. The excuse of military operation in the north-east, as plausible as it may sound, does not engender confidence given that the election could have proceeded in all but the four states in which military operations are supposedly on-going. Many Nigerians still struggle to understand why the same military that assured of its readiness to provide security for elections weeks earlier suddenly realized that it was no longer in a position to keep its promise. In a democracy, the military ought to be under civil authority and not the other way round. That institution needs to insulate its personnel from partisan politics to continue to command the respect of right thinking individuals in society.

The question of “permanent voters cards (PVCs)” collection rates is a bit more difficult because, on the one hand, there is no legal obligation to collect these cards and therefore they will be individuals who, having lost interest in the political process, may be unwilling to collect their cards. On the other hand, we have heard a number of individuals who claim to have made several spirited attempts to collect theirs without success. Suffice it to note that we cannot have 100 percent collection for several reasons, including attrition, deaths, displacement and relocation. However, there ought to be a minimum threshold beyond which we should proceed with elections as we cannot wait in perpetuity. As of February 18, INEC chairperson Attahiru Jega announced about 75 percent of registered voters had collected their cards across the country. However, he admitted that between 800,000 and 1,000,000 cards had yet to be printed – prompting proponents of election postponement to say INEC was not ready after all.

Questions have been raised about the balance of collection rates across the country as well as statistically questionable collection rates such as 97 percent in parts of the country experiencing extreme violence. There are no easy answers to these questions but one would hope that INEC will verify and validate its figures to avoid needless controversy. We also hope that all the cards will be ready and more people would have collected by March 8 when the exercise is expected to end. Either way, PVCs will no longer be an acceptable excuse for holding up these elections.

Although it is difficult - given our peculiar history - the political class ought to think more in terms of the continued existence of Nigeria than their parochial interests. That would hopefully inspire them to think carefully before making any statement. In the recent past, politicians have caused disaffection in the polity by their recourse to hate speech and ethic/religious bigotry. It is time to bring convincing arguments to the electorate. Religion and ethnicity without more cannot produce good governance and strengthen democracy. They will only succeed in polarizing a country that is better off staying together.

For the electorate, it is time to say no to violence, bigotry and distractions from politicians who mean evil for Nigeria. It is time to ask the right questions – what do they bring to the table? What improvements should we expect if we give them our mandate? If they are requesting another mandate, how well did they fare in the first? Why should we re-elect them? These and more questions should form the basis of our decision not the money – often our money – that they throw around. We must stand up to the political class and let them know we are equal stakeholders in the entity called Nigeria. It is time to change the dynamic.

The best guarantee against further violence in the build-up to the 2015 elections is respecting the wishes and aspirations of the electorate – freedom to campaign anywhere in Nigeria; no hate speech during campaigns; equal access to media for aspirants; access to permanent voters cards to eligible and interested citizens; non-partisan security and electoral officials and no further postponement of election dates. If politicians and other stakeholders play by the rules, we can be rest assured that Nigeria will pull back from the brinks with limited reputational damage.