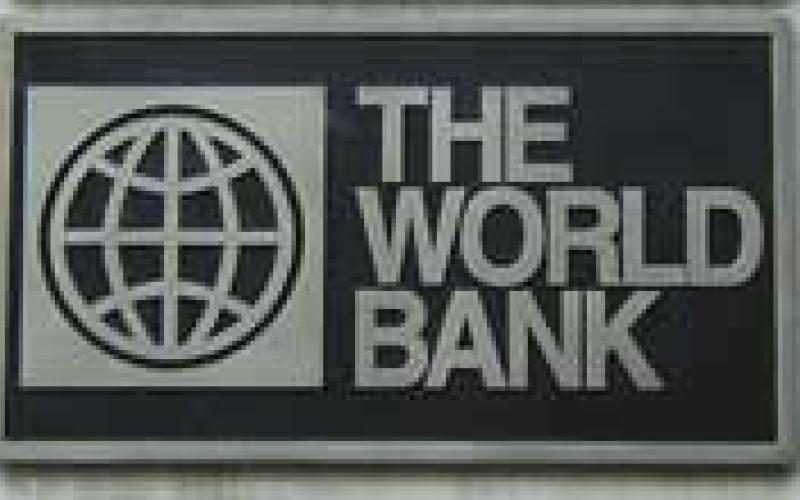 The 'Africa Development Indicators 2010' report, with its emphasis on the 'quiet corruption' of public sector workers supposedly not fulfilling their roles, is the latest attempt by the World Bank to wash its hands of its primary role in Africa's continuing impoverishment, writes Yash Tandon.

The 'Africa Development Indicators 2010' report on 'quiet corruption' is one more example of the World Bank's distractive politics. Distractive because it seeks, wittingly or unwittingly, to sidetrack issues that are fundamental to understanding the continuing poverty and underdevelopment of Africa. Distractive also because it seeks, probably consciously and purposely, to exonerate the World Bank from its own role in perpetuating Africa's mal-development.

What does the report say? The report essentially makes three points.

Firstly, it invents or borrows a new concept – 'quiet corruption' (QC) – defined essentially as the failure on the part of public servants to deliver services or inputs that have been paid for by the government, corrupt practices downstream at the frontline of public service provision. The most prominent examples are absentee teachers in public schools and absentee doctors in primary clinics. Others include drugs being stolen from public clinics and sold in the private market, as well as subsidised fertilizer being diluted before it reaches farmers.

Secondly, the report argues that 'quiet corruption' is not only pervasive and widespread in Africa, but it hurts the poor disproportionately, and it can have long-term consequences. As Obiageli K. Ezekwesili, the World Bank's Africa region vice-president, says in his foreword, 'Denied an education because of absentee teachers, children suffer in adulthood with low cognitive skills and weak health. The absence of drugs and doctors means unwanted deaths from malaria and other diseases. Receiving diluted fertilizer that fails to produce results, farmers choose not to use any fertilizer, leaving them in low-productivity agriculture.'

Thirdly, QC doesn’t make headlines, the way, for example, that bribery scandals do. It has yet to be picked up by Transparency International and other global indexes of corruption. In order to make this point, the report embellishes a photo on its cover of an iceberg symbolising that QC is deep in the ocean. What is visible on the surface is a small part of this scourge, one that, the report argues, is the cause of so much misery in Africa.

Let us, before we make a critique of the report, give it its due. There is no denying that 'quiet corruption' as defined by the report does exist. It is important to take cognisance of this reality, not only in Africa but in the whole world. To single out Africa is unfair. Even so, it didn’t need a whole 200-page report to make the above points. The report is repetitious, making the same point over and over. A bit of editing could have reduced it to a more user-friendly report of no more than 50 pages, and, above all, reduced the cost of production and distribution, disallowing a bit of 'quiet corruption' within the World Bank itself. This, however, is a minor failing compared to more profound failings of the report.

Where does the report go wrong?

First its exaggerated claim that 'quiet corruption' is in its own words so 'lethal' that it 'undermines Africa’s development', and that it significantly explains why Africa is unable to meet its Millennium Development Goals (MDGs). The report says: 'The widespread prevalence of big-time and quiet corruption in Africa significantly undermines the impact of investments to meet the Millennium Development Goals (MDGs). In the parlance of this essay, the iceberg of corruption is sinking considerable efforts to improve the well-being of Africa’s citizens, particularly the poor who rely predominantly on publicly provided services. Specifically, corruption and poor governance help explain why increased funding allocations, such as those aimed at meeting the United Nations Millennium Development Goals (MDGs), have not necessarily translated into improvements in human development indicators, particularly in Africa'.

Let us examine this claim with a clear mind. What it says is that investments aimed at meeting the MDGs in Africa are undermined because petty bureaucrats, teachers, doctors, nurses, customs officers – indeed, the entire middle-level public service – are the bane of society. They are the ones responsible for Africa's failure to meet the MDGs. To provide this claim with empirical evidence, the report cites several examples.

Uganda appears to be in the worst situation in the matter of teacher absenteeism, for example. The report cites some secondary sources to 'prove' its point. In western Kenya, Glewwe, Kremer and Moulin (2009) document that 12 per cent of teachers were found to be outside the classroom when they should have been teaching. An even higher fraction is estimated in Uganda, where nearly one-third of teachers found were not in the classroom during learning periods (Habyarimana 2007).

Another example of 'quiet corruption' is in the transport sector. The report cites a study by Teravaninthorn and Raballand (2008), who constructed a dataset of transport costs and prices covering 11 routes and 7 countries. The study found that 'corruption tax' (to use the word employed in the report) in the form of levies that policemen and custom officials charge is significant in West Africa – about 20 to 27 per cent, although, surprisingly, this 'tax' is almost insignificant in eastern and southern Africa, at 1 per cent. And in Tanzania, it appears it is the doctors and nurses that bear the brunt of malaria-related deaths. The report cites two studies (de Savigny et al 2008; Das and Leonard 2009) to show that in rural Tanzania nearly four out of five children who died of malaria sought medical attention from modern health facilities. The report concludes, 'A range of manifestations of quiet corruption, including the absence of diagnostic equipment, drug pilfering, provider absenteeism, and very low levels of diagnostic effort, all contributed to this dire statistic.'

There are at least three things wrong with this kind of analysis and 'reporting'.

One is methodological. Various researchers employ various methodologies in their surveys, as well as various conceptual categories. Neither the concepts nor the research methodologies are comparable. Any casual reader would find it an astonishing discovery, if the above-mentioned statistics are anything to go by, that in East Africa for example, teachers appear to be the most corrupt in the whole of Africa, but policemen and customs officials, by comparison, appear to be the paragon of virtue!

The second is the improper use the World Bank makes of this secondary literature it quotes in the report. The authors and researchers might have their own reasons for carrying out the research they did, and they might have their own explanations for things like teacher absenteeism. Moreover, they do not go on to say that these kinds of 'malpractices' by teachers, doctors, nurses, customs officials, policemen and lower- or middle-level bureaucrats provide an 'explanation' for the failure of Africa to reach the MDGs. This is the World Bank's conclusion, and not of the authors and researchers they amply quote. It is opportunistic, to say the least, for the World Bank to abuse the authority of scholars to massage its own preconceived conclusion, and to 'prove' a point that these scholars are not making.

The third criticism of the report, and this is the most 'lethal' (to use a word the report uses in relation to 'quiet corruption') to the World Bank's argument, is that by drawing attention to petty corruption (which, admittedly, exists in Africa, as indeed in most parts to the so-called 'Third World'), the World Bank tries, in vein, to shield its own culpability in the creation and perpetuation of the condition of poverty and underdevelopment the countries of Africa (and other countries in the Third World). It is a known fact that in the 1980s and 1990s, the World Bank, together with the IMF (International Monetary Fund) and the so-called 'donor' community and the World Trade Organisation (WTO), devised a fairly elaborate system of what was called the structural adjustment programmes (SAPs) and later the poverty reduction strategy papers (PRSPs) which, in return for 'development aid', forced these countries to adopt premature liberalisation, privatisation of their economies and other such policies. Ample evidence has mounted since then to show, incontrovertibly, that the SAPs had devastating consequences, including deindustrialisation and mass unemployment in those countries that had adopted the SAPs and PRSPs. For additional on-the-ground evidence of the effects of SAPs on the economies of Bangladesh, Ecuador, El Salvador, Ghana, Hungary, Mexico, the Philippines, Uganda and Zimbabwe, see Structural Adjustment Participatory Review International Network (SAPRIN) (2004), 'Structural Adjustment: the Policy Roots of Economic Crisis, Poverty and Inequality' (Zed Books).

It is out of desperation and the necessity of survival that had then forced teachers, nurses and lower- or middle-level bureaucrats, those that could not emigrate to the West (and thousands did), to resort to petty corruption at home. This does not excuse their actions. But that does go a long way to help understand the root causes of the so-called 'quiet corruption' which now the World Bank blames for the failure to attain the MDGs in Africa. African countries have indeed failed to attain the MDGs. The bulk of the blame should be laid at the door of the IMF, the World Bank, the WTO, the so-called 'development aid' from the 'donor community', and, let us not shield them, the top echelons of the governments in Africa. It is 'grand corruption', not 'quiet corruption' that has much to answer for Africa's under- and mal-development.

One final point needs to be made. The World Bank Vice-President Obiageli K. Ezekwesili argues in the foreword that 'It will require a combination of strong and committed leadership, policies and institutions at the sectoral level, and—most important—increased accountability and participation by citizens, the demand side of good governance' to get rid of corruption. We cannot agree more. But the World Bank is hardly a model to emulate. The whole process of imposing the structural adjustment programmes on Africa was top-down. Once this was completed, members of civil society and NGOs (non-governmental organisations) were invited to make their input. This was called 'participatory planning'. Many of these NGOs were also funded by the donors. The NGOs were supposed to represent the people. They were a substitute for the people. Once the World Bank had involved the NGOs, it could say, 'The people were consulted; we have embarked on a people-driven process.' Once the fig leaf was in place, the implementation of the 'plan' could go on safe in the media-hyped illusion that the people had 'participated'. The fig leaf could scarcely cover the bank's nudity.

The 'quiet corruption' of lower- and middle-level bureaucrats, teachers, nurses, policemen and customs officials in Africa, although indefensible, is, in its proper context, a 'quiet resistance' against the daily practice of 'grand corruption' of the ruling oligarchs and plutocrats in Africa in connivance with the donor community and the 'grand coalition' of the World Bank, the IMF and the WTO.