AU strategy for collective withdrawal from the ICC a non-starter 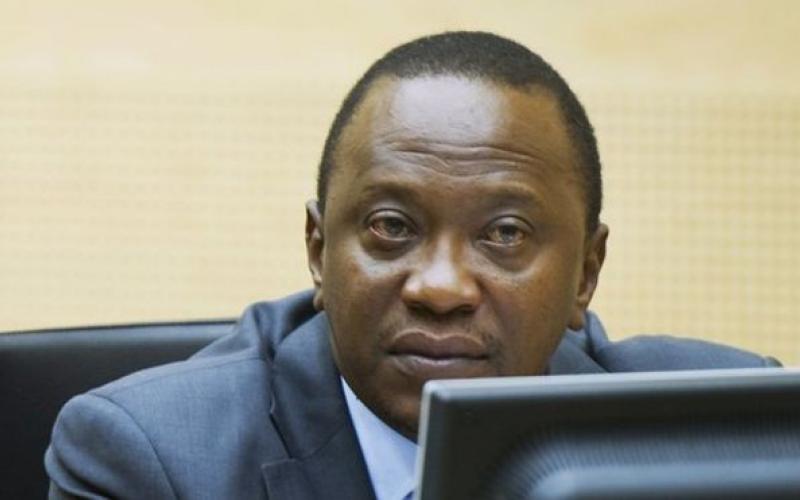 A good deal of the ill-feeling within the AU toward the ICC has been generated by Kenya’s political leadership, whose president, Uhuru Kenyatta, and deputy president, William Ruto, were under investigation by the court for crimes against humanity committed during the 2007-2008 post-election crisis. They have successfully converted personal interests into continental grievance.

For some time now, parts of the media have portrayed Africa’s relationship with the International Criminal Court as relentlessly negative and antagonistic. This has played perfectly into the hands of some African leaders who have been hell-bent on presenting the court as a neo-colonialist body attacking Africa, rather than as an instrument capable of holding anyone — including those same leaders — accountable for crimes like genocide, torture, and rape of their own citizens.

That those leaders had an axe to grind could barely have been more obvious, yet they have managed, to some degree, to raise serious doubts about the court and the way it works.

The African Union recently passed a resolution to collectively support a strategy to withdraw from the ICC. The resolution is premised on an argument previously fronted by AU states, that the ICC is biased and has unevenly focused on Africa and its leaders, while ignoring abuses by Westerners. In truth, it looks more like a machination of those who have instrumentalized an argument against the court to protect themselves from the long arm of justice.

The resolution is underwhelming for a number of reasons. First, it is non-binding. Legally nothing has changed and no member state is any closer to leaving the ICC as a result of it. It is political theater, not a practical decision. Second, its focus is on AU states “considering how to implement collective withdrawal,” rather than actually doing it. Third, each state would have to withdraw individually under the rules they signed up to when they voluntarily joined the court. So-called collective withdrawal from the treaty is not a legal option.

Most important of all, the resolution demonstrates very clearly that the states of the African Union do not have a common position on ICC withdrawal. They did not unanimously endorse the decision, and some countries have issued reservations against the strategy (including Cape Verde, Malawi, Nigeria, and Senegal) and others have strongly supported the ICC.

Much excitement arose last fall when South Africa, The Gambia, and Burundi all indicated an intention to withdraw from the court. It was serious stuff that should not be under-estimated, but it was also much more about domestic politics and personal agendas than it was about the ICC.

Nothing shows this more clearly than The Gambia’s position. Former President Yahya Jammeh announced the country would withdraw from the court in characteristically intemperate language. His successor, Adama Barrow, has since rescinded the decision, reiterating the country’s commitment to human rights, democracy, good governance and respect for the rule of law. Perhaps unsurprisingly, the news “Incoming Gambia President says ICC is a good thing” has not generated the same headlines as Jammeh’s withdrawal announcement.

A good deal of the ill-feeling within the AU has been generated by Kenya’s political leadership, whose president, Uhuru Kenyatta, and deputy president, William Ruto, were under investigation by the court for crimes against humanity committed during the 2007-2008 post-election crisis. They have successfully converted personal interests into continental grievance.

Burundi’s withdrawal announcement came in the context of rising violence, suggestions of imminent genocide and a deeply unstable political leadership.

South Africa’s reason for withdrawal is just as mysterious as the rest. President Jacob Zuma’s government was found to have acted unlawfully by South Africa’s courts in how it facilitated the exit from the country of Sudanese President Omar al Bashir, who is wanted by the ICC. It is unclear what Zuma stood to gain from such energetic assistance to a man accused of genocide, but dressing it up in language about the ICC not being fit for purpose echoed of convenience more than persuasion.

The AU has adopted a treaty (the Malabo Protocol) to establish a court that might replace the ICC in some way. The Protocol needs 15 ratifications to come into force. After three years it still has none. It cannot, therefore, be relied on exclusively to deliver justice to victims of mass crimes on the continent any time soon.

The protocol provides that heads of state and senior officials would have immunity from prosecution. It is perhaps the most eloquent exposition of what is really at the heart of criticisms of the ICC: the protection of the powerful. There may be some merit in the idea of an African Court if it has the financial muscle and political will to perform credibly, but nothing points to either being the case at the moment.

While the ICC has its failings, they are not insurmountable. African States should make use of the available mechanisms under the Rome Statute, which created the ICC, such as the Assembly of State Parties and the United Nations Security Council, to address their legitimate concerns.

Leaving the ICC without a credible mechanism in place to prosecute international crimes is not only about shielding the powerful elite from accountability, it also undermines the AU’s commitment to fighting impunity for grave crimes, as articulated in its different legal instruments. Most important, it would also create an impunity gap and leave victims of heinous crimes in countries with weak judicial systems with no recourse to justice.