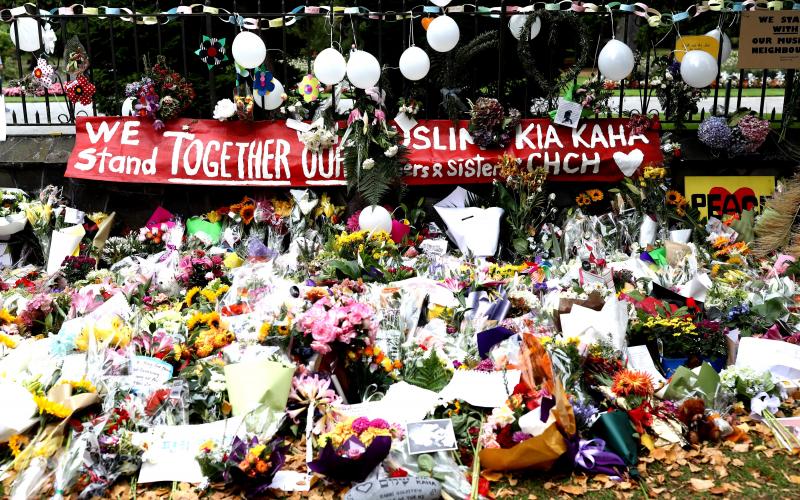 The massacre in Christchurch mosques raises doubt about the applicability of the theory by Martin Luther King Jr. that injustice anywhere is a threat to justice everywhere.

White supremacists have been reported celebrating the shooter as a hero while the shooter hailed President Donald Trump as a hero of white nationalism. Perhaps, white supremacist terrorism is an exception to the universalistic Ubuntu thesis of Desmond Tutu, which states that, “I am because we are”. Chinua Achebe also saw postcolonial genocide as a contradiction of African traditional preference for tolerance of difference.

On further reflection, however, it is clear that racist-imperialist-patriarchal violence has repercussions that are felt by all across the world, though not in equal proportions. The white supremacist terrorist travelled from Australia to go and commit the massacre in New Zealand and so it may be a good idea to look at conditions in Australia that may have produced that level of hatred and intolerance and how the repercussions are felt by all to different extents.

In June 2018, media reports indicated that Australian troops in Afghanistan displayed a Nazi flag on their tank and collected killings as trophies. The terrorist shooter in Christchurch may be the same age as the Australian troops who identified with Nazism and could admire them. Officials were reported as saying that such white supremacist ideologies were not consistent with Australia. But indigenous peoples in Australia say that they have been at the receiving end of such genocidal white supremacist violence institutionalised by the settler colonial state and supported by individual genocidists for centuries.

Irene Watson applied the indigenous Australian story of the giant frog to legal theory as an explanation of the survival by those who governed the land cooperatively for thousands of years prior to being buried alive by colonisers. Moana Jackson applies indigenous Maori theory to critique imperialist scientism that attributed to indigenous peoples, “warrior genes”, when they were gardeners without repressive fetishes like the prison for thousands of years before being criminalised. Chris Cunnneen, Juan Tauri, Harry Blagg, and Thalia Anthony, among others, condemn the over-incarceration of indigenous people and call for the decolonisation of the justice system and the entire society. Deathscapes focuses on the mapping of indigenous deaths in custody.

It is a fact that the white male terrorism that claims many lives around the world also claims hundreds of white Christian lives just as ISIS violence also claims Muslim lives. That is right, terrorist white men tend to kill many white men in settler-colonial locations. They also kill white women and rape them in large numbers in militaristic Australia, the United States, Russia, etc.

Official reports show that homicide rates in Australia occurred mainly through stabbing (38 percent), beating with fists (24 percent), other means such as poisoning claimed 15 percent, while gunshots claimed 13 percent and 8 percent of homicide victims died of unknown causes from 2012 to 2014.

This indicates that the banning of assault weapons by the government may not be enough to address the threat of white supremacist violence that has a long history of being institutionalised. Mass violence is not mainly a problem of individual attitudes or choice of weapons but also a problem of institutionalised ways of doing violence that brutalise the conscience of white supremacists who may seek to strike again even against fellow white men. With 64 percent of homicide victims in Australia being men who are also six times more likely to commit homicide compared to women and with 45 percent of the killings taking place at home, racist-imperialist-patriarchal violence is a systemic threat to all.

If angry poor white male Australians knew this, they would join the struggles to end the colonial system of mass incarceration and oppose imperialist militarism, racism and sexism, which are articulated to escalate intolerance at the expense of all. Part of the solution may be the establishment of Love Studies to replace military academies, to study the decolonisation paradigm, and to support reparative justice for indigenous peoples in the interest of all.