Corbyn as Prime Minister would matter in Western Sahara 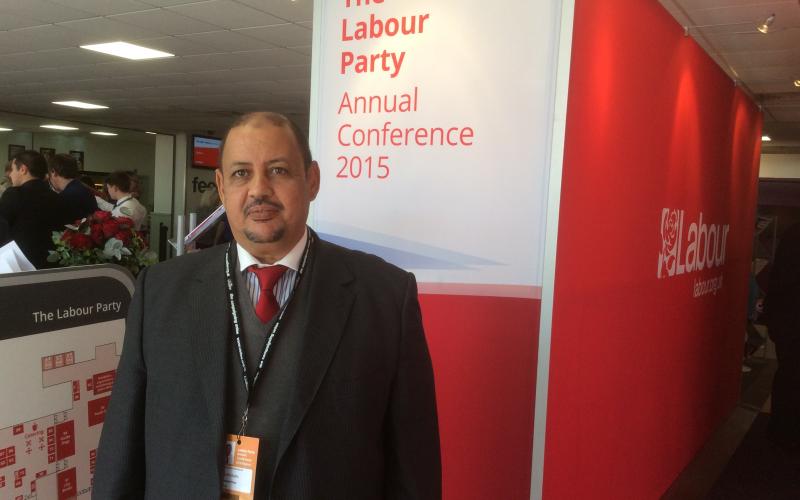 The Saharawis of Africa’s last colony Western Sahara don’t have many friends in high places around the world. But if Jeremy Corbyn’s Labour wins the next United Kingdom election it might prove to be a breakthrough in the protracted conflict and prevent a war.

The people of Western Sahara are patient. Amongst other things they have endured an invasion and a colonial war against coloniser Morocco that lasted from 1975 to 1991, and have waited ever since for the independence referendum that they were promised as part of the cease-fire.

During this time they have fought an uphill struggle against the Moroccan colonial regime and the countries and companies that trade with and support it.

There are many signs, however, that young Saharawis, many of whom have been born and live in refugee camps in the dessert in neighbouring Algeria, are fed up with the inertia of the peace process and want to restart the war with Morocco.

They need a clear sign that the peace process is moving forward and the referendum getting closer and Jeremy Corbyn, a long-time supporter of an often forgotten Saharawi cause, as United Kingdom Prime Minister might help do the trick.

Corbyn writes in the foreword to the Labour Party’s Vision for International Development from March that “what is missing in the UK is a government prepared to take on vested interests, and represent the many, not the few … Let’s help people around the world be more powerful and make their societies fairer”.

And if anyone needs the support to make their society fairer, surely it is the Saharawi people of Western Sahara – a people who have either lived in exile, in makeshift refugee camps in the dessert, or under a Moroccan colonial rule that American non-governmental organisation Freedom House rates as less free and more repressive than Saudi Arabia, for decades.

The Saharawis might have many friends around the world, but very few in high places. And if they suddenly had a friend in Downing Street, they would also have a friend who is a permanent member of the Security Council – an institution that has blocked so many calls for action in Western Sahara, as well as blocking the Peacekeeping Mission in Western Sahara MINURSO (Misión de las Naciones Unidas para la Organización de un Referéndum en el Sáhara Occidental) from monitoring human rights [abuses].

According to a House of Commons briefing paper on Western Sahara from February, however, “the official British position follows the UN’s: that the territory is disputed and its status is undetermined and that the Moroccan Autonomy Plan [which, if implemented, would in effect officially make Western Sahara a Moroccan province under Moroccan sovereignty] is a credible contribution to those efforts”.

In practice, this means doing what most Western powers do: speak of human rights while trading with Morocco and doing nothing to help decolonise Western Sahara.

If Jeremy Corbyn’s words and actions in regard to Western Sahara before he became leader of the Labour Party are anything to go by, however, things could be very different with him as Prime Minister.

As part of a British parliamentary delegation to the occupied territories of Western Sahara in 2014, Corbyn said that, “this cannot go on forever. People have been living in refugee camps since 1975 … It’s not right. It’s not acceptable … I do urge the rest of the world to recognise the rights of justice of the Saharawi people”.

Corbyn, who had witnessed the violent suppression of a peaceful Saharawi demonstration by Moroccan police, added that until the situation was solved, he believed that MINURSO ought to be able to monitor human rights. “For too long the injustice has been ignored and it is time to act”, Corbyn said in a press release.

Corbyn has previously raised the issue of Western Sahara in the British Parliament and elsewhere on numerous occasions.

In 1991, he raised the issue of what he termed “the last colony in Africa” at length in Parliament, stating that “it was hoped that [a referendum] would be the end of a particularly brutal chapter in Africa’s history … but Morocco’s more recent actions suggest that that is now extremely unlikely … The peace plan is being sabotaged – it is as simple as that”.

In 1993, he asked the Foreign Secretary to “put pressure on the Government of Morocco to persuade them to cease their silly games over the make-up of the electoral roll under which the referendum can be held” and told Parliament that “the alternative [to the peace process and self-determination] is the continuation of a vicious war with large-scale loss of life and a diminution of the authority of the United Nations in the eyes of the rest of the world”.

And in 2009, as Chair of the Western Sahara group in the British Parliament, Corbyn called on his own party leader, Labour Prime Minister Gordon Brown, to take immediate steps to resolve the crisis in Western Sahara and “ensure that the UK takes a lead within the UN Security Council to fulfil its obligation to ensure the referendum on self-determination that was agreed under the terms of the UN ceasefire agreement in 1991”.

“Our collective failure to address Morocco’s on-going violation of countless UN Resolutions, to stop the illegal plundering of Western Sahara’s natural resources and to allow human rights abuses to be committed with impunity diminishes Britain, it diminishes the United Nations and it is an affront to all those with a belief in justice”, Corbyn added.

A friend of the Saharawi cause

Mohamed Abdelaziz, the former leader of the Polisario Front, recognised as the legitimate representative of the Saharawi people by the UN, congratulated Corbyn on becoming Labour leader in 2015, commending Corbyn for his “constant” support for the Saharawi cause.

“The leadership of the Polisario Front and the Saharawi people believe that the arrival of Jeremy Corbyn at the head of the British Labour Party will contribute to the search for a just and lasting solution to the Western Sahara conflict”, he added.

Corbyn sent a message of condolence to Polisario after the death of Mohamed Abdelaziz in 2016.

“He has been by far the most steadfast supporter of the liberation of Western Sahara in the British Parliament”, he says.

The next General Election in the UK will be held in 2022 at the latest. Labour has mostly been ahead of the Tories in the polls since mid-July, as they were throughout the second half of 2017.

I have offered Jeremy Corbyn and his office the opportunity to be quoted for this article, but have had no response to my queries.

* Peter Kenworthy is a freelance journalist.