Home » Human Security » G4S: When a private company is in charge of your security

G4S: When a private company is in charge of your security 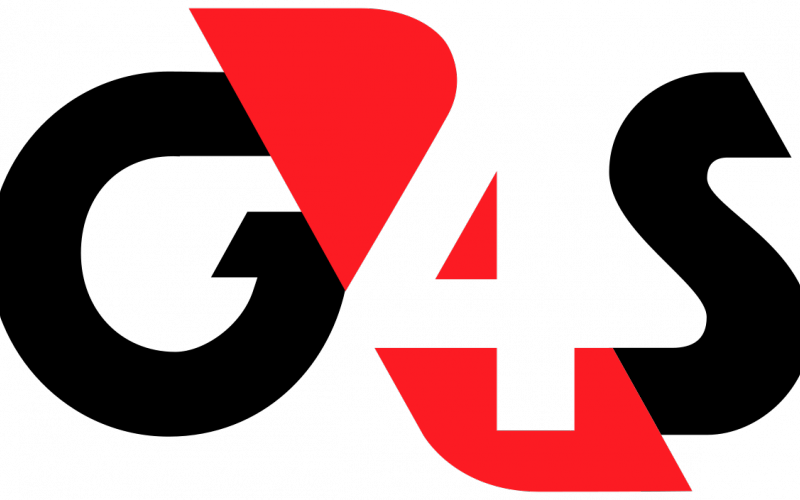 The security context in Europe today doesn’t make everybody unhappy, especially among firms that have specialised in security and surveillance, among them the British G4S, to which many governments subcontract their dirty work, ranging from prison management to the deportation of migrants. Will it be able to regain financial health in the new "Trumpian" world in which we live, after being tarnished by so many scandals?

Just one year after the attacks in Brussels on 22 March 2016, at least one economic sector appears to be flourishing: the security sector. The Belgian subsidiary of the security multinational G4S has announced that it has hired 1,610 new employees in 2016, including temporary contracts, an "exceptionally high" figure according to the company, leader of the Belgian market, which provided 1000 additional recruits in 2017, "of which 500 women". Its competitor Securitas hired 1,400 people in the country in 2016.  This is atrend that can be found throughout Europe, as well as in the United States, and which G4S intends to take advantage of to revive their image almost destroyed by scandals.

Who is this company, which does not have much of a presence in France? G4S describes itself as the world leader in "security solutions". Of British origin, listed on the stock exchanges in London and Copenhagen, it supervises airports, ports and manages cash transports. It employs a total of more than 600,000 people in nearly 120 countries. The company's communication generally omits to mention that G4S is also present in the illegally occupied Palestinian territories, where it is in charge of checkpoints and prisons; that it deals with the repatriation of persons who illegally cross the border between Mexico and the United States on behalf of the US Government; or that it carries out missions in numerous conflict zones on the behalf of repressive regimes, including in Afghanistan, Iraq, Bahrain and Saudi Arabia.

A company that benefits from the increase in global violence

"In more ways than you might realise, G4S is securing your world", says the multinational's website. The activist and philosopher Angela Davis adds:

"In more ways than you might realise, G4S has insinuated itself into our lives under the pretext of security and state security: this goes from the methods of political incarceration and torture suffered by Palestinians, to racist separation and apartheid technologies; from the wall in Israel to the one stretching along the US-Mexican border, to the prison-like set up of some schools in the United States.”

G4S is taking advantage of the threat of terrorism and an atmosphere of fear carefully maintained by our governments, to provide a security response. It does not tackle the causes, but instead generates a climate conducive to abuse, which only feeds the paranoia and the order books of companies that say they are working for our "security".

In a constant state of growth since 2004, arms sales have increased by 8.4% over the last five years compared to the previous five, according to recent data from SIPRI. But it's not just the weapons industry that is in good shape. A multitude of so-called "security" firms profit from the calamitous management of migratory flows and the criminalisation of undocumented migrants. This is precisely one of the main fields of action for G4S.

G4S, involved in the management of detention centres for migrants and asylum-seekers in the United Kingdom, is also a subcontractor of the UK government to organise "escorts" for foreigners expelled from the territory. It is in this context that Jimmy Mubenga, aged 46, father of five children and who had lived in England for 16 years, died on October 12, 2010, apparently asphyxiated in an attempt to stifle his cries during his deportation under the guard of three agents working for G4S. The agents were acquitted and released on bail, and the death of Jimmy Mugemba will remain "unexplained" despite the damning testimony from Louise Graham of British Airways who on that day was working on board the BA77 flight from London to Luanda, Angola.

"Ill-trained and unaccountable staff should not be carrying out enforced removals and it is little wonder there are so many reports of improper treatment," declared Oliver Sprague, from Amnesty International UK.

Two weeks after the tragedy, G4S lost the market for the repatriation of removed persons which it had had the monopoly on since 2005. The contract, which brought in approximately 110 million pounds (125 million euros) in five years, ended in favour of a competing firm, Reliance Security Task.

That same year (2010), the company had to face 48 complaints filed by persons detained in centres it manages. This has not prevented it from raking in new contracts elsewhere, such as in the United States or Australia, where it was in charge of the Manus Island offshore detention centre, the scene of riots and the assassination of a 23-year-old Iranian asylum seeker, Reza Barati, in 2014. The firm is also well represented in Greece, where it is in charge of security at refugee camps on the behalf of the European Union.

Although extreme, the cases of Jimmy Mubenga and Reza Barati are not isolated, various other cases of criminal and racist violence directly involving G4S employees have also been reported. Omar Seddique Mateen, the presumed perpetrator of the homophobic attack in the Pulse nightclub, mecca of the LGBT (lesbian, gay, bisexual and transgender) community in Orlando, Florida, had been a G4S employee since 2007. He had been cleared by the company on two occasions, without the company finding anything of concern. The shooting on 12 June 2016 resulted in the death of 49 people and injured 53.

Another sector in full boom alongside that of the "management" of migrants: the prisons. Here again, G4S has positioned itself to take advantage of security policies and the ensuing explosion of incarceration. In the United Kingdom, where the prison population has doubled from almost 40,000 prisoners in 1980 to more than 85,400 in 2016, the private sector has sniffed out some lucrative prospects, and leaped into prison management. Currently, apart from the National Offender Management Service (NOMS), which manages the still-public institutions, three private companies share the market for the management of 14 prisons: five for G4S (Altcourse in Liverpool, Rye Hill near Rugby, Birmingham Prison, Oakwood near Wolverhampton and Bridgend in South Wales), five at the hands of competitor Serco and the other four for the French company Sodexo (read our articles here  and here).

The situation deteriorated sharply when the Conservatives came to power in May 2010, as a result of the austerity measures they imposed. Minister of the Interior of David Cameron's government, Theresa May, reduced the prison system's budget by 500 million pounds (600 million euros). Between 2010 and 2015, 4,990 warden positions (out of 19,910) in public institutions disappeared. Wolds prison, the first in the United Kingdom to be directly under private control from its opening in 1992, did not renew the contract with G4S in 2013 and returned to public management, but it is an exception. At the same time, several other prisons have been privatised.

Birmingham prison, one of the largest in the country, was the first to be transferred to the private sector in 2011. G4S was awarded the contract for 15 years. It was recruiting security candidates "without prior qualification or experience required", according to its website. At the end of December 2016, in the worst prison uprising in the country since the Strangeways prison riots in Manchester in 1990, nearly 600 prisoners took control of part of the Birmingham prison after stealing a warden's keys. G4S security personnel were completely overwhelmed, so the state had to intervene and send in its special public squads, called "Tornado", to regain control of the institution. Minister of Justice Liz Truss even asked G4S to reimburse the costs that this entailed for the state! In three other prisons shaken by riots, prisoners were not allowed to leave their cells for several days due to the lack of staff.

Already in 2012, the Secretary General of the Public and Commercial Services Union, Mark Serwotka, drew attention to this scandal of one of the largest private penitentiary systems in the world:

"The privatisation of our prison service ought to be a national scandal and that this has happened without any public debate is shameful. (…) It is morally reprehensible that companies are profiting from locking people up and we urgently need an independent review to look at the impact on our communities, staff and prisoners”.

In January 2016, a new scandal shook G4S. Following a BBC investigation at a youth custody centre in Rochester, Kent, the Medway Secure Training Centre, accusations of abuse and violence towards young people between the ages of 14 and 17 were published in the press, concerning the behaviour of the personnel hired by the G4S security firm. Forced to respond, G4S laid off four of its employees on the spot.

G4S fiasco at the London Olympics

The company had been chosen by the International Olympic Committee to ensure the recruitment and training of security officers for the London 2012 Olympics. Three weeks before the start of the sporting competition, the British government learned that G4S was unable to honour its commitments: the subcontractor was unable to provide the 10,400 guards expected during the games, forcing the British government to resort to the army to deploy 3,500 additional troops at the last minute. Among the 4,000 G4S recruits, some did not speak a word of English, others were barely 18 years old... G4S suffered a loss of 50 million pounds (63 million euros) on this Olympics contract of 284 million pounds (360 million euros) - that it did not fulfill! - and announced the loss of 1100 jobs.

Following the scandal, the company's managing director Nick Buckles left his post in 2013, for which he collected more than one million pounds in 2012, of which 830,000 pounds was in salary (he was replaced by Ashley Almanza). The London Olympics fiasco did not prevent the company from providing the security - along with the police and the military - of the 39th G8 Summit in June 2013 in Fermanagh county in Northern Ireland, while in the same year, the company was accused of excessive violence with forced injections and electroshocks in a South African prison.

Pressure from the BDS campaign (Boycott, Divestment, Sanctions) in regards to the role of the firm in Israel, and repeated scandals finally caught up with G4S, which lost several major contracts, notably with the British government. The group had to divest some of its activities to pay off its debts.

Will the current political context of fear of terrorism and migrants allow the company to revive itself? In the UK, G4S reported an annual profit for the year 2016 up by 13.9%. Its profit before taxes increased from 309 million to 352 million pounds (405 million euros). Good news for shareholders, who have seen their dividends maintained. For all the others, this is not very good sign.

This article was translated from French by Jenny Bright.