Home » Human Security » A letter to my American children, from your Somali mother

A letter to my American children, from your Somali mother 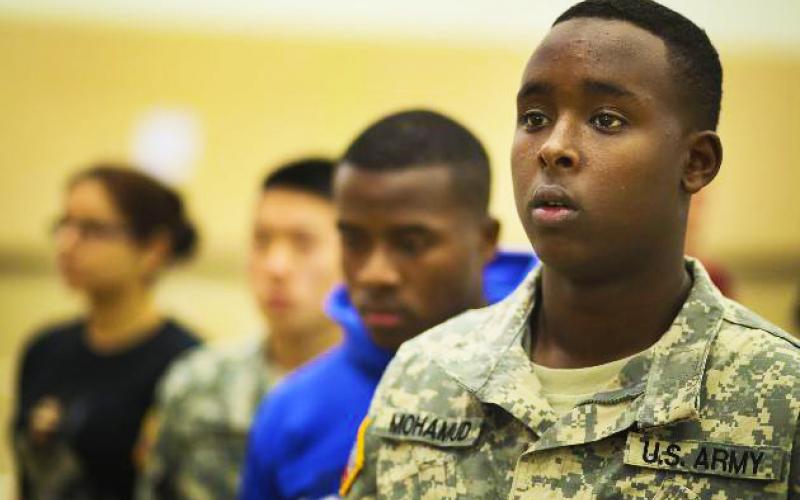 So much has been put at stake ― the proud history of the U.S. as a home for those in need, the tired, the poor, the huddled masses yearning to breathe free. It is a personal tragedy writ large, one shared across thousands of individual families, stories of separation and degradation.

The news that President Trump has started to enact the travel ban to the US has struck at the very heart of our family. I fear that I will never be able to return, to see you again in the land of your birth.

Like so many Americans before you, the roots of your family do not lie simply in U.S. soil, but stretch across oceans. My heart broke to leave Somalia, to know that my children would not know the land of their grandfathers and grandmothers. They would be Americans, but I knew that they would still be Somalis, still be Africans, still be Muslims, all the while as Americans too. At least I thought I knew that.

I worry too that I won’t be there to remind you all to go to your dental check ups. Who will be the one to force you to go? How will you still be able to play football if I am not there to make you see the physical therapist for your knee?

I so wanted to see your new apartments, wanted to make sure I approved of your roommates, to be shocked about the mess and start cleaning up the place. Perhaps you will not complain too much about not having to deal with my fussing, but I hope that you might miss the one or two meals I would cook a year.

Perhaps your secrets will be safe now that I am unable to harass your school counselors and your colleagues. Perhaps even I regret now only taking residency in the U.S., but just as I knew that you, my children, were Americans, I knew who I was, a Somali.

I know that while I weep for what I will miss of your lives in the US, I weep too for what I missed in the past. For too long I have been an absentee mother. I have dedicated my life to fighting for human rights, for justice across the world. It has been my pride to work in North America, Africa, Europe, East Asia, the Middle East. The injustice of the President’s order is nothing new to me, I have always been ready for such treatment; it is a continuation of what has gone on before.

Now, though, it is the Land of the Free that will seemingly treat me with extreme prejudice. Having spent my life working in particular to secure women greater rights, protections and freedoms, I have been banned by an order that aims to target those “who engage in acts of bigotry or hatred (including... violence against women) or those who would oppress Americans of any race, gender, or sexual orientation.”

So I will not be there with my sisters at the UN for the UN Commission on the Status of Women. I will not be able to ask the Secretary-General to appoint more women as envoys and ambassadors, to call on governments to put more women on the Security Council, and demand that the needs of women be met in conflict and peace.

Nor will my sisters from Syria, from Libya, from Sudan, from Yemen be there to give their own testimonies of how violence has devastated their lives, and how they continue to do such amazing work in their communities. Women from across Africa and the Arab region who have fought so bravely and given so much have, at the stroke of a pen, been silenced.

So much has been put at stake ― the proud history of the U.S. as a home for those in need, the tired, the poor, the huddled masses yearning to breathe free. It is a personal tragedy writ large, one shared across thousands of individual families, stories of separation and degradation of Americans and legal residents of America alike.

My children, I raised you to be strong, to be proud of your heritage, proud of who you are as Somali Americans, Muslim Americans. We must be brave, and know that such injustice cannot stand. I know I will see you again in the land of your birth.

* Hibaaq Osman is Founder & CEO of Karama. This article previously appeared in the Huffington Post.