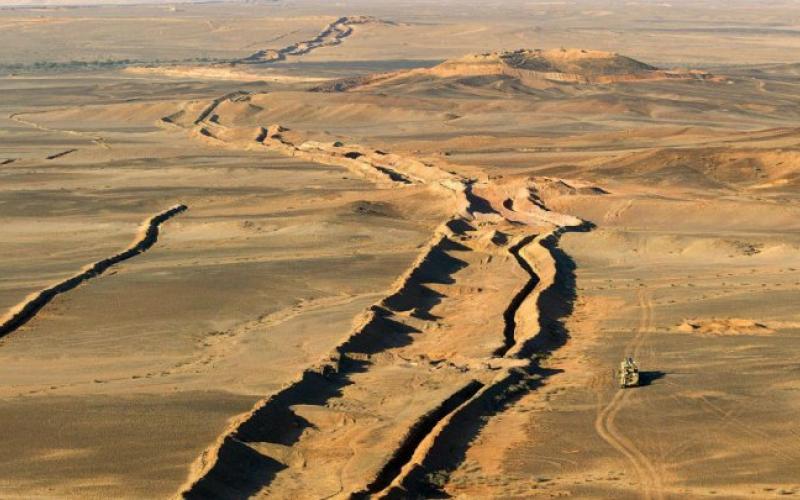 Morocco has recently been engaged in an unprecedented, frenzied media and diplomatic campaign of misinformation and propaganda in which it has threatened to take military action to forcibly annex the Liberated Territories of the Sahrawi Republic (SADR), alleging that the Frente POLISARIO had violated the terms of the 1991 UN-supervised ceasefire in Western Sahara.

The misinformation campaign also involved the dissemination of a series of fabrications and misrepresentations of the realities on the ground, particularly in terms of the geographical scheme enacted under the ceasefire and the related military agreement between the Frente POLISARIO and Morocco. To put the record straight, we would like to clarify the following:

1. The Military Agreement no. 1, which regulates the ceasefire between the Frente POLISARIO and Morocco, establishes the Moroccan military wall as a line of separation between the Sahrawi and Moroccan armies pending the holding of the self-determination referendum and the determination of the final status of the Territory. It also establishes a five- kilometre wide “buffer zone” to the east and along the 2700 km Moroccan military wall.

2. The agreement further establishes two restricted areas (25 km east and 30 km west of the Moroccan military wall respectively), where firing of weapons and/or military training exercises, redeployment or movement of troops, entry of arms and ammunition and improvements of defence infrastructures are not permitted.

3. Morocco’s claim that Bir Lehlou and Tifariti are located within the “buffer zone” is untrue because the two localities are situated in the Sahrawi Liberated Territories at a distance of at least 90 km from the Moroccan military wall, and therefore they are outside the “buffer zone”.

4. Morocco’s allegations regarding violations of the ceasefire by the Frente POLISARIO were refuted by the United Nations itself on 3 April 2018 through the Spokesman of the UN Secretary-General. Furthermore, Morocco has rejected the deployment of a UN expert mission to address the fundamental questions related to the ceasefire and related agreements in response to the call made by the Security Council in its resolution 2351 (2017), operative paragraph 3, of 28 April 2017. As recognised by the UN Secretary-General in his latest report submitted to the Security Council on 29 March 2018, the Frente POLISARIO has already accepted the deployment of the UN mission of experts, which is a clear demonstration of its strong commitment to the ceasefire and the UN peace process.

5. Since the entry into force of the ceasefire in 1991, the Government of the SADR has been administering and developing the Sahrawi Liberated Territories under its control. The military regions and units of the Sahrawi People’s Liberation Army (SPLA) have always been present in Western Sahara since the start of the liberation war against Spanish colonial presence in 1973. The SADR Government has also built vital infrastructures (such as hospitals, schools and water sources, etc.,) for the inhabitants of those areas who live in localities spread across the entire Liberated Territories.

6. As part of its propaganda campaign, Morocco claimed that the reception accorded by the SADR President to foreign ambassadors who presented to him their credentials in the locality of Bir Lehlou was the first of its kind to take place in that area. This claim is false considering the many activities, visits, meetings, and conferences organised by the SADR and the Frente POLISARIO in those areas. Over the past decades, many senior officials and high-level foreign delegations representing governments, European, Pan-African and national Parliaments, political parties, civil society organisations and international media were received in the Sahrawi Liberated Territories in addition to members of the United Nations Mission for the Referendum in Western Sahara (MINURSO).

7. Morocco’s frenzied misinformation and propaganda campaign is due to the setbacks that it has suffered recently at the hands of the European Court of Justice that ruled against its illegal plunder of the natural resources of Western Sahara. The strong position expressed by the African Union in its latest summit as regards the urgent need for direct negotiations between the two parties to the conflict in Western Sahara has also dealt a major blow to Morocco’s attempts to neutralise Africa’s great contribution to peace efforts in its last colony.

8. The campaign also comes at a time when the Security Council is due to consider the situation concerning Western Sahara. Moreover, it takes place against the backdrop of the strongly expressed intention of the UN Secretary-General and his Personal Envoy for Western Sahara, Mr. Horst Köhler, to relaunch the negotiating process between the two parties as called for by Security Council resolutions. For this reason, Morocco has been searching for excuses to disengage from the UN peace process, which it has obstructed repeatedly.

9. It is therefore clear that Morocco’s misinformation and propaganda campaign regarding the UN-supervised ceasefire and the situation on the ground in Western Sahara is not more than a diversionary tactic designed deliberately to divert the attention of the UN Security Council from the real issues that underlie the current stalemate caused by Morocco itself. It also aims to mislead the international and Moroccan public opinion and to divert attention from the deteriorating internal situation of Morocco, which is being hit by unprecedented turmoil and a dire political, economic, and social crisis.

* Ministry of Foreign Affairs of the Sahrawi Arab Democratic Republic.