Racism and reconciliation: Lessons from Cuba 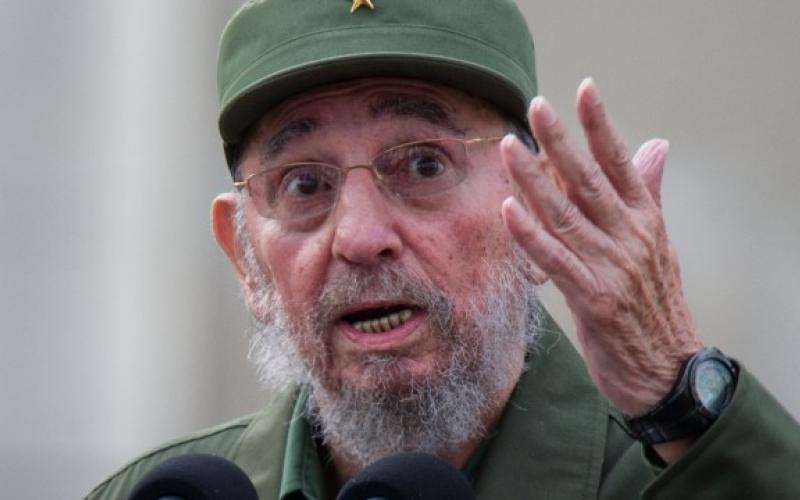 What are the lessons from Cuba in dealing with racism? Denial of racism is clearly not an option. Discouraging public discourse about it can not help either. Greater awareness is needed of the systemic nature, the multiple forms and the seeming invisibility of racism in institutions, social spaces and relations.

Cuba’s efforts to roll-back racism offer valuable lessons for South Africa, where racism, because of the legacy of colonialism, slavery and apartheid, is deeply ingrained within institutions, social relations and everyday behaviour. Unless racial prejudice is tackled head-on, reconciliation will remain a distant dream.

Cuba has done more to combat racism than South Africa, Brazil and the US – the globe’s other nations with racism allied to persistent race-based inequalities, which have their origins in historical injustices against Black people such as colonialism, slavery and Jim Crow segregation and apartheid.

The trouble in countries such as South Africa and Cuba is that racism, because of the particularly deep racist legacy of the past, infuses the DNA of almost every institution in society and prejudicial practices become so part and parcel of habits and routine, and social and professional interaction that is often not even recognized as such.

There are really three broad types of racial biases: one, that of outright racism, which can be either the explicit or the more subtle and invisible version. Explicit forms of racisms are not generally accepted. Invisible and subtle racism is the issue.

Joe Feagin, the US sociologist, describes such invisible racism as the assumption in “white” morality and assumption of lack of morality in other groups; the assumption that “whiteness”, emotions and cultural outlooks are the “norm”, the believe that Western civilisation and institutions are the only acceptable reference point, and the denial of the existence of racism.

The second form of racial bias is often either described as “white privilege” or “whiteness”. Privileges are automatically bestowed on people of white colour. It is automatically assumed that white people will be competent in a job, whereas Black people will have to proof themselves first. Bell Hooks argues that “whiteness” is often invisible to many white people, and this “lack of knowledge or understanding is at the root cause” of prejudice.

The other racial bias is “Blackness”, whereby marginalisation of a person – whether deliberately or unconsciously happens - because the person is Black.

“White” racial “framing” – whether through subtle racism, “whiteness” or “Blackness” - dominates at a global level too, from media, film and institutional messaging of racial assumptions, whether overt or subtle of Black inferiority, to cultural and social biasness and interpretations – reinforcing racism at country level.

In both South Africa and Cuba many whites denounce explicit racism, personally reject racism and see racism generally as something of the past, and their societies as supposedly “post-racial”. Many well-meaning whites in both societies would argue that colour does not matter anymore – therefore dismissing the lived realities of their fellow Black compatriots.

In both South Africa and Cuba, because many Black  people have reached the top in government, politics and other sectors of society, the deeply ingrained inherited institutional, social and individual practices, habits and interactions that “reproduce racial inequality have become largely invisible to many”.

For example, a white executive in an institution could dispense patronage to his underlings, but if a Black executive does exactly the same, he or she is perceived to be corrupt.

In a racially prejudiced discourse, South Africa’s persistent racial inequalities, whereby Black people are mostly poor, are often justified as having to do with individual failure, especially given that some Black people are prospering.

However, the reality was more complicated.

Cuba has a history of slavery. White people were the slave owners, and Black people the slaves. Whites in Cuba were free and better-off.

Cuba’s Socialist Constitution of 1976 declared that “discrimination based on race, colour, sex or national origin” prohibited and punishable by law. Cuba adopted an antiracism strategy which combined outlawing official racial practices, eliminating institutional racism and racism at the social levels.

In Cuba close collaboration between white and black people during the Revolution reduced “many deep-seated prejudices” and “eased the boundaries between racial groups”.

By bringing social equality through providing public services - access to education, health and housing, and opportunities to previously disadvantaged groups, no matter their colour – helped in the fight against racism.

The Cuban leadership made talking about race in public a taboo subject. Cuba nationalised all private industries. Most of the owners and managers of private and state companies were white. The government then appointed cadres to manage these nationalised institutions.

Appointments to the nationalised companies increased social mobility for poor Cubans. The leadership of the Cuban Communist Party was mostly white. Naturally, because Black Cubans were likely to be less educated, many whites were appointed to senior positions in the new nationalised companies, although efforts were made to bring Black people into senior positions in public office.

In 1961, Cuba banned race-based exclusions of members of clubs and associations. It introduced rent control in 1959 and in some cases granted ownership of rented houses to occupants in 1960. It handed over land to tenant farmers – whe were mostly Black and mestizos (mixed race). Before, Blacks and mestizos as descendants of slaves could not own property.

The government made education and healthcare free of charge. Over time race-based economic inequalities were reduced. Schools were encouraged to see that students fostered multiracial play circles.

However, Rodrigo Espina Prieto and Pablo Rodrıguez Ruiz noted that “racism became less obvious”, retreating into an ‘I’m not a racist’, “but” discourse. Rodrigo Espina Prieto and Pablo Rodrıguez Ruiz argued that racism retreated to the “most intimate spheres of family life and interpersonal relationships”, where “prejudice was recognised with some guilt, like a sour note”. Furthermore, it “persisted in jokes and phrases used among family and close friends, or hidden in some forms of paternalism”.

The Communist Party of Cuba’s 1985 conference, called its Third Congress, noted that disproportionally too few Blacks (as well as women and youth) were in professional, leadership and management positions. The Cuban government then launched an initiative to encourage speed the advancement of these disadvantaged groups.

Research by Cuba’s Ministry of Science, Technology and the Environment found that in spite of the progress to roll-back inequalities based on skin colour, historically racial legacies continued to partly perpetuate inequality based on race. For example, in Black people continued to live in areas that were historically poor before the Revolution; and areas that were well-off and occupied by whites before the Revolution, continued to be so.

In spite of the remarkable progress made to increase the number of Blacks and mestizos in professions and in managerial jobs, they still made up the overwhelming majority of the “workers” – in low or unskilled jobs. Police still stop-and-searched Black people more than whites; Blacks were still the “usual suspects” if a crime was committed and were still “feared” as potentially violent threats in public spaces.

Alejandro de la Fuente, the director of the Afro-Latin American Research Institute at Harvard University, has concluded that “perceptions of people of African descent as racially differentiated and inferior continued to permeate Cuban society and institutions”.

Fuente remarked on the specific issue of “social dangerousness”, which under the Cuban Criminal Code is described as behaviour that is “proclivity” to break the law and deemed against “the norms of socialist morality”.

The authorities make their decisions as to what “social dangerousness” constitute mostly on “preconceptions and stereotypes”. De la Fuente found that in 1987, for example, although Black people represented 34% of the population, the proportion of Blacks deemed socially dangerous was 78%.

Gary Gutting describes how under market economies people compete for jobs, basic services and goods in what for all purposes seems like a non-discriminating, fair and equal way. However, Gutting says rightly that everyone, however, starts competing in the market with different social circumstances and capital, with those who already have a social capital and privilege advantage having better chances of securing more, while those who start from a social disadvantage have fewer or no chances of improving their access.

Race, specifically being “white” in societies such as South Africa, the US and Brazil, is one of those “advantages”. Clearly, as the Cuban case illustrates, in a socialist economy, whiteness in many cases remains an advantage.

What are the lessons from Cuba in dealing with racism? Denial of racism is clearly not an option. Discouraging public discourse about it, as was the case in Cuba, is not going to help either. Greater awareness of the systemic nature, the multiple forms and the seeming invisibility of racism in institutions, social spaces and relations are needed.

Prejudice is a learned behaviour. There has to be education about racism at school, workplace, communities and all other social spaces. Diversity courses must be part of the induction of all education institutions, workplaces and cultural, social and sport organisations.

Greater integration of all races at all levels of society is crucial. Incidents of racism must be firmly dealt with.

Cuba correctly pursued a strategy of tackling inherited racial inequality in access to services, opportunities and skills. Affirmative action, redistribution and welfare support is crucial to leveling the playing field.

Institutions must regularly audit their cultures, values and rules to monitor “unequal distribution of power and privilege based on skin colour”. Combined, providing those historically prejudiced with assets, skills and social capital which can be replicated over generations; acknowledging racial biases; outlawing all racist practices; integrating different racial groups at all levels of society; and providing racial bias awareness and diversity training in all spheres of society will help combat racial prejudice and boost reconciliation between Black and white people.

Initiatives to boost Black confidence, affirm Black history and cultural outlooks and social equality are crucial. Black leaders and governments who are corrupt, self-serving and manipulating white against Black prejudice for their own self-enrichment perpetuate racism. Black solidarity should not include supporting corrupt Black leaders just because they are Black.

Honest Black leaders, honest Black governments and honest analysis are crucial in the fight against the manifestation of racism, “whiteness” and “blackness” locally and globally.

Cuba shows that much progress can be made if there is political will to deal with entrenched racism and racial-based inequalities – however, progress is often agonisingly slow, and can be reversed by events such as economic and other societal shocks.

* William Gumede is Chairperson, Democracy Works Foundation; and Associate Professor, School of Governance, University of the Witwatersrand, Johannesburg. He is the author of Restless Nation: Making Sense of Troubled Times (Tafelberg). A shorter version of this article appeared in the Sunday Independent.