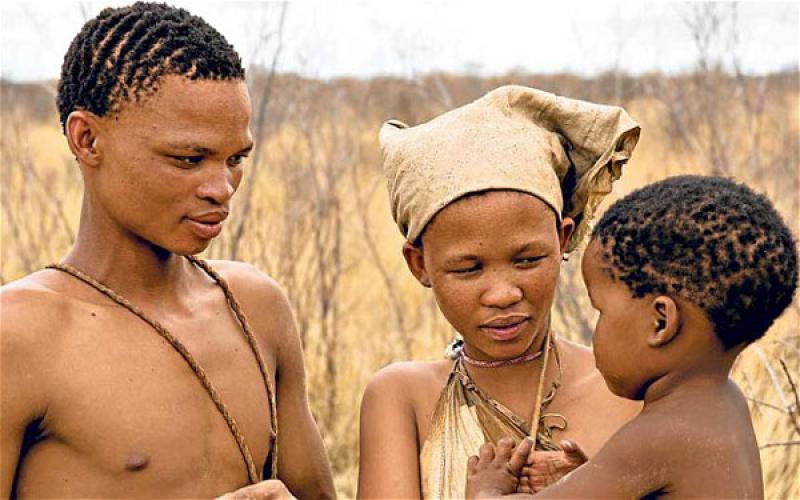 Presently the government continues its efforts to pass the Traditional Khoi-San Leadership Bill, a piece of legislation riddled with continuities from apartheid and further tainted by (among other issues) an inadequate consultation process. Perhaps we should consider how the communities directly affected are conceived of as well as the institutions involved.

Recently I wrote about the destruction of rural livelihoods and homes in an attempt to dispossess and remove rural persons. Traditional leadership was complicit in the burning of the homes of two men on land which they administered. Meanwhile the local tourism industry expanded. In that case, as in many others, capital framed indigenous rural people simply as problems or obstructions to industrial or commercial development. This led to steps being taken to try to remove these communities from the land. This is not a new phenomenon.

Dating back to the initial stages of colonialism we see this line of thought at work. In North America, manifest destiny was utilised as the ideological tool for the westward expansion of a seemingly inevitable progress at the time framed primarily in white, agrarian terms. Inherent in this thinking was a notion “… that the natives could be made to simply disappear.” In South Africa, San people were legally hunted until 1927.

In considering rural indigenous persons as problems, this ethic of problematisation transforms rural persons from subjects into objects; to be spoken for and to, but never to be heard.

Let us consider how such ideas lend themselves to further abuse through the potential enacting of the Traditional Khoi-San Leadership Bill. In his recent piece, Thiyane Duda noted that the Traditional Khoi-San Leadership Bill would empower traditional leadership to act unilaterally in entering communities into agreements with third parties. Rather than decolonisation, this Bill wreaks of a continuation of rural patronage guided by the ethic elaborated. This is not a naive or misguided step but a very intentional move to continue a consolidation of political power while lining the pockets of the powerful.

During the transition to the new dispensation, many of the state’s institutions were carried forward. This includes the system of rural patronage long used to control much of the black majority. The continuation of such a system may be best signified by the Ingonyama Trust Act, passed just days before the 1994 election. This was designed to install an ally of the old regime in the new dispensation while appeasing the Inkatha Freedom Party, guaranteeing their participation in the election.

The Traditional Khoi-San Leadership Bill is the next generation in the lineage of rural patronage. If passed, it will further entrench the power of the often corrupt traditional leadership installed by the colonial and apartheid regimes. Such figures will be able to continue to undemocratically make life-altering decisions for communities, however if passed, the Traditional Khoi-San Leadership Bill will make such abuses legal. This will negatively affect roughly 18-million people. Unsurprisingly, many of those who will be directly affected have been inadequately consulted.

Moving forward, we must seek to decolonise our institutions. Further empowering traditional leadership without meaningful reconsideration of the institution’s operations would not only be harmful but also tarnish the legacies of Inkosi Albert Luthuli, King Langalibalele and other traditional leaders reflective of a history of resistance rather than collaboration.

While it can be challenging to make sense of often senseless times, the worst we can do is retrench ourselves in ideas and institutions that are simply stable. The Traditional Khoi-San Leadership Bill reflects the continuation of capital expansion at the expense of the humanity of the most marginalised while utilising a colonial system of rural patronage. Let us expand our imaginations and craft an alternative system of rural uplift and decolonised governance.

Richard Raber is a Canadian-born activist currently based in Luxembourg. He is a master's degree candidate at the European Inter-University Centre for Human Rights and Democratisation. Current research is focused on the role of social memory in contemporary South Africa. Richard can be found on Twitter @RaberRichard. This article previously appeared in Daily Maverick. Other pieces of his can be found at http://richardraber.blogspot.co.za/