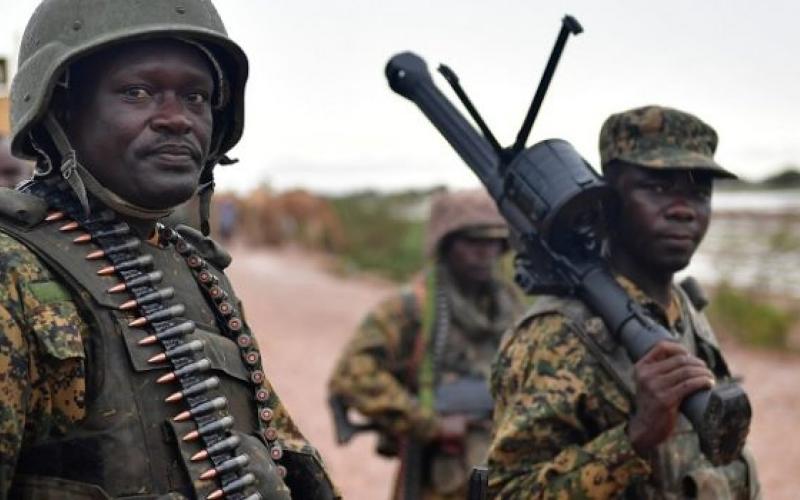 Pentagon bombing operations against the Horn of Africa state of Somalia have killed numerous people over the last several weeks under the guise of the United States “war on terrorism.”

Although Washington routinely claims these bombing operations only target so-called “terrorists” there is no way of verifying who is actually struck on the ground. Other damage such as the deaths of civilians and the dislocation of people in small towns and rural areas are never acknowledged by the military.

Official statements from AFRICOM indicate that there are approximately 500 soldiers stationed in Somalia. The actual numbers have increased since the ascendancy of the administration of President Donald Trump during 2017 as a part of his purported foreign policy aims of battling armed Islamist groups such as al-Shabaab.

Other AFRICOM reports suggest there have been 37 bombing operations inside this oil-rich Horn of Africa state over the course of 2018. Successive US administrations have supported the federalised governance system, which was installed under the tenure of former President George W. Bush, Jr., who founded AFRICOM in early 2008.

Just one week prior to the November 30 attacks, the US announced several bombing missions in Harardere in Galmudug state where over 40 people were killed. The 19-21 November airstrikes were said to have hit an al-Shabaab training camp along with a weapons cache.

During early December, a ground offensive was launched by the Western-trained Somali National Army (SNA) commandos against areas controlled by al-Shabaab around the farming village of Awdhegle in the Lower Shabelle region. The raids were reported by Somali intelligence officials noting that the attacks received support from AFRICOM forces along with units from the African Union Mission in Somalia (AMISOM), which still has thousands of US and United Nations-backed troops occupying the country. (Association Press, 5 December 2018)

Somali governmental sources, which spoke on the condition of anonymity, said the raids on al-Shabaab areas in the Lower Shabelle were designed to weaken the economic base of the organisation. The US-backed government in Mogadishu said that al-Shabaab taxes merchants and residents in the area in order to fund its activities.

In an apparent retaliatory attack on 6 December, two generals in the SNA were killed when a roadside bomb exploded destroying their vehicle in the village of Dhanaane located on the coastal road linking the capital of Mogadishu to the port city of Marka. Al-Shabaab later claimed responsibility for the attack in an announcement over their broadcasting outlet Andalus Radio. (Voice of America, 7 December 2018)

These developments are complicated by the emergence of two distinct factions within al-Shabaab over the last two years. One grouping is reportedly linked with al-Qaeda and another minority faction is allied to the Islamic State (ISIS). (Canadian Press, 7 December 2018)

Several killings have been attributed to this rivalry within the ranks of al-Shabaab. Both groups are heavily dependent upon the forced taxation of businesses and residents inside the areas where they operate in the central and southern regions of Somalia.

Canadian Pressand Associate Press dispatches reported that the factionalism has increased substantially in recent months noting: “The ISIS-affiliated group in Somalia, largely made up of al-Shabaab defectors, first announced its presence in 2016 with attacks in the far north, far from Mogadishu and most al-Shabaab strongholds. Though estimated at a few hundred fighters at most, their emergence in one of the world’s most unstable countries has been alarming enough that the US military began targeting it with airstrikes a year ago.”

These same articles continued by saying: “With no strong government to protect them, businessmen often say they have no choice but to pay in exchange for protection. Among the companies targeted by suspected ISIS-linked extremists is Somalia’s telecom giant, Hormuud, which intelligence officials say has lost up to ten employees in attacks in recent weeks. Hormuud officials did not respond to requests for comment. Businesses worry that the rise of another extremist group seeking cash, as well as a new effort by Somalia’s central government to impose taxes, will bleed them dry.”

The economic interests of imperialism in Somalia

Since the immediate years after the conclusion of World War II, Somalia has been the focus of oil and natural gas exploration. This coupled with its geographically strategic location on the Indian Ocean and near the Gulf of Aden, which is one of the most lucrative shipping lanes in the world, makes the country important in the overall global economic system.

Beginning around 1948 the search for oil and gas resources began. In the early 1950s these efforts were conducted by Agip (Italian) and Sinclair Oil Corporation, then based in the US.

Later during the 1980s, when the country was in sharp decline due to its internal conflict and the failure of the US to provide any genuine assistance economically, several multi-national petroleum firms won concessions for exploration. These corporations included Conoco-Phillips, Shell (Pectin), Amoco, Eni, Total, Exxon Mobil and Texaco. Eventually the resources were designated “force majeure” meaning that these companies reserved the right to come back for exploitation at a later time period when the political situation became more stable.

In recent years, the northern breakaway region of Puntland has seen drilling by the Canadian-based Africa Oil and Africa Energy corporations. This interest in oil and natural gas exploration are not confined to Somalia.

All along the East African coast from Somalia right down through Kenya, Tanzania and Mozambique, there have been monumental discoveries of offshore natural gas and oil resources in the region. Consequently, the imperialist states encouraged by the multinational corporations and international financial institutions are eager to stake claims on the potentialities of enormous profits related to energy resources exploitation.

The increasing presence of AFRICOM is clearly related to the on-going quest for imperialist domination on the continent. With the People’s Republic of China (PRC) emerging as a major trading and development partner with African Union (AU) member states, Washington and its allies in London and Paris are quite concerned over the possibility of losing out to the PRC as it relates to economic cooperation.

As alluded to earlier in this article, Washington and its imperialist partners have been adamant about maintaining control over the Horn of Africa, the Gulf of Aden and the Indian Ocean basin regions. This concern has been manifested in the repeated interference and interventions into the internal affairs of Somalia.

With the recent death of former US President George H.W. Bush, efforts were made by the corporate media acting on behalf of the ruling class to paint a picture of the 41st head of state as a “statesman” and “consensus builder.” This could not be further from the actual truth of events during his one-term presidency from 1989 to 1993.

In addition to the unjustified Pentagon invasion of Panama in late 1989 and the massive bombing, ground invasion and imposition of draconian sanctions against Iraq in the first Gulf War, Bush also intervened in Somalia in December 1992 on the eve of his departure from the White House. Operation Restore Hope was ostensibly designed to provide relief for Somali civilians on the brink of famine resulting from the collapse of the previous government of Mohamed Siad Barre in early 1991.

Nonetheless, the deployment of 12,000 US Marines to Somalia by Bush was part and parcel of the desire to reassert the military prowess of the US in the aftermath of its colossal defeats in Southeast Asia during the mid-1970s, Lebanon in 1983-84 and Southern Africa in the late 1980s, where the world’s leading imperialist state was forced to retreat after humiliating failures. The successor to Bush, President Bill Clinton, inherited the Somali invasion where within a matter of months huge sections of the country rose in rebellion against the US and UN occupations, leading to the deaths of thousands of Somali and the loss of hundreds Pentagon and so-called peacekeeping soldiers during 1993-1994. The US and the UN were both forced to leave Somalia by 1994.

This did not sit well with Washington and some 12 years later, the Pentagon began to bomb Somalia under the leadership of the-then President George W. Bush, Jr. By 2007, the US had facilitated another invasion, this time utilising the military forces of neighbouring Ethiopia and later Kenya. AMISOM, an aggregation of troops from several regional states, was assembled, trained, armed and deployed as a mechanism to implement US foreign policy in Somalia and the entire Horn of Africa. This same policy continued under President Barack Obama right through to the current administration of Trump who has altered the regulations guiding military involvement in Somalia to justify the deepening of the intervention utilising commando units and airstrikes.

However, after decades of military involvement and political machinations the situation remains unstable. The Somali’s only hope for sustainable peace and development lies within the national unity of its people absent of the tutelage of the US.