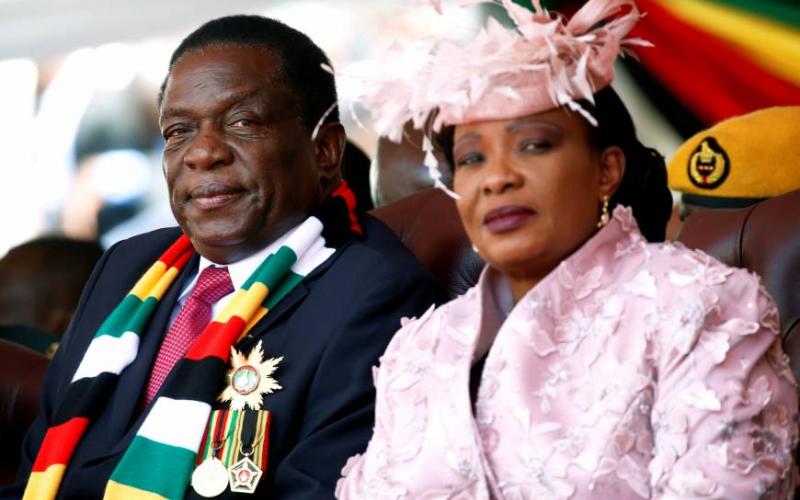 The recent cholera outbreak in Zimbabwe has been reportedly contained while the Zimbabwe African National Union Patriotic Front government makes attempt to reposition the country’s economy.

A report in the state-run Zimbabwe Herald newspaper on 20 September said that the cholera outbreak, which has killed over 30 people and sickened more than 5000 others, has been contained in the capital of Harare.

This is one of the major issues facing the Zimbabwe African National Union Patriotic Front (ZANU-PF) administration in the aftermath of national harmonised elections, which returned the ruling party to power.

The elections held on 30 July were observed by various international and regional teams in line with the desires of President Emmerson Mnangagwa as it relates to efforts to create an atmosphere for the lifting of sanctions by the United States, Britain and the European Union (EU). However, irrespective of this openness towards the western capitalist states, the sanctions are remaining in force from London to Washington and on a more limited level in Brussels.

A declaration of a state of health emergency had been declared on 11 September resulting from the cholera epidemic as the hospitals, clinics and makeshift medical tents struggled to cope with the situation.  Additional cholera cases have been noted in Masvingo, Manicaland, Midlands and Mashonaland Central provinces.  Public health officials have traced the cases in other provinces back to Harare as the epicentre.

Many people vividly remember the outbreak ten years ago in 2008-2009 when 4,200 people died and some 98,000 were infected. Although this outbreak is far less severe so far, the government wants to ensure that the medical situation stabilises.

On 19 September an inter-ministerial committee was established to work towards the eradication of the spreading sickness. The committee is being chaired by the Minister for National Housing, Public Works and Local Government, July Moyo.

There are other high-level officials involved in the committee including Ministers Obadiah Moyo (Health and Child Care), Mthuli Ncube (Finance and Economic Development), Joram Gumbo (Energy and Power Development), Prisca Mupfumira (Environment, Tourism and Hospitality Industry), Perrance Shiri (Lands, Agriculture, Land, Water, Climate and Rural Resettlement) and Monica Mutsvangwa (Information, Publicity and Broadcasting Services). After a weekly meeting of the entire cabinet, a briefing will be given to the press to update the public about efforts to arrest the crisis.

There has also been an alert placed on the Beitbridge District to guard against any potential for the disease to impact this important border-crossing area. People from throughout the Southern African Development Community enter at Beitbridge from the neighbouring Republic of South Africa and leave Zimbabwe from this location heading to other states throughout the region.

Containment methods being utilised by the government were spelled out in a Zimbabwe Heraldarticle on 20 September, saying: “Government has so far mobilised US $29 million out of US $64.1 million required to fight cholera, amid indications that the outbreak has been contained with the number of patients visiting health institutions declining significantly from 500 to 100 per day. Addressing a joint Press conference of health and child care officials and members from the private sector, Finance and Economic Development Minister Professor Mthuli Ncube said of the US $29 million, Government had contributed US $15.1 million while development partners and the private sector had contributed US $13.3 million. He said resources mobilised to date were enough to cover the immediate requirement of US $25.4 million to contain the outbreak.”

Cholera is a highly infectious bacterial disease spread through water, which is contaminated by human waste. The infrastructural problems in Zimbabwe are a direct result of the nearly two decades of economic distress engendered by the western sanctions regime.

Broken ageing water pipes and ineffective waste disposal has created an unsanitary situation in the capital and surrounding suburbs. Tap water can be easily contaminated when pipes are malfunctioning leaving concentrated waste in residential areas.

To fix the problem it will take tens of millions of dollars, which the government does not have and is unable to borrow due to the sanctions. The International Monetary Fund and the World Bank are not willing to loan funds to Zimbabwe because both institutions are based in the Washington, DC.

The opposition parties particularly the Movement for Democratic Change Alliance (MDC-A) has blamed the ZANU-PF national government for the problem. In turn the ZANU-PF party points the finger at the local municipal administrations, which in the capital are dominated by the western-backed opposition forces. Such a political impasse does not bode well for the working and jobless population, which is left with sewage and piles of garbage outside or near their residences.

In response the government has banned independent vendors who sell their goods on the streets in the capital to relieve congestion in the city. People are being encouraged to wash their hands on a regular basis. However, this too is problematic when there is so much contamination in the water supply.

The latest cholera epidemic is compounding the overall health crisis in the wake of the spread of typhoid fever in Gweru and other areas. Nearly 2,000 people have been treated for typhoid just in this one area of Zimbabwe.

Typhoid as well is spread through contaminated water and food. The disease can be transmitted from one person to the next through the exchange of body fluid.

President Mnangagwa expressed his concerns over the current situation in a recent speech saying the government must devise a strategy to eliminate what he described as “medieval diseases” impacting the country. In order for these problems to be effectively addressed there must be a massive infrastructural improvement plan implemented to fix the water system and maintain regular garbage collection along with building adequate housing for people in urban environments.

As to be expected, the MDC-A opposition party which lost both the parliamentary and presidential elections has refused to accept the results of the Zimbabwe Electoral Commission, which were verified by the international observer teams monitoring the voting and tabulation process from late July through early August. Nelson Chamisa, the MDC-A leader and failed presidential candidate, appealed to the Zimbabwe Constitutional Court unsuccessfully. Mnangagwa was subsequently inaugurated and has appointed a new cabinet to what is being called the “Second Republic.”

In early September, the Forum on China-Africa Cooperation (FOCAC) met once again in Beijing where African Union (AU) member states were present. The Chinese government committed to supplying US $60 billion in economic projects for the continent.

An article published by the government-sponsored Sunday Mail on 9 September by Business writer Tawanda Musarurwa said that Zimbabwe would be a leading beneficiary of the FOCAC resolutions. The report indicated that: “With Chinese President Xi Jinping tabling a US $60 billion facility for African countries, Zimbabwe has already lined up solid projects to access the funding and expedite their implementation. President Xi said the financing would be provided in the form of Government assistance as well as investment and financing by financial institutions and companies. Foreign Affairs and International Trade Minister Dr. Sibusiso Moyo said at least three projects have been lined up. These include the NetOne expansion project, Hwange 7 and 8 expansion, and upgrade of the Robert Mugabe International Airport.”

These pledges of support will be vital in Zimbabwe’s attempt at economic revitalisation in the coming months. President Mnangagwa left the country on 19 September to participate in the 73rd United Nations General Assembly sessions in New York. The head of state will utilise this opportunity as well to seek foreign investment for the Southern African state.

With the sanctions against the country renewed by the US Congress just days prior to the 30 July elections, it is a clear sign that Zimbabwe is being targeted for regime change. The imperialists want to overthrow the ZANU-PF party and institute an unbridled neo-colonial dispensation so that the legacy of the national liberation movement and its anti-imperialist foreign policy can be reversed. This has not happened and the ZANU-PF party is committed to maintaining its national sovereignty.

The Zimbabwe position was summed up in a commentary published on 11 September in The Herald. It emphasises that the current hostile posture of Washington towards Harare is aimed at destabilisation and state capture.

Assistant Editor Isodore Guvamombe stressed: “The sanctions are indeed about the US proclivity for regime change in order to achieve its goal to change the power matrix in Zimbabwe from ZANU- PF to the opposition MDC Alliance that will be subservient to it and give US access to our natural resources. ZANU-PF is a great afro-centric revolutionary party that has made it impossible for the US to plunder Zimbabwe’s natural resources at the expense of the autochthons of this country. For that reason the US has tried everything in its power to get rid of the ZANU-PF Government.”

Under such circumstances international solidarity by progressive forces around the world is needed. In New York City on 22 September, the December 12th Movement and the Friends of Zimbabwe scheduled a rally and demonstration beginning in Harlem and ending at the United Nations buildings. The aim was to welcome President Mnangagwa to the city and to push for the immediate lifting of sanctions.

These actions represent the fact that many Africans and people of African descent in the US and across the world support Zimbabwe. The US policy towards the ZANU-PF government is representative of the imperialist mode of operation and the desire to maintain hegemony by Washington and Wall Street over the majority of people throughout the world.