Another missed opportunity for meaningful agrarian change in South Africa 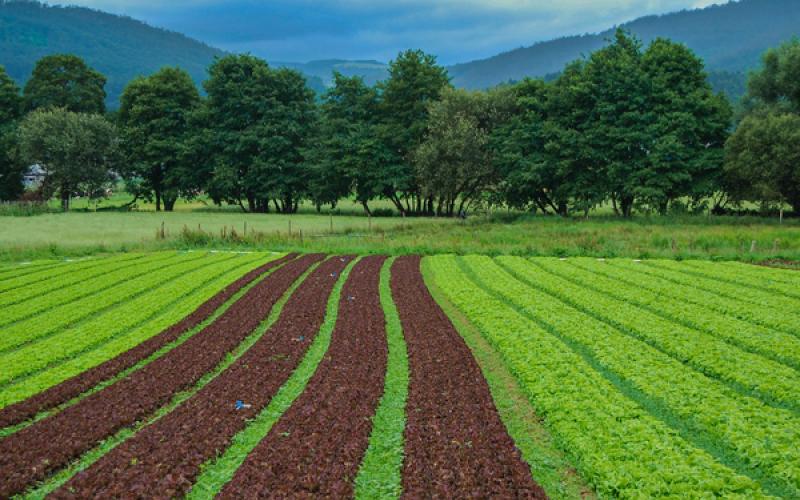 The report of the South African President’s Advisory Panel on Land Reform and Agriculture was released to the public on 28 July 2019 and is being reviewed by the cabinet. The important question is whether this report offers a vision and recommendations that can address the land issue in South Africa.

Perhaps the most revealing statement comes on page 93 where they acknowledge that: “The panel has not agreed on what the vision should be for transformative agrarian reform.” Agrarian reform is the wider economic and social reform of rural society and agriculture that land reform is one important part of. There is abundant and long-standing evidence that successful land reforms (those that improve production and the lives of rural people in poverty) are part of wider programmes of agrarian and rural change, including ensuring access to appropriate technology, support services, market access for small-scale farmers, and interventions beyond agriculture, such as improving rural health and education services. The few mentions of agrarian reform in the document are a narrow interpretation that does not address much needed social changes or the wider agriculture and food system.

Without a vision of what kind of agriculture, what kind of food system, and what kind of rural society we are building it is hard to understand what is informing the suggestions in the report. Indeed, what one finds are limited and, in some cases, contradictory recommendations based on a limited analysis of the current situation in South Africa and how this was created.

The historical context section of the report gives an overview of land conquest and dispossession up to 1913. Strangely it says nothing of post 1913, and therefore the apartheid era, land dispossession. It also says nothing about the way a particular form of agriculture was destroyed, and another form was built up not only through the destruction of African farms and African trade networks, but also with a wide range of interventions to support and ensure the success of white farmers using large-scale and high external input agriculture. It follows that there are also no recommendations on how that sector should be changed.

The problem statement does not mention how the failure to link post-apartheid land reforms to wider agrarian changes has been one of the main impediments to success for new farmers; not least because new and smaller-scale farmers have had to contend with market conditions orientated to a small number of large producers. Inequality is not just in land holding in South Africa, but in every other part of the agri-food sector from processing to retailing. For example, just three companies own 73 percent of the maize storage capacity in the country, with the foreign owned Afgri being the largest of these. The failure of many land reform beneficiaries to succeed in agriculture is not so much due to the government’s failure to deliver effective support, as the report emphasises; it is about the unjust structure of the agri-food system that makes it very difficult for most farmers to succeed even if they have skills and support.

The approach in the report leaves the core of still largely white owned commercial farming in place and pushes that model of agriculture onto new famers who get land through reforms. There are, for example, proposals for “agribusinesses, specifically the input suppliers” involvement in “training and mentoring new farmers”. This would clearly only promote farming that uses these company’s inputs and the continuation of the same model of farming that is only working for a small minority now. Likewise, the proposals for public private partnerships and the “voluntary contribution” (in exchange for incentives) of land by commercial farmers and other existing land owners, will put them in a position to set the pace and nature of reforms.

The report claims that the “the large-scale commercial farming sector… has been a high performing sector in the past 20 years, even though all programmes and policies that provided it with special benefits, have been abolished.” This is misleading in a number of ways. First, protections for that model remain in place, including legislation like the subdivision of agricultural land act. Secondly, there is a lock-in as the scale of traders, processors, and retailers and their long-standing relations with particular large farmers remain in place and favouring the larger farmers.

Third, the long history of support for that model of agriculture put these farms in the privileged position they were in to take advantage of market opportunities that arose with economic liberalisation. Probably more important though, is the question of what is meant by “high-performing” and who benefits? Yes, some large farms and agribusiness investors are profiting, in particular from increased exports of high value crops, but many other commercial farmers in South Africa have gone out of business or are struggling to survive.

The space for new smaller-scale farmers to succeed is almost non-existent. Workers bear the brunt of increased pressure for profits in a globalised market, with only a very small minority of workers having reasonable working and living conditions, while the majority face casualisation and poverty wages that leave even the hard working unable to buy a balanced diet for themselves and their families. The children of farm workers are some of the most vulnerable to food insecurity in a country where close to one in four children are stunted due to poor nutrition.

The discussion on farming models only addresses the forms of ownership and the scale of farm. They completely ignore the important differences in actual models of production that, regardless of ownership and scale, can range from the agroecological family farms selling in local markets to high external input operations that are totally dependent on corporate supply chains and global markets. The assessment of the success of models also focussed only on farm level viability, with no attention to the really important questions of which models work better for the society and environment in the context of serious challenges of poverty and inequality along with climate changes and ecological destruction.

There are some positive points in the report that should be acted on, such as the calls for: support to smallholder farmers; extension services and programmes to promote agroecology; and the clear call on the President to sign into law the Subdivision of Agricultural Land Act 64 of 1998, which would repeal the existing law and make it easier for new farmers to access smaller parcels of agricultural land. But there is little new in this, after all the parliament passed the new subdivision act 21 years ago.

The lack of agreement on what kind of agriculture and food sector is needed in South Africa in part reflects a lack of imagination about the possibility of a different future beyond the colonial and apartheid created, and now corporate controlled, agri-food system. It is also because the issue is highly contested and those who profit from and have power in the current system are committed to preserving and extending it for their benefit. Those with such interests were well represented in the Advisory Panel with, amongst others, the inclusion of Dan Kriek, the president of AgriSA, and Wandile Sihlobo, who works for Agbiz. AgriSA represents the largest commercial farmers in the country and Agbiz most of the largest corporate actors in the agri-food sector, such as ABSA, Afgri and Tiger Brands. As Agbiz state on their web site: “One of the core functions of Agbiz is to represent the interests of its members in terms of policy and legislation matters” and they are proud to say: “Through its direct participation, Agbiz is able to influence policy makers at the highest level.” Farm workers and landless people were among those not represented in the panel.

*Marc Wegerif is a post-doctoral fellow at the Human Economy Programme, Centre for the Advancement of Scholarship, University of Pretoria, South Africa. He writes in his personal capacity.