Home » Land & Environment » From Bonn to Durban, climate meetings are conferences of polluters

From Bonn to Durban, climate meetings are conferences of polluters 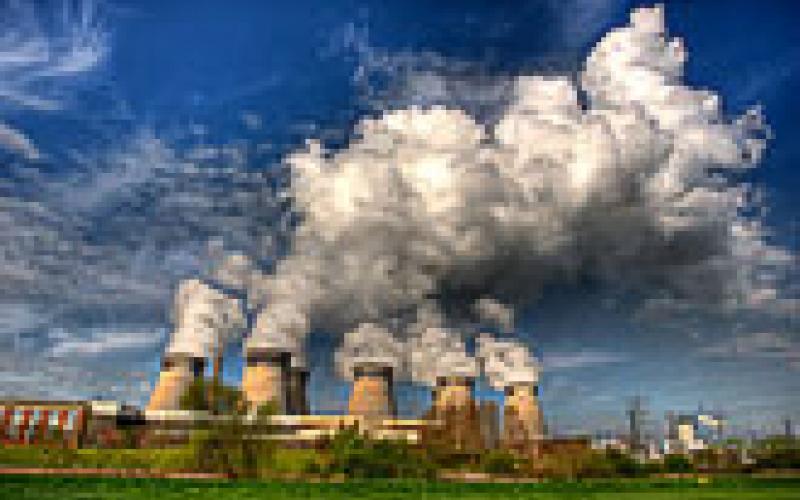 With a crucial conference on climate change taking place in Durban, South Africa, in December, Patrick Bond cuts through the elite conspiracy that will result in a no deal scenario and a continued rise in global temperatures. 'The strongest possible stance will be needed to finally address the mess,' he writes.

Judging by what transpired at last week’s global climate negotiations in the former West German capital, Bonn, it appears certain that in just over five months time, the South African port city of Durban will host a conference of procrastinators, the ‘COP 17’ (Conference of Parties), dooming the earth to the frying pan. Further inaction on climate change will leave our city’s name as infamous for elite incompetence and political betrayal as is Oslo’s in the Middle East.

It appears certain that Pretoria’s alliance with Washington, Beijing, New Delhi and Brasilia, witnessed in the shameful 2009 Copenhagen Accord, will be extended to other saboteurs of the Kyoto Protocol, especially from Ottawa, Tokyo and Moscow, along with Brussels and London carbon traders.

What everyone now predicts is a conference of paralysis. Not only will the Kyoto Protocol be allowed to expire at the end of its first commitment period (2012). Far worse, Durban will primarily be a conference of profiteers, as carbon trading - the privatisation of the air, giving rich states and companies the property-right to pollute - is cemented as the foundation of the next decade’s global climate malgovernance.

Indeed, a telling diplomatic move in Bonn was when Pretoria negotiators, weighed down by team members from maxi-polluters Eskom, Sasol and the National Business Initiative, tried to break African solidarity against European Union plans for opening up new carbon markets (in exchange for Europe emitting much more Green House Gas pollution) - instead of doing the honourable thing by paying the EU’s vast climate debt to Africa straight up.

A local alignment is now approaching in which on the one hand Pretoria’s Bantustan-type politicians and officials will legitimise ‘climate apartheid’ once the COP17 begins at the Durban International Convention Centre, at the same time as they support every homegrown, climate-destroying action in sight:

To top it off, the promised $100-billion/year Green Climate Fund, far larger than any other financing source ever assembled, is co-chaired by another Northern-pliant Pretoria politician, national planning minister Trevor Manuel, a man who takes his responsibilities so lackadaisically that he offered no visible objection to these eco-catastrophic investments.

Manuel apparently thought so highly of the Green Climate Fund (GCF) that in late April he preferred to stay home in Cape Town, unsuccessfully seeking votes for the ruling party (it lost to the conservative opposition in mid-May municipal elections), instead of going to the Mexico City conference where in absentia Manuel was given GCF design co-leadership. In all the talk of his joining the EU-rigged race for International Monetary Fund managing director, which Manuel quit on the last day, 10 June, not a word was uttered about climate or his GCF co-chair responsibilities.

The GCF may do far more harm than good, especially if Manuel’s team authorises the financing of ‘false solutions’ such as biotech, genetically modified trees and plants, timber plantations, nuclear energy, carbon capture and storage, or seeding the air with the coolant SO2 and the sea with iron filings to create algae blooms. He has already pronounced that the GCF should raise up to half its funds through carbon trading.

But Manuel will fail not only because of periodic carbon market collapses but because, as Third World Network director Meena Raman complained last week, ‘Only a few (6) days of negotiations have been set aside for the GCF Technical Committee between now and Durban, while there are many complex issues to resolve…[How can they"> execute the difficult and important task in such a short period of time?’ At the 30 May GCF workshop in Bonn, only co-chair Kjetil Lund of Norway attended parts of the session, but Manuel and the third co-chair, Mexico’s Ernesto Cordero Arroyo, were no-shows.

This typifies the disrespect that state and business elites show for climate negotiations. Because Pretoria can’t be trusted to lead the world in December, says Michele Maynard of the Pan African Climate Justice Alliance, ‘African civil society is calling on the South African government to have an open, democratic and accountable process. That means saying when, where and who they are meeting and how they will let the people actually impacted by climate change have their say.’

Maynard continued, ‘This is all the more urgent as we hear that New Zealand and the US are driving the introduction of “soil carbon” markets into the negotiations. These markets are false solutions that will only fuel the land-grab in Africa and seriously undermine the ability of poor Africans to feed themselves.’

The Kyoto Protocol will be the first casualty of Durban, everyone predicts. The North wants a voluntary ‘political commitment’ sometimes called ‘pledge and review’ to replace the binding emissions reductions requirements made in 1997 in Kyoto.

To be sure, the civil society movement Climate Justice Now! is disgusted by Kyoto’s low targets (just 5 per cent decrease in emissions since 1990); ease of exit (especially by the world’s worst tar-sands polluter, Canada); lack of sanctions against big polluters for not participating (the US and Australia) or for missing even weak targets (nearly everyone); failure to penalise corporate beneficiaries of vast coal operations in sites like South Africa; and reliance on carbon markets to make emissions cuts more palatable to big capital, thanks to the sleazy deal done by Al Gore in 1997 in exchange for official US support (but the Senate vote against Kyoto was 95-0).

Still, a binding global deal is ultimately needed, and replacing Kyoto with a voluntary ‘Durban Package’ would be disastrous given the US, EU and Japanese track-record on underfunding, cheating and bribery. Thanks to last December’s release of US State Department cables by Julian Assange and Bradley Manning (presumably, as he remains uncharged in Leavenworth prison in Kansas), it is undeniable that Clinton underlings Todd Stern and Jonathan Pershing are bullies who should be banned from all future negotiations. The EU’s Connie Hedegaard happily joined them to plot de-funding of the GCF in February 2010, according to WikiLeaks.

To meet scientific requirements for planet-saving emissions cuts requires a binding UN effort like that made in 1987 in Montreal to ban CFCs, the chemical that was widening the deadly ozone hole. But given the rise of neoliberalism (1990s), neoconservatism (2000s) and their subsequent fusion as the dominant ideologies within the United Nations, a repeat of the Montreal Protocol is not possible anytime soon.

So at the last two climate COPs, in Copenhagen (2009) and Cancún (2010), Pretoria lined up squarely with the worst environmental wreckers. The result, according to Bolivia’s ambassador to the United Nations, Pablo Sólon, at a Bonn press conference, are ‘commitments of emissions reductions that leads us to a scenario of [a temperature increase of"> 4 degrees Celsius. And that is absolutely unacceptable. We need to come out of South Africa with commitments of emissions reductions that will put us in a scenario of between 1 to 1.5 degrees Celsius in order to preserve our planet and life as we know it.’

Concluded Sólon, one of the few negotiators brave enough to speak truth to power inside UN’s dead space, ‘South Africa is the place to fight against the new apartheid against Mother Earth and its vital systems.’

Local activists will join this fight knowing their politicians and officials are terribly destructive. One reason Durban will be regarded in future as the city that amplified climate apartheid, is the elites’ hunger to codify and even celebrate market-based environmental governance, including the Reducing Emissions from Deforestation and forest Degradation (REDD) programme.

According to Sólon, ‘There is a proposal in the Cancún agreement that focuses everything on…guidelines in the capacity of forests to capture CO2. We must not focus on how to prepare forests for a market mechanism, we must fight deforestation now.’

REDD’s most dogmatic advocate has been the World Bank, which is also the trustee for the Green Climate Fund, leading to civil society demands for its repulsion. ‘The World Bank is part of the climate problem, not the climate solution,’ Sebastian Valdomir of Friends of the Earth International said at Bonn. ‘Its appalling social and environmental track record should immediately disqualify it from playing any role whatsoever in designing the Green Climate Fund, and in climate finance more generally.’

Case in point: the Bank’s $3.75-billion loan to Eskom last year, mainly to fund the Medupi plant in spite of well-known conflicts of interest (African National Congress investments in Hitachi boiler construction) and worsening inability to pay for electricity by poor South Africans, who continue ‘service delivery protests’ at amongst the highest rate in the world.

Rather than expect the dubious bankers to tackle our greatest challenge, Sólon proposed an international financial transactions tax to fund climate aid. The North’s existing commitments, such as the supposed $30-billion in fast track funding pledged by Hillary Clinton at Copenhagen through 2012, is proving to be just as reliable as the G8’s Gleneagles Summit 2005 financing pledges to Africa.

Conferences of empty pledges, such as Clinton’s, as unveiled at Bonn by her own colleagues on 7 June (‘there will not be $100 billion a year in the GCF’), have one main purpose: to deflect the world’s justified anger at how Northern pollution threatens us all.

There is another deflection trick we can expect in Durban, just as at the Johannesburg World Summit on Sustainable Development in 2002, when Third World Network’s Martin Khor condemned the host chair (Thabo Mbeki) for importing the exclusionary methodology of the World Trade Organisation’s ‘Green Rooms’. Venezuela’s negotiators in Bonn last week criticised Pretoria’s ‘proliferation of innovative ideas’ that were hashed out beyond closed doors.

Against top-down disasters like these, can activists change the balance of forces? Last Friday as Bonn was drawing to a desultory close, the Durban-born leader of Greenpeace International, Kumi Naidoo, showed exactly the spirit required, while attempting delivery of a 50,000-strong petition to an offshore drilling rig run by Cairn Energy near Greenland.

As Naidoo approached the rig, the Leif Eriksson (named after a Scandinavian Viking, a tribe renowned for looting, pillaging and raping), he was hit by near-freezing water cannon blasts and then arrested ‘indefinitely’ for violating a court injunction.

Said Naidoo, ‘Arctic oil drilling is one of the defining environmental battles of our age. I’m an African but I care deeply about what’s happening up here. The rapidly melting cap of Arctic sea ice is a grave warning to all of us, so it’s nothing short of madness that companies like Cairn see it as a chance to drill for fossil fuels that got us into this climate change mess in the first place. We have to draw a line and say no more.’

The same line will have to be drawn against the Durban Conference of Polluters, and it appears Saturday, 3 December will be a global day of action. In Durban and in your hometown, the strongest possible stance will be needed to finally address the mess.

* Patrick Bond directs the University of KwaZulu-Natal’s Centre for Civil Society in Durban and is author of the forthcoming book, Politics of Climate Justice, for UKZN Press.
* Please send comments to editor[at]pambazuka[dot]org or comment online at Pambazuka News