Days end for communities at Amplats’ Mogalakwena mine 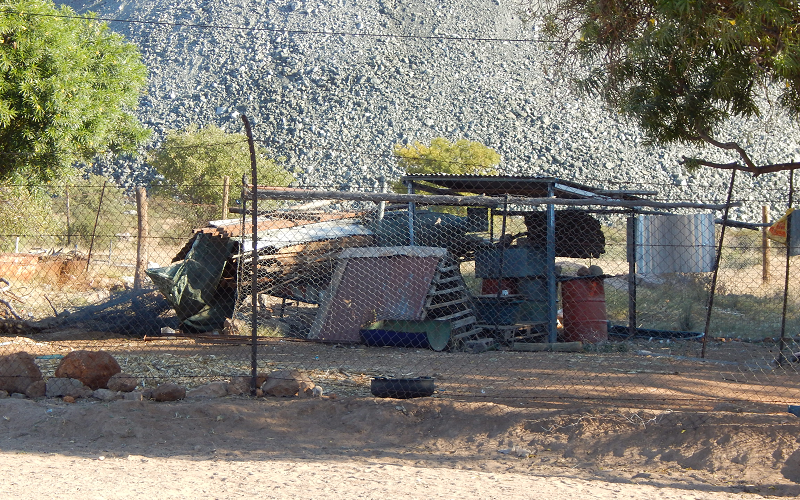 On 14 June 2018, the South African police fired rubber bullets at protestors, injuring five and arresting nine in Limpopo province. Another day and another protest is no longer newsworthy, especially if no one is killed and those arrested can be easily forgotten, as the wheels of the overburdened court system turn ever so slowly.

But this was not one of South Africa’s infamous “service delivery” protests. These protestors were villagers that were relocated from their communal land 17 years ago by Anglo American Platinum (Amplats), the world’s largest platinum company. They had planned to camp out at the gates of Mogalakwena Mine to demand a meeting with Amplats Chief Executive Officer to call for proper restitution and compensation for their lost land. Instead, they came face to face with brutal force of the police that were waiting for them. The state is accused of creating fear of arrests in communities where they punish dissent with long periods of detention, which can last several months until charges are eventually dropped. This fuels feelings of great injustice at, what appears to be, the collusion of the state and a powerful mining house working against them.

The community of Old Ga Pila were relocated to an isolated housing development called Sterkwater, an Afrikaans word meaning “black water” where Amplats claims that it has provided significantly improved housing, education and health facilities, which is clearly an overstatement. It is far removed from the natural settlement patterns that connect communities, and residents have to incur significantly higher transport costs to stay in touch or access community services and retail areas.

There is a school and clinic and modern looking houses lined up in rows on dry square patches of land. The roads in the resettlement area are not tarred, creating dust when it is dry and pools of mud in the wet. Toilets in the houses don’t work, forcing people to live with the stench of sewage as poorly built septic tanks clog up overflow and are not serviced. The problem is so dire that Enviroloos have been provided and blue plastic outhouses now grace the front yard of most of these houses. There is no piped water and the community at Sterkwater is completely dependent on the mine to deliver water in trucks. Each house receives two water barrels that must last a week. Furthermore, there are no street lights, so when night falls the entire area falls into depressing darkness.

The housing in Sterkwater fails to provide the value of the homestead that they have lost in the relocation, with family accommodated around each other to support household activities and shared duties. Homesteads included trees for gatherings and kept the ancestors close, burying deceased family members nearby so that they would be remembered and traditional customs respected and passed down to the next generation. Ploughing fields were within reach so that crops could be tended and soil maintained. Cattle and goats could go out to graze during the day and were kept safely close by at night. It is the value of this sustainable way of life that Amplats has failed to recreate and it is clear that the company has done the minimum when it could have done so much better.

Households from the Old Ga Pila community received only R5 000 (US $360) each as a settling in allowance when they gave up their homes. While they were promised land to replace the ploughing fields that previously sustained their livelihoods, this has not come to fruition. The R20 million (about US $1,5 million) that Amplats claims to have set aside for their community development has not been made available to them in the 17 years since their relocation.

Amplats says that it abides by the International Finance Corporation’s Environmental and Social Performance Standards on community relocations. But the Ga Pila community alleges that Amplats’ own consultants have made damning findings against Amplats’ compliance. Despite numerous requests, Amplats has refused to share the written findings with the community.

It is not the first time that this community has protested and it is unlikely to be the last. They are also not alone. For almost two decades now, several rural villages near Amplats Mogalakwena Mine have been under siege. While it is technically true that Amplats will not forcefully evict people from their homes, peoples’ ploughing and grazing fields were buried in rubble without the right to refuse. Some were even arrested while they ploughed. Faced with no livelihoods, people have had no ability to stop the mine’s march forward and the ever growing, gaping hole in the ground where they once lived and sustained themselves. Villagers clinging onto their homes witness their way of life being dismantled around them as the mine removes services, removes grazing and ploughing fields, removes neighbours until there is nothing left to do but move themselves, which in effect is forced removal.

The few families that have resisted relocation at Mothlotlo village provide a stark example of this, momentarily at least, for they are clearly in their final days.

The mine has stripped everything away and provides these remaining homes with a monthly grocery allowance to compensate the loss of land for subsistence farming and daily transport to access services such as schools, clinics and even to shops. To access these homes, visitors must be assisted to cross several roads where giant mine vehicles have the right of way as they create unnatural mountains of giant grey jagged rocks around the remaining homes. They are so high that the winter days are shortened even more when the sun disappears mid afternoon behind the mine dumps towering over their homes.

It is impossible for them to cling to the delusion that they can hold onto their way of life just a little longer when the mine is right on top of them, literally smothering the gentle hills which were once covered in grass, brittle scrubs and tall fierce aloes that provided forage in the winter for the goats and cattle.

It is never too late for Amplats to do better. While the law may only require consultation with communities before dispossession and compensation, a key lesson that can be drawn from the experience of the Old Ga Pila community is that communal land governed through customary law should be treated differently because of its intrinsic value to a communal way of life.

Through discussions with community leaders and members, a psycho-spatial understanding of the value of communal life in marginalised and poor communities and their struggle to have this value recognised which they perceive to be undermined and disregarded by elite mining interests emerges. This has little to do with mining rights, but is vital to the right to development; which upholds people’s right to self-determination and can only be achieved if consultation is replaced with a meaningful process of informed consent.