This special edition starts with the last wish of Samir Amin of establishing a new International of Workers and Peoples. It also includes Amin’s recent (2018) reflections on the current world situation. We have, as well, republished some papers he contributed to Pambazuka News in the past.

We would like to sincerely thank everyone who helped us coordinate the publication of this issue and those who sent us their tributes or allowed us to re-publish their articles. We apologise for those articles that we were not able to publish here.

Our special thoughts go to the family and close friends of Samir Amin.

His legacy lives on! 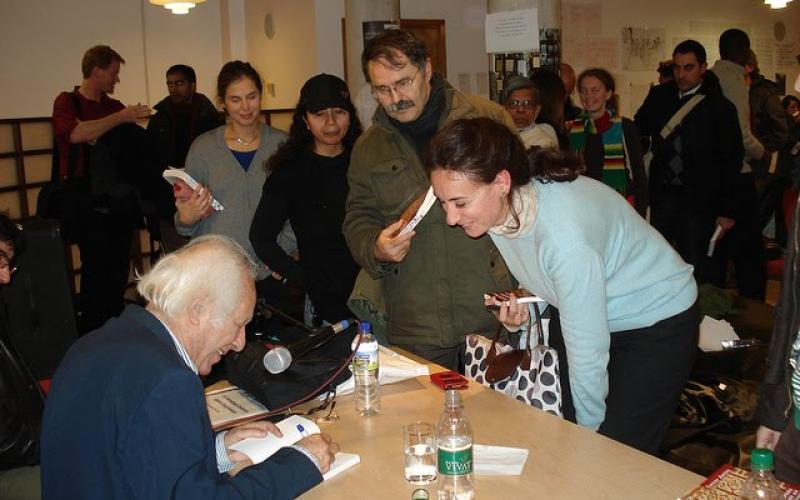 In a letter to his comrades, workers, activists and friends, Samir Amin outlines his [last] request to establish a new International of Workers and Peoples.

Samir Amin is proposing a way out of the current situation of capitalism in crisis. Nations should socialise the ownership of monopolies, de-financialise the management of the economy and de-globalise international relations.

In his book,  Le bicentenaire de Marx, Samir Amin reflect on the work of the man who has immensely influenced his own work and life.

Financial globalisation: should China move in?

Reflecting on the current crisis in the capitalist system, Samir Amin wonders whether China would be attempted to try to cure the system.

To understand the present capitalist economic crisis, Ama Biney contends that there is an urgent need to revisit the works of Egyptian political economist Samir Amin. His bold proposals on ending global inequalities and injustices are timely.

A baobab has fallen

Samir Amin was an exceptionally humble person. In spite of his huge influence on younger generations, he never treated them patronisingly or with condescension. Samir did not see himself as a leader, teacher or mentor. He treated younger scholars and comrades as his equals, engaging with them and critiquing them where necessary. 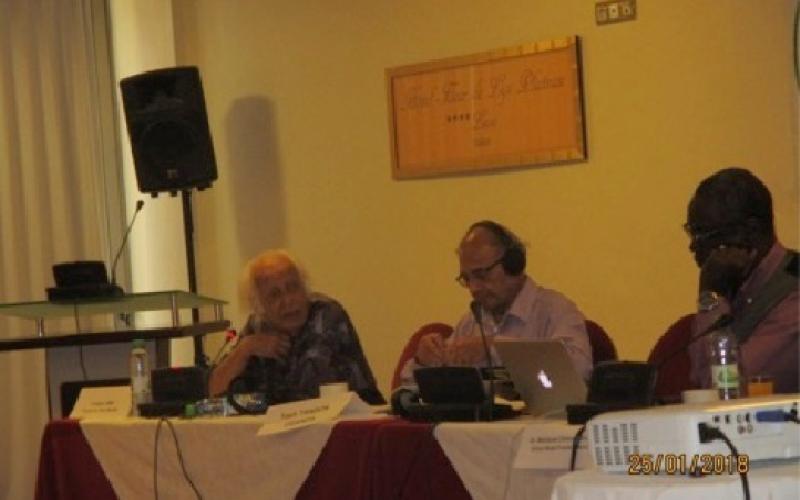 Yash Tandon dedicates a poem to his close friend and comrade in the struggle, Samir Amin.

Samir Amin: comrade in the struggle

Immanuel Wallerstein, one of the close colleagues and comrades in the struggle of Samir Amin, shares a personal experience of working with him.

Salute to a giant African academic

Samir Amin was as ruthless a critic of extreme religious movements as he was of neoliberal imperialism. (Ricardo Ramirez)

Letter of appreciation from Natasha Shivji

“The forces of change must come from the global South”

Samir Amin was an economist and intellectual, that has left his marks on academia, as well as on activists.

Tribute to the great master, comrade and brother Samir Amin

Samir Amin (1931-2018) was one of the thinkers of the global South who contributed decisively to starting the epistemological break with the Eurocentric discourse that permeates the social sciences and humanities. His passing on 12 August is a huge loss for his family, friends, collaborators and many sympathisers around the world.

The Council for the Development of Social Science Research in Africa (CODESRIA) wishes to officially inform members of the African intellectual community of the passing on of Professor Samir Amin on Sunday, 12 August 2018. For CODESRIA, this marks nothing less than the end of an era in the history of African social research given the many pioneering roles the late Professor Amin played as a scholar, teacher, mentor, friend, and revolutionary.

Celebrating his legacy, the author offers a critical analysis of a number of Samir Amin's books.

On Sunday, 12 August 2018, shortly after 4pm (local) Professor Samir Amin passed away in a hospital in Paris, France where he had been flown for emergency treatment at the end of July.

Death of a Marxist

Egyptian economist Samir Amin observed the dangers of our world but also its possibilities.

Intellectual-appropriate to the global South

With the demise of Samir Amin—an indispensable component of the new genre of the Radical Political Economy School of Marxism—the global South has lost an important intellectual prime mover of its history.

Samir Amin on centre, periphery and the world economy: an appreciation of his original insights

Samir Amin, already a major figure in the political economy of development, was the author of the first article in the first ever issue of ROAPE, in 1974. As the editorial noted, the article was “a summary of his basic model of the workings of the international system as a whole, presented at length in his two recent books” (the two- volume Accumulation on a World Scale, Monthly Review Press, 1974).

I met Samir Amin only once. I was lucky though as our meeting was spread over three days at a conference and I later interviewed him by telephone for The Review of African Political Economy. I described him to friends and colleagues, who heard that I had been fortunate enough to spend time with him, as indefatigable – he would stride out ahead of the group to locate the baladi (local) place to eat and places to visit.

On Samir Amin…and the importance of “delinking”

I was a friend of the late Samir Amin – we met a number of times in our long and peripatetic lives and never without personal warmth and delight at the shared opportunity to compare and contrast our opinions and to further discuss them.

Remembering Samir Amin, who dedicated himself to overcoming capitalism

The anti-imperialist scholar was very critical of the models of development and of the institutional structures of nation-states in developing countries that slavishly imitated the West, which he felt enabled colonialism to easily transmogrify into neo-colonialism.