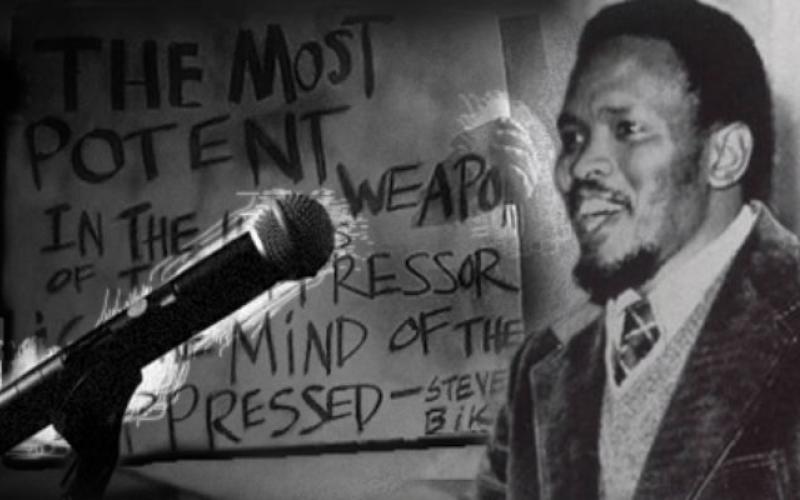 Some 130 years ago, European powers met in Berlin to hatch an agenda of subjecting Africa and its peoples to mere vassals, property to be possessed and exploited for the benefit of white people. African Liberation Day celebrates the African people’s successful resistance to this oppression. The Day is also a proud commemoration of the role Africa has played in the advancement of human freedom.

Today marks the 54th anniversary of African Liberation Day, since it was proclaimed at the founding meeting of the Organisation of African Unity (OAU), at Addis Ababa, Ethiopia, in 1963. It is an important day in our political life as the people of Africa, as it commemorates the founding ideals of unity and liberation, which were the cornerstone of the OAU, the forerunner to the current African Union (AU).

This day was used by Africans on the continent and in the diaspora to rally together and with other freedom loving peoples of the world to fight against colonialism, oppression and injustice.

When it was formed, the OAU did much to help advance the liberation and independence of many African countries, which were still colonies and dependent territories of Europe . Today, five decades after its inception, the entire African continent is free from direct colonialism, albeit still under the yoke of neo- colonialism and Western dependency. We note also, sadly, that Western Sahara continues to suffer under an aggressive and illegal occupation by Morocco.

The OAU established a dedicated organ, the Coordination Committee for the Liberation of Africa, otherwise known as the Liberation Committee, to heighten solidarity and to garner support for countries that were struggling against colonialism and white minority rule. Many Southern African liberation movements benefitted immensely, morally and materially, from this solidarity.

All Africans, Black people and those who value freedom and democracy, should observe African Liberation Day as a poignant marker in our liberation calendar, and in the role Africa has played universally towards the advancement of human freedom.

Human freedom is today imperilled, not so much by physical occupation and the brutal force that was synonymous with colonialism, but by a more insidious and  dangerous selective amnesia, as recently displayed by the former leader of the white liberal Democratic Alliance, Helen Zille, who is in denial about the human cost and  destruction colonialism wrought upon Africa.

This curtailment of human freedom is also evinced by the capture of our economic and political institutions by private interests, which erodes the hard-won democratic freedoms and rights of citizens and workers. We see this presently being played out in our country, in the gladiatorial contest between the Guptas and White Monopoly Capital.

Both sides of the capitalist divide are only driven by their avaricious desire to subvert our economic and political sovereignty, and to intensify their exploitation of our labour and land. Their interests are diametrically opposite to Black liberation.

For us in Azania, we recall the many sacrifices that were made by African countries and the peoples of the world, who afforded us human solidarity to defeat the demon of apartheid and to erase the scourge of institutionalised racism off the face of our country.

Africa Liberation Day must be seen as a direct response by Africa to counteract the evil designs of the 1884 Berlin Conference. Some 120 years ago, European powers gathered in that German city, to hatch an agenda of subjecting Africa and its peoples to mere vassals, and property to be possessed and exploited for the benefit of white people.

The conclusions of this infamous meeting led to the so-called Scramble for Africa, which resulted in Africa being carved up into blocks owned primarily by France, Britain, Portugal, Germany, Belgium, Italy and Spain. The consequence of this was the total domination, erasure and destruction of Africa’s humanity, institutions, and culture and land rights. 90% of African lands became official territories of Western powers. Nowhere else was this vulgarity more crudely represented, than in the then King of Belgium, Léopold, claiming the whole of the present-day Democratic Republic of Congo, as his own personal property.

African Liberation Day stands as a remarkable tribute to the OAU. Within 54 years after its founding, the bold efforts that were undertaken by Africans to free themselves and their continent from the clutches of foreign domination and settler colonialism were achieved, despite the underdevelopment that remain as its legacy. This goal was attained through advancing a moral vision and value for justice, freedom and democracy, but also through waging valiant liberation struggles and acts of resistance.

The independence leader of Ghana, Kwame Nkrumah, was a committed pan- Africanist and socialist revolutionary, who worked untiringly for the freedom and unity of Africa. He played a pivotal role in lifting our vistas beyond narrow nationalism, ethnicity, tribalism and the slumber induced by pseudo-independence. We recall his evocative words at the founding of the OAU, during his famous We Must Unite or Perish speech:

“African unity is above all, a political kingdom which can only be gained by political means. The social and economic development of Africa will come only within the political kingdom, not the other way round.

Is it not unity alone that can weld us into an effective force, capable of creating our own progress and making our valuable contribution to world peace?”...So many blessings flow from our unity; so many disasters must follow on our continued disunity. The hour of history which has brought us to this Assembly is a revolutionary hour. It is the hour of decision. The masses of the people of Africa are crying for unity. The people of Africa call for the breaking down of the boundaries that keep them apart…”

The founding leaders of the OAU and African Liberation Day were anchored on a strong moral compass, whose cardinal points were human freedom, solidarity and development.

Human freedom should be a continuing objective of all democratic forces, especially now, when powerful blocs seem bent on putting limits to its further expansion in Africa and throughout the universe. We bear witness to this when European governments suppress the rights of political and economic refugees from Africa and elsewhere, by detaining them in subhuman camps, with the collusion of rogue Arab states and undemocratic governments, in violation of international human rights conventions and laws.

The unnecessary deaths of Africans at sea in the Mediterranean while attempting to cross to Europe in places like Lampedusa, are avoidable and preventable. The African Union and African governments must insist on humane treatment of African refugees and for international protocols on migrants being upheld.

The Black Consciousness Philosophy upon which Azapo is premised is framed by values of human solidarity and freedom contained in The Black Students’ Manifesto, a basic document that was adopted at the establishment of our movement by the South African Student’s Organisation (Saso) in 1967. It puts accent on this when it states:

This year marks the 40th Anniversary of Steve Biko’s martyrdom. The Black Consciousness  Movement  will rededicate itself to the course of Black Solidarity, which he propagated, as we observe African Liberation Day.

As South Africans, we must also use today to reflect on whether our country is on track towards building a developmental and ethical state based on good governance. We stand at a precipitous democratic and social moment as a nation, with the seeming entrenchment of corruption within the state. The spate of violence and crime in our society, and the arrested development of our youth and labour force, point to a failure in the nation-building project. Azapo will join hands with other patriots to rescue the promise of freedom, before it is completely lost.

The spread of femicide, kidnappings and killing of young women as well as the recent horrendous death of 35 informal miners in disused mines, are also indicative of the moral and social decay that is gripping our society.  We implore government and all our citizens to utilize this Africa Liberation Day, to recommit ourselves to the goals of the liberation struggle - freedom, equality, peace and development, which must always undergird  our social transformation programme.

Repossession of our land, restoring our culture and languages, including the redistribution of wealth to the masses and workers of our country and the continent, are the surest way to realise the noble aspirations of the  visionary leaders who originated the African Union and Africa Liberation Day.

We draw inspiration from the hope that springs from the poem of Jorge Rebelo, a  Mozambican and a FRELIMO freedom fighter, when he writes:

Come say to me ‘Here

my hands have been crushed

the land which they own

Come, tell me all this, my brother

And later I will forge simple words

Which even the children can understand

Words which will enter every house

On our people’s souls

Bullets are beginning to flower.

On this 54th African Liberation Day, may the bullets that liberated our people and  continent, truly begin to flower for all  her daughters and sons.