Empires of conquest, occupation and genocide 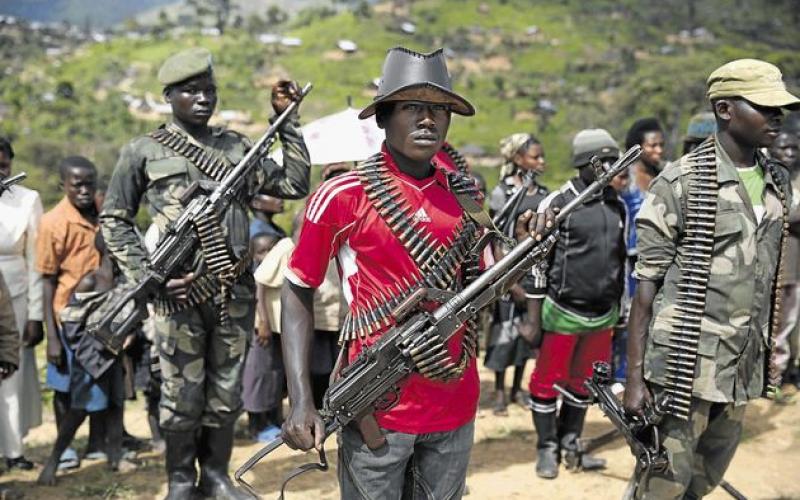 For over a century, Europe has been involved in the mass murder of millions of people across Africa in connivance with local elites. The only way to stop these mass murders by empire is for African people to construct for themselves a civilisation where African life is fundamentally sacrosanct.

As the milestones (below) show, the European World-conqueror/conquest state in Africa, right from the outset, in the wake of the notorious November 1884-February 1885 Berlin Conference, is at once an occupying and genocide state.

The lead conqueror-powers - Belgium, Germany, Britain and France, in that chronological order, would directly or indirectly (e.g. French military brigade based and operating in Rwanda, 1994) perpetrate genocide in which millions of constituent peoples in Africa are murdered in designated countries in eastcentral, south and southwestcentral regions of the continent they occupy or quasi-occupy during the course of 138 years, 1878-2016.

In the cases of Nigeria, Rwanda, the Sudan, and Democratic Republic of the Congo, beginning with Nigeria’s inaugural launch of the Igbo genocide on 29 May 1966 in which it murders 3.1 million Igbo or one-quarter of this nation’s population during 44 subsequent months, the African/African-Arabised-islamist “inheritors” of this conquest-genocide state (latter variant applicable especially to Nigeria and the Sudan), or the “boys” of their respective Europe-based suzerain “massas”, essentially take over as the primary-agent executors of genocide in contemporary Africa. These “boys” of empires  – the Yakubu Gowons, the Olusegun Obasanjos, the Mobutu Sese Sekos, the Obafemi Awolowos, the Mohammed Shuas, the Idi Amins, the Muhammadu Buharis, the Jean-Bédel Bokassas, the Benjamin Adekunles, the Omar al-Bashirs, the Gbadamosi Kings, the Murtala Mohammeds, the Hissène Habrés, the Ibrahim Taiwos, etc have sought zealously and ruthlessly to compete with their “massas” to keep the slaughtering thresholds of these stretches of genocide in Africa at the optimal level.

So, in these past 50 years, i.e. since 29 May 1966, these gruesome “boys” of empires have murdered 15 million African peoples in genocides and other wars across Africa. These “boys” will continue to murder Africans as fiendishly as ever for the dual, shared, interests of theirs and their “massas” until they are stopped.

They will be stopped by none other than an African agency on the African ground. This agency must dismantle the extant “Berlin-state”, the “curse” in Africa as historian Basil Davidson has succinctly described it, precisely that terror lever that the empires employ to not only expropriate Africa’s gargantuan wealth day in, day out, but, more intrinsically, murder Africans. In the current epoch, the disciplined and focussed Biafran freedom movement articulates the urgency of this agency. As I have argued (see Herbert Ekwe-Ekwe, “The mission of Biafra”, Pambazuka News, 28 July 2016), the imperative of the Biafra mission, given the catastrophe of the agelong revolving genocides unleashed by the empires of Europe on the peoples of Africa, is to construct a civilisation where African life, human life, is fundamentally sacrosanct.

(3) 1904-1907: German state-organised genocide of Nama people in Namibia – 10,000 Nama were murdered or 50 per cent of the Nama population destroyed
(4) 29 May 1966-12 January 1970 (phases I-III): Nigeria state-organised genocide of Igbo people, foundational genocide of post-(European)conquest Africa, supported, centrally, by Britain under Prime Minister Harold Wilson (diplomatically, politically, militarily) – 3.1 million Igbo or one-quarter of this nation’s population murdered, representing highest number in genocide fatality of a constituent nation or people in Africa during these past 138 years

(5) 13 January 1970-Present Day (phase-IV): Nigeria state-organised/Boko Haram/Fulani Militia genocide of Igbo people (the duo Nigeria genocidist state allies here, actively since early 2000s) – tens of thousands of Igbo murdered (Boko Haram is presently deadliest terrorist group in the world – has murdered more people in southwestcentral Africa than those murdered by ISIS in the Middle East, Europe and elsewhere, according to the New York’s Institute for Economics & Peace study, “Global Terror Index 2015”, November 2015; Fulani Militia, or so-called Fulani herdspeople as often tagged in the media in Nigeria, is also a subject of focus in this study)

(6) 1994: Rwanda state-organised genocide of Tutsi people, with a French military brigade stationed in the country during the period implicated in the perpetration of this crime – 800,000 Tutsi murdered

* Herbert Ekwe-Ekwe is visiting professor in the graduate programme of constitutional law at Universidade de Fortaleza, Brazil. He specialises on the state and on genocide and wars in Africa in the post-1966 epoch, beginning with the Igbo genocide, 29 May 1966-12 January 1970, the foundational and most gruesome genocide of post-(European)conquest Africa. Among his books are Longest genocide - since 29 May 1966 (forthcoming, 2016), Readings from Reading: Essays on African Politics, Genocide, Literature (African Renaissance, 2011), Biafra Revisited (African Renaissance, 2006), African Literature in Defence of History: An Essay on Chinua Achebe (Michigan State University Press, 2001), Africa 2001: The State, Human Rights and the People (International Institute for African Research, 1993), and Conflict and Intervention in Africa (Macmillan, 1990).