Home » Pan-Africanism » [email protected]: Schooled in the ways of activism

[email protected]: Schooled in the ways of activism 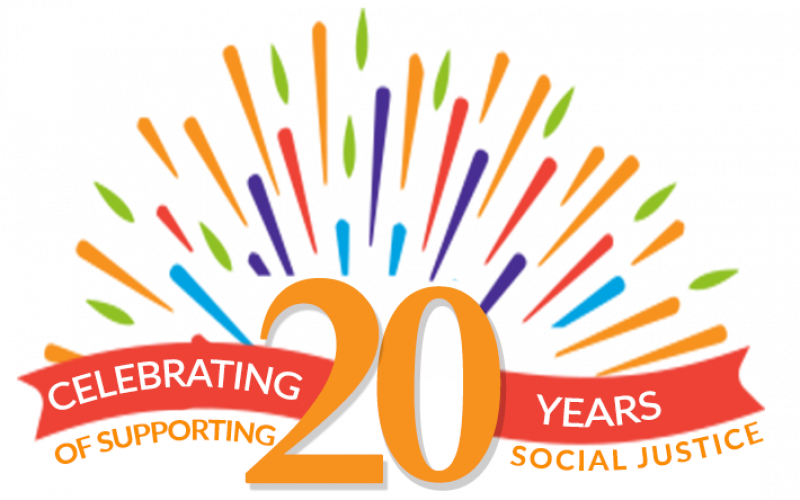 The nine months I spent at Fahamu as a multi-media producer intern felt like an incubation period, a launch pad of sorts for deepening my commitment to radical social justice, scholarship and storytelling about and for Africa. These were some of the most transformative moments of my lifetime.

In October 2006, I barreled into the Oxford office of Fahamu, Networks for Social Justice, looking for something socially redeeming to do with my limited free time. Back then, I was a 24-year-old firebrand just starting a masters degree in African history and politics at the University of Oxford.

Quite pompously, I thought I knew everything there was to know about political, economic and social transformation in Africa. I thought community activism was my forte. I couldn’t have been more naïve or wrong.

The nine months I spent at Fahamu as a multi-media producer intern felt like an incubation period, a launch pad of sorts for deepening my commitment to radical social justice, scholarship and storytelling about and for Africa. These were some of the most transformative moments of my lifetime.

In January 2007, I was part of Fahamu’s delegation to the World Social Forum in Nairobi, Kenya. In commemoration of the organisation’s decade-long existence, we convened a panel of African and Chinese activists to discuss whether China’s engagement with Africa was a form of renewed South-South cooperation or a heightened form of neo-colonialism. We produced an in-depth podcast of those discussions, and Fahamu eventually published an anthology of radical political economy analysis about Africa-China relations, titled Chinese and African Perspectives on China in Africa. Fahamu was at the forefront of these deliberations long before Africa-China engagement became sexy or topical.

On the advent of Liberia’s transition from a war-torn country to post-war posterchild, I also co-produced and co-edited with Liberian publisher Stephanie Horton a special issue on Liberia for Pambazuka News, which served as a platform for some of Liberia’s most prominent thinkers, artists and activists to speak candidly about what transformation should look like, feel like and taste like after 160 years of independence. This special issue would eventually metamorphose into my deeper engagement with the Sea Breeze Journal of Contemporary Liberian Writings, a vibrant platform for Liberian arts and letters.

The incubation period at Fahamu also enabled me to write a scathing critique of Firestone Rubber Company’s protracted assault on Liberian workers, which was eventually published in Pambazuka News and the 2007 book, From the Slave Trade to ‘Free’ Trade: How Trade Undermines Democracy and Justice in Africa.

A few months before leaving Fahamu and Oxford to take up a fellowship in the Office of the President of Liberia, I travelled to The Hague to cover Liberian warlord-turned-president Charles Taylor’s trial at the UN-backed Special Court for Sierra Leone, producing a podcast interview with the chief prosecutor as well as an in-depth analysis for Pambazuka News about how Taylor’s trial highlighted the nature of selective international justice against Africa.

All these personally fulfilling memories came flooding back last week when I attended Fahamu’s 20th anniversary celebration in Nairobi, Kenya. It felt like coming full circle 10 years after attending the World Social Forum with the organisation. That Fahamu has survived and thrived, even under very difficult circumstances, while other African progressive forces of change have succumbed to funding cuts, political intimidation, and general fatigue is a testament to the organisation’s resilience and vitality.

Listening to multiple panels of young African activists talk about how Fahamu had shaped and energised their commitment to social change reminded me so much of myself 10 years ago. Back then, I was looking for a progressive outlet to channel all of my angst into action, and Fahamu meaningfully schooled me in the ways of activism.

A decade ago, I learned that racist, sexist, neoliberal forces were hard at work organising, and that we progressives had to be 10 steps ahead of them. I learned that activism is a way of life, a deep and abiding commitment to fighting inequities big and small. For that, I am eternally grateful to Fahamu and the legion of African social justice gurus who continue to proclaim forcefully that another Africa is imperative. An Africa that sets its own agenda, funds its own agenda, and stands by its own agenda. An Africa whose agenda dignifies the majority of its citizens and transforms their lives for the better.