Rebellion, emigration and the development of Pan-Africanism 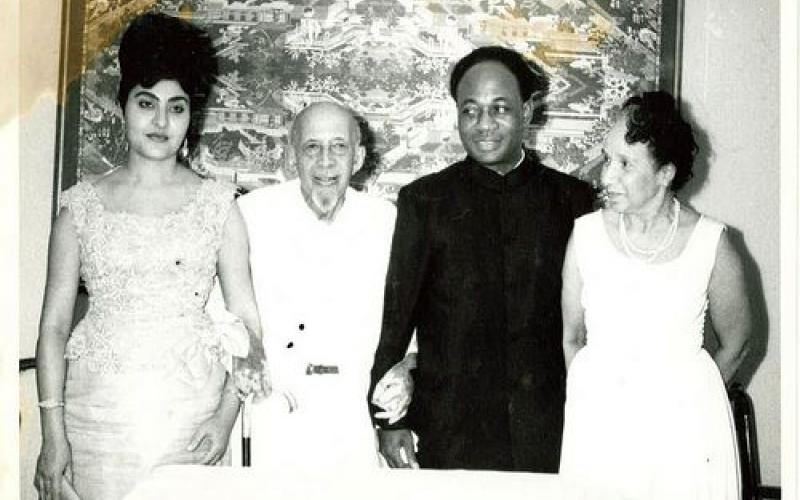 Beginning in the early decades of the 15th century, the African continent faced an unprecedented onslaught where human traffickers and colonisers sought to conquer the people for the purpose of labour exploitation, strategic territorial advantage and the plunder of natural resources.

Prior to this period, Western Europe had not been the centre of the world system, which was based in the Indian Ocean basin spanning from the North, West, South and East of Africa extending through Asia to the South Pacific. For nearly six centuries this clash for supremacy has resulted in the transformation of international relations, sharp divisions within the dynamics of political power along with the domination of global markets for the benefit of Western Europe and its outgrowth in North America.

After the beginning of the slave trade there was the founding of outposts and colonies in Africa and other regions of the world. In the Western Hemisphere the conditions were conducive for the development of large-scale plantations where agricultural commodities were produced for export into the burgeoning capitalist markets, which were controlled by Western Europeans. The conditions under which the indigenous peoples and Africans were forced to labour under breed resistance are a horrendous form of exploitation and oppression.

With specific reference to the African people brought to North America, Central America, the Caribbean and South America, the aim on the part of the enslavers and colonisers was to break the will to oppose the slave system. This was never done successfully due to the fact that there were many forms of resistance including flight, work stoppages and slow-downs, compounded by small and large-scale rebellions.

In Brazil as early as the 17th century there was the advent of the Quilombos representing independent African communities established by runaway formerly enslaved people. The Maroon communities of the Caribbean were also a case in point representing the rejection of Africans to the slave system managed through the process of colonisation.

In the United States there were indeed many instances of flight from enslavement. This is documented through the innumerable advertisements placed in newspapers offering rewards for information on the whereabouts of escaped Africans. There existed detention facilities exclusively designed for the purpose of holding runaways where further repressive measures were enacted to demoralise those who sought freedom from bondage.

On an institutional level, it is important to recognise that in the United States the earliest mutual aid societies and churches called themselves first and foremost African. The First African Baptist Churches in Georgia, Virginia and South Carolina were formed during the latter decades of the 18th century.

Later in the Northeast state of Pennsylvania during the late 1770s and 1780s, Blacks who were no longer enslaved created the Free African Society in Philadelphia. These efforts would later lead to the establishment of the African Methodist Episcopal Church in the 1790s through the early years of the 19th century. This church would spread first in the slave state of South Carolina where in Charleston the second major congregation, Mother Emanuel founded in 1816, was accused of being the staging ground for a planned rebellion led by Denmark Vessey in 1822.

The founding of Sierra Leone and Liberia

Thousands of enslaved Africans fled from their owners during the American War of Independence particularly after the British occupation of Charleston, South Carolina. The English military forces promised freedom to Africans in exchange for their loyalty to the Crown.

More Africans fought on the side of the British during the separatist war than did for the army led by George Washington seeking to break away from London. After the defeat of the English, thousands of these Africans were evacuated from Charleston and New York in what became known as the United States, to Nova Scotia in Canada. Conditions were harsh and some of the European loyalists were allowed to keep enslaved Africans in bondage.

However, by late 1780s others had been taken to London where they suffered from poverty and racism. The Sierra Leone Company eventually took 4,000 “Black Loyalists” to settle back in West Africa where many of them were captured during the Atlantic Slave Trade. Even under these circumstances as subjects to the British colonial system, many were not free from harassment by slave traders and recapture.

Liberia was another nation formed in West Africa in order to resettle freed Africans. The area was acquired by Rev. Robert Finley of New Jersey and missionary Samuel John Mills of Connecticut, the co-founders of the American Colonization Society in 1816. These European Americans, who were supported by both liberal and conservative elements in the United States, believed that Africans freed from bondage would not be able to enjoy full equality.

The repatriation of over 4,000 Africans from the United States and the Caribbean served as the demographic base for the founding of Liberia in 1822. Nonetheless, the lack of support for these inhabitants of the territory resulted in huge mortality rates and desertions. By 1847, the settlement of Liberia was encouraged to declare independence although United States political and economic dominance has remained until the present period.

Many Africans were intrigued by the idea of repatriation in light of the protracted struggle to end slavery and the precarious status of those considered free. Edward Wilmot Blyden was one such person. Blyden was born in St. Thomas in the Virgin Islands then controlled by Denmark. He was encouraged by American missionary John Knox to pursue higher education in the United States.

Blyden was rebuffed by several theological colleges. He eventually travelled to Sierra Leone to teach for several years and then to Liberia in 1850, where he served as a journalist, educator and government official.

Blyden’s writings on religion, African culture and emigration placed him in the position of being described as the “Father of Pan-Africanism.” His ideas influenced the likes of Henry Sylvester Williams, Marcus Garvey and Kwame Nkrumah. He is [also] credited with developing the concept of the “African Personality”, which was widely advanced by the Ghana government of Nkrumah during the 1950s and 1960s.

Pan-Africanism and the awakening in the 20th century

As a writer and public intellectual, Blyden’s work was reflective of many others who played a pivotal role in the consciousness of African people during the latter decades of the 19th century and early 20th century. A series of Pan-African gatherings beginning in Chicago in 1893 to the conference in London in 1900, extending through the founding of the Universal Negro Improvement Association (African Communities League) by Marcus Garvey in 1914 and the convening of the Pan-African Congresses by W.E.B. Du Bois from 1919 to 1927, provided the ideological foundations of the national liberation movements and unification efforts.

By the time of the Fifth Pan-African Congress in Manchester, England in October 1945, which brought together luminaries such as Du Bois, George Padmore, Amy Ashwood Garvey, Kwame Nkrumah, Jomo Kenyatta, and Ras Makonnen among others, the political situation was ripe for a major campaign against colonialism and imperialism. All through the late 1940s until the mid-1990s, most African and Caribbean states gained their independence from direct European domination. In the United States, African Americans waged a decades-long struggle for civil rights, human rights and self-determination resulting in the passage of legislation in 1957, 1964, 1965 and 1968, which ostensibly guaranteed the right to an existence absent of discrimination on the basis of race, gender, religion and national origins.

However, the struggle continues against exploitation and oppression as efforts are well underway aimed at the recolonisation of Africa and the Caribbean, as well as the reversal of the legal gains related to the 13th, 14th and 15th Amendments to the Constitution. Successive judicial rulings and state legislative measures have eroded the legal force of the Civil Rights bills of the 1950s and 1960s in the United States.

In the 21st century Africans from around the world must recognise the interconnectivity of their plight under the yoke of modern-day imperialism. Organisations aimed at the renewal of the international character of the Black struggle will inevitably be revitalised in order to complete the movement for genuine independence, political unity and economic justice.