King Mohamed’s expansionist dreams: The African dream is in danger 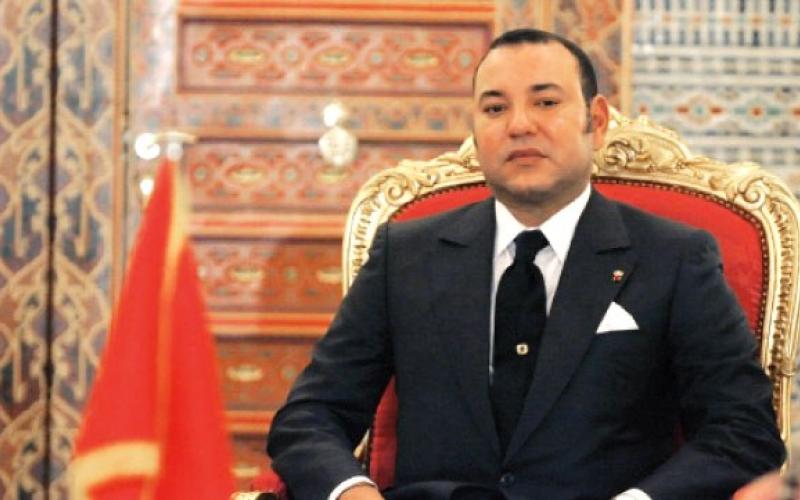 For the first time ever, a Moroccan king delivers a nationalist expansionist speech from a foreign country without any obvious reason that would explain this choice. The king is not a victim of a coup nor is his country threatened by any peril that may have explained such a choice.

King Mohamed VI delivered, from Dakar- Senegal, this November 6 a speech on the occasion of his father’s invasion of Western Sahara. The speech contained many messages to the African Union and Africa first, to the Saharawi Republic of course, and implicitly sent serious messages to Mauritania especially and also to the people of the Rif and to the Moroccans, who are now demonstrating massively against their authorities’ violations of their most basic human rights.

Message to the African Union

Mohamed VI simply declared that his country would become a member of the Union without giving up colonizing Western Sahara.

“When we announced our return, we were not asking for anyone’s permission to exercise our legitimate right. In any case, Morocco is returning to its natural place and is supported by an overwhelming majority to reclaim its seat within the African institutional family,” he haughtily stated.

Worse, the king openly declared his determination to keep up with his country’s colonization of Western Sahara, and threatened all other states who support the decolonization of the last colony of Africa to stop them from implementing all OAU/AU and UN decisions on this conflict.

“Morocco’s return to its continental institutional family will not change our unwavering position regarding the Moroccan Sahara. On the contrary, it will enable us to defend our legitimate rights and correct the fallacies peddled by opponents of our territorial unity, particularly within the African Union. We will also foil their attempts to insert such fallacies into resolutions which are contrary to the base set by the United Nations for the settlement of this fabricated regional dispute and to the stances adopted by most African states,” the king says.

So, the kingdom is seeking re-admission in the AU but refuses to respect the borders of other member states, refuses to accept peaceful solutions to the conflict, and refuses to respect the right of the SADR to complete sovereignty over its territory. Now, it will be very interesting to see how the African Union and individual African states answer this new Moroccan arrogance.

Message to the Saharawi Republic

The king’s speech simply warned the Saharawi leaders and people and called on them to get ready for hard times from inside the AU. To believe his own words, Morocco will as he said, “foil their (Saharawi and their allies’) attempts to insert such fallacies into resolutions which are contrary to the base set by the United Nations for the settlement of this fabricated regional dispute and to the stances adopted by most African states.”

So basically, the aim behind the Moroccan search for re-admission to the African Union is not to participate in the integration and emancipation of our mother Africa; it is rather a determined will to break it from inside by fueling conflicts and pushing some African states to support a colonial regime, Morocco, in its expansionist and colonialist goals in Africa in general and in Western Sahara in particular.

Now, coming back to the king’s choice of delivering the speech from Dakar, we can only deduce that he wanted to read this speech of expansionism from behind the borders of Mauritania to warn it against the possible future wrath of Rabat against Nouakchott if the later continues to refuse Morocco’s interference in its internal affairs.

Everyone knows that Rabat is angry with the current President of Mauritania, Mohamed Ould Abdelaziz, because he refuses to submit to the Morocco-French will and holds a position in favour of the complete political independence of his country.

It seems that the King’s aim of delivering his speech from Dakar to say to the Africans that the political borders of Morocco/France go beyond the Moroccan geographical borders. It reaches other countries that are willing to defend the Moroccan expansionist claims in Western Sahara now, in Mauritania and maybe in some parts of Algeria some coming day.

Messages to the people of the Rif and the Moroccan people

The king chose, as he said, to deliver his expansionist speech from Senegal “because of the special status it enjoys in Africa, thanks to its historically democratic model, its political and social stability, as well as its economic dynamism.” In other words, he chose that country because it has some features he couldn’t possibly find in his own country, which is burning these days because of his people’s demonstrations and uprising against the violation of their rights by the authorities of the king.

The king wanted to say that he had to give the speech from Dakar because Morocco is not democratic, doesn’t enjoy a special status in Africa (since many countries look at it as a colonial regime), lacks political and social stability as well as economic dynamism.

The king of Morocco in this speech is openly describing his new strategy towards Africa and the African Union. This strategy is simply based on buying allegiances of some high African politicians, bribing them with money and maybe some economic promises in exchange for blind and shameful support for the colonization of the last colony in Africa.

The king, further, targets the African Union aiming at stopping its support to the Saharawi Republic or if he can’t do that, then blow the organization from inside by splitting it in two because of this issue.

It is time for Africa and Africans to make choices. Should they stick by the founding principles of their organization and continue defending the goals and objectives of the AU Constitutive Act, or will we be hearing voices that will praise a colonial regime, expressing support to murder, human rights violations, natural resources pillage, despise and disregard of African principles, and support of the colonization of a fellow African nation? The coming days will bring the answer, and they will certainly draw the picture of the future Africa we will live in.

Malainin Mohamed Lakhal is a freelance journalist and translator and a member of the Saharawi Natural Resource Watch (www.osrn.info).