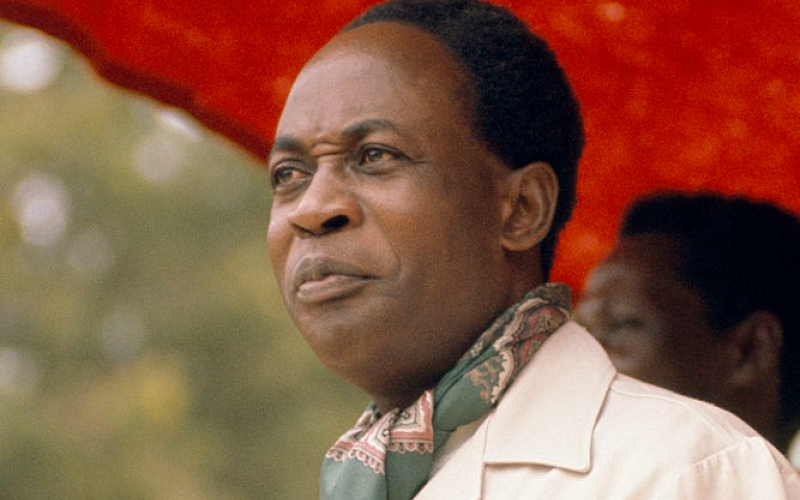 The author argues that the failure of the Ghanaian Left to build on the legacy of Kwame Nkrumah is giving a good opportunity to the centre-right ruling party to develop and cement its neo-liberal ideology.

On Monday, 7 January 2019 Ghanaians have been offered a unique opportunity to celebrate another holiday. The New Patriotic Party (NPP) administration has, through parliamentary procedures, altered statutory public holidays in Ghana. 7 January is now Constitution Day, whilst 4 August will now be celebrated as Founders Day, i.e., the day on which the United Gold Coast Convention (UGCC) was founded (4 August 1947). At the same time, 21 September has been downgraded to Nkrumah Day. Undoubtedly, the founding of the UGCC is an important milestone in our history, but should it be used to downgrade 1 July, as the day Ghana became a republic?

However, by doing this, the NPP completely outsmarted its political opponents. It is a clever move even if it looks unbelievable. I do not think that the NPP is looking for a fight with proclaimed Nkrumaists (Nkrumah devotees) as some writers refer to some of us. The NPP is seeking to give Joseph Boakye Danquah a prize of place in Ghana’s history. By stealth, the NPP is gradually trying to present the late Joseph Boakye Danquah as the leader of Ghana’s history. Undoubtedly 7 January will also be used to celebrate the role of the UGCC and other nationalists’ forces should be recognised and celebrated.

The NPP, unlike the Convention People’s Party (CPP), has one advantage; as a party, they have a unity of purpose in terms of their political, social and economic direction. There are no two or three NPPs, but one NPP. However, the neoliberal stance of this government, like the last one, should have provided the opponents of neoliberalism with a good cause for an intensive popular, anti-neoliberal struggle for genuine change in Ghana. But the NPP is proving to be clever, while the opportunism and lack of ideological clarity on the part of Nkrumaist groups is being exposed by the day.

The NPP government is cleverly mixing pro-poor social programmes with a strengthening of its neoliberal economic and political base. It will continue to do this because the radical left and Nkrumaists have failed to provide an alternative economic development paradigm in spite of the harrowing weaknesses of neo-liberal austerity underpinned by the International Monetary Fund.

The Nkrumaist family is divided politically, and is subject to infiltration and sabotage by people claiming to be Nkrumaists. The CPP, which should have the moral authority to claim the Nkrumaists space, is weak organisationally and politically and probably cannot galvanise forces, which aspire to an Nkrumaist agenda.

The NPP is aware of this, and is rising to provide the building blocks for their type of politics. The strategy of the NPP is not solely to place Joseph Boakye Danquah and to a lesser extent, the late Kofi Busia as leading figures in our fight for independence and on the same pedestal with Kwame Nkrumah, but to build an ideological base for its work. Those who claim that “ideology” is not important should look at what is happening in our country.

The Busia-Danquah fraternity has a bigger agenda. Now that it controls the state and by extension, huge resources, it is seeking to downgrade the CPP, Nkrumaism and the possibility of a socialist’s revival in Ghana. The NPP has shown that it will use the opportunities that state power offers them, to continue chipping at the credibility and unchallenged honour that Kwame Nkrumah has enjoyed over the years in Ghana.

This has one serious weakness. Kwame Nkrumah is a hero not simply because of his role in leading the anti-colonial and pro-independence fight in Ghana. Nkrumah is a global phenomenon, recognised world wide as a Pan Africanist icon, a writer, a historian, leader of the African guerrilla movements, and so on. This is where the weakness of the Busia – Danquah agenda in Ghana begins to crumble. They see Ghana, but Pan Africanists, radical leftists and Nkrumaists continue to see the pan African base of the life of the leader Kwame Nkrumah.

The current historical gerrymandering by the NPP administration has thrown the cat among the pigeons in the Nkrumaist family. Some sections of the Ghanaian left (radical, anti-neo-liberalists) are doing what they do best, complain and issue grandstanding declarations for some kind of “fight back”, a term I hardly understand. However, I must admit that the NPP is being more strategic than the Nkrumaist faction.

Following the declarations of the new holiday dates, the NPP Minister for Information, Oppong Nkrumah is organising a lecture on democratic governance.

Undoubtedly, major national think tanks like the Centre for Democratic Development, the Kufuor Foundation, the Busia-Danquah Foundation and several others will be in attendance. They will try to justify the government’s action in relation to current events, and then call on Ghanaians to celebrate these new dates. It is their democratic right.

Of course, we can also point to Nkrumaist groups like the Kwame Nkrumah Ideological Institute led by Benjamin Ayagre, a leading trade unionist; the Kwame Nkrumah Centre led by Samir Nkrumah; the People’s Democratic Movement and several others.

Yet, one baffling thing is that in spite of the fact that Nkrumaist occupied the seat of government, and had immense opportunities, they have not been able to build an influential think tank or foundation in his honour.  Some radical and Nkrumaist groups have organised several conferences, congresses, workshops, fight backs, and what have you, but these have not been used to project the vision and mission of Kwame Nkrumah. As a result, they have failed to build a solid, sustainable, independent foundation.

No serious effort has been made to populate Nkrumah’s vision and ideas of national development among the youth of this country. In 2015, the 8th Pan African Legacy Project (which I chaired) tried to reverse this by acquiring and distributing the written works of Kwame Nkrumah and other African nationalists, but this has also stalled.

To a large extent therefore, the Busia-Danquah faction cannot be accused of stealing the actions and tendencies of the Nkrumaist left in Ghana. They have seen an opportunity, and are occupying it, using the opportunities it offers.

Unless Nkrumaists are willing and able to build a strong Nkrumaist formation devoid of the usual pettiness and lack of ideological clarity based on the original ideas of pan Africanism and a self-reliant economy, the onward march of the Busia-Danquah political faction will continue unabated and unchallenged.

There are too many groups and individuals who claim to be Nkrumaists, but are not willing to sacrifice their individual idiosyncrasies and personal interests to push the Nkrumaist ideological agenda forward. Yet there are many committed and genuine Nkrumaists, who with some unity of purpose and clarity of the political direction, can change the endgame of politics in Ghana.

However, as the Nkrumaist Left begins the real “fight back” with organisational and ideological clarity, to mobilise and regroup and the youth taking up the battle cry of Nkrumaism one more, the ideological confrontation between the two groups linked to the titans of Ghana’s independence movement will come to a head sooner than later. I have no doubt that an Nkrumaist group will emerge to challenge the NPP’s ideological hegemony.

* Zaya Yeebo is a writer, commentator, editor and member of the People’s Democratic Movement.