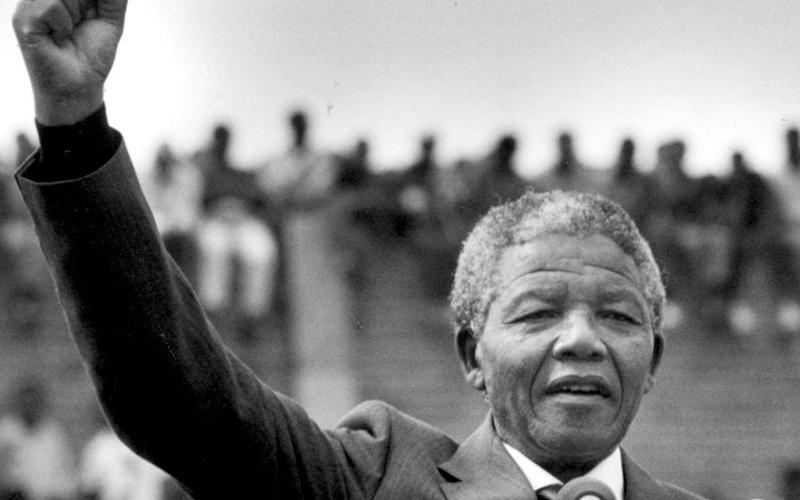 On the 18 July 2018 the world celebrated the international centennial anniversary of Nelson Mandela’s birth. It was a significant moment in history for us to pause and reflect on the intrinsic values exhibited by one of Africa’s greatest sons, our very own global leader and icon – Madiba.

The centennial celebration ought to have encouraged the world to think strategically about the need for authentic leadership, so responsibly exemplified by Mandela. Given the gross inequalities and injustices, which are spawned by poor governance and leadership, it is imperative that the world endorses the icon’s legacy especially in terms of his visionary leadership style.

It is a critical juncture in global history to reflect on the issue of contemporary leadership. It is an unfortunate epoch when the world’s leaders are failing in epic terms. The failure is palpable, quantifiable, self-evident, and glaring. Economies are stagnating, societies are declining and regressing, nations are fracturing, a generation of young people is lost, and mother earth is in serious distress.

The world has never wanted leaders less, but needed leaders of the calibre of Mandela more. It has never mistrusted leaders more, but wanted direction so desperately. It has never been more cynical about leadership, but been more in accord that things should not continue just as they are.

What then are the critical qualities and abilities that political leaders need in today’s rapidly shifting world? In a world characterised by disruptive political and social transformations, there has never been a greater need for authentically responsive and responsible leaders. Yet today’s dominant models of leadership struggle to reconcile both qualities. If technocratic leadership privileges responsibility over responsiveness, populist leadership is all about responsiveness.

Embracing populism seems irresistible, especially by some leaders in the last decade and this has wrenched open the so-called “Overton window” of acceptable ideas and language. There is a growing illusion amongst demagogic leaders that politics can simply collect people’s preferences and mechanically turn them into a reality, which threatens to override the very bedrock of responsible leadership and democracy.

In any democracy human rights exist to protect people from malevolent leadership and governance especially from abuse and neglect. Yet today a new generation of populist leaders is turning this protection on its head. Claiming to speak for “the people” they treat human rights as an impediment to their conception of the majority will, a needless obstacle to defending the nation from perceived threats and evils.

Instead of accepting human rights as protecting everyone, they privilege the declared interests of the majority, encouraging people to adopt the dangerous belief that they will never themselves need to assert rights against an overreaching leader claiming to act in their name.

The appeal of the populist leaders has grown with mounting public discontent over the status quo. Many people feel left behind by change, the global economy, social injustice and growing inequality. Horrific incidents of terrorism generate apprehension and fear. Some are uneasy with societies that have become more ethnically, religiously and racially diverse. There is an increasing sense that populist and charismatic leaders and the elite ignore public concerns.

In this cauldron of discontent, certain political leaders are flourishing and even gaining power by portraying rights as protecting the majority. They scapegoat refugees, immigrant communities, and minorities. Truth is a frequent casualty. Nativism, xenophobia and racism, are on the rise and go hand in hand with populist leadership.

This dangerous trend threatens to reverse the accomplishments of modern human rights enshrined in the constitution of most democracies. Protecting these rights was understood as necessary for individuals to live in dignity. Growing respect for human rights laid the foundation for freer, safer, and more prosperous societies.

Encouraged by racism and ethnicism in an expanding coterie of countries, including South Africa, a segment of global political leadership sees rights as protecting only these “other” people, not themselves, and thus as dispensable. If the majority wants to limit the human rights of refugees, migrants, or minorities, the populist leaders suggest, the majority should be free to do so.

It is perhaps human nature that it is harder to identify with people who differ from oneself, and easier to accept violation of their rights. Some populist leaders such as the United States of America’s Trump, South Africa’s Malema, Zimbabwe’s Mugabe and Syria’s Assad take solace in the hazardous assumption that the selective enforcement of human rights is possible and that the rights of others can be compromised while their own remain secure.

But little do they know that human rights by their very nature do not admit a blanket approach. You may not like your neighbours, but if you sacrifice their rights today, you jeopardise your own tomorrow, because ultimately human rights are grounded on the reciprocal duty to treat others, as you would want to be treated yourself. To violate the rights of some is to erode the edifice of rights that inevitably will be needed by members of the presumed majority in whose name current violations occur.

We forget at our peril the populist leaders of yesteryear, such as the fascists, racists, apartheid-based ideologues and their ilk who claimed privileged insight into either the majority or the minority interest but ended up crushing the individual. When populists treat human rights as an obstacle to their vision of the people’s will, it is only a matter of time before they turn on those who disagree with their agenda.

To counter these trends, a broad reaffirmation of human rights is urgently needed. The rise of the populist leaders should certainly lead to some soul-searching among mainstream politicians. Equally, responsible leaders should be committed to respecting human rights and serving their people better by being more likely to avoid the corruption, self-aggrandising, and arbitrariness that so often accompany rule by demagogues.

It is important to remember that if the appeal of these populist leaders and the voices of intolerance prevail, the world risks entering a dark era. We should never underestimate the tendency of demagogues who sacrifice the rights of others in our name today to jettison our rights tomorrow when their real priority is retaining power at all costs.

A body of responsible leaders in any society can have a powerful positive impact on development of that society. The new responsible leadership cadre must have the obligation to use their skills, talents and capabilities to create an impact on the socio-political issues being faced by their fellow citizens. The current socio-economic conditions, globally, require these new leadership pathfinders to create building blocks for achieving inclusiveness in society.

Sadly as a result of populist and irresponsible leadership nations begin to lose hope for a better political dispensation. Political hope is distinguished by two features. Its object is political: it is hope for social justice. And its character is political: it is a collective attitude. While the significance of the first feature is perhaps obvious, the second feature explains why it makes sense to speak of hope’s “return” to politics.

When political movements seek to rekindle hope, they are not acting on the assumption that individual people no longer hope for things, they are simply building on the idea that hope does not currently shape our collective orientation toward the future. The promise of a “politics of hope” is thus the promise that hopes for social justice will become part of the sphere of collective action, of politics itself. This is what Mandela offered to a newly democratic South Africa. And as responsible nation we need to build on this foundation and legacy.

Mandela’s message is clear to the world. In sincerely seeking to break out of our quagmire of negative governance and poor leadership, we need to engage in collective action to make sure that we identify and create strategies and programmes that will have an impact on the critical socio-economic and political problems and challenges and make a positive contribution towards shaping inclusive societies.

Authentic leaders make great sacrifices and for the better good of all, make compromises. Let us not forget that we owe our freedom to those who sacrificed for our liberty.

It is in this spirit that Mandela must always be revered in the consciousness of South Africa and the world at large. Let us build on the foundation and scaffolding that Mandela and his compatriots struggled to bequeath to a fragile and dislocated nation and not be misled by a narrative, which emanates from demagogues who wish to destroy the collective hope of a country.

As Gracia Machel so elegantly uttered at Mandela’s centennial celebration, “The long walk to freedom has just begun”. “ThumaMina” – send me!

* Professor Dhiru Soni is Director for Research and Innovation at REGENT Business School, Durban, South Africa. He writes in his personal capacity.