Perspectives on the Trilateral Agreement on the Grand Ethiopian Renaissance Dam 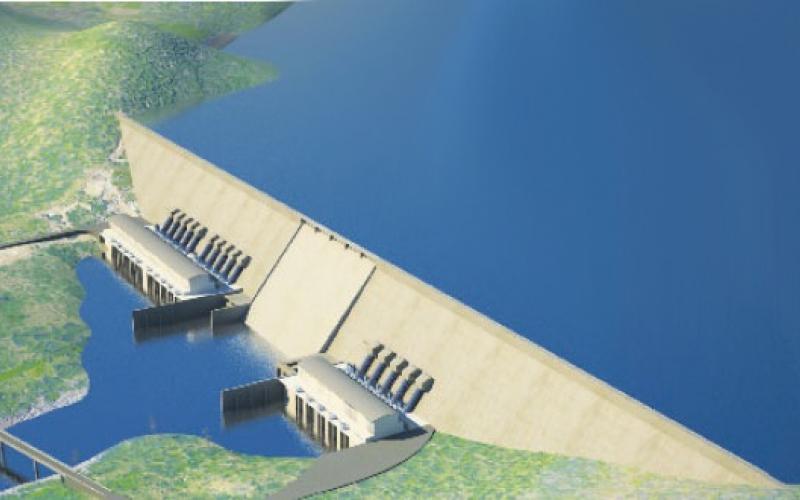 Ethiopian authorities have reportedly engaged a British law firm to handle a dispute over the use of the waters of the Nile. This is inappropriate. Any dispute over the Nile should be dealt with under international law. Moreover, a law firm based in a former colonial country can never be expected to be independent of the interests of the country in which its primary interest lies.

This commentary is our fourth installment on the Grand Ethiopian Renaissance Dam (GERD). It is sparked by the news item which was posted on the pro-Tigrean People’s Liberation Front (TPLF) website- aigaforum.com, on July 9, 2016. Citing Sudan Tribune as its source, aigaforum.com indicated what the Egyptian Minister of Water Resources and Irrigation, Mohamed Abdel Ati, reportedly had said. The statement is related to the arrangement about the legal affairs of GERD. The news item states that “…a U.K. based law firm, Corbett & Co., was selected to manage the legal affairs of the tripartite committee.”

Chambers and Partners, a website that lists law firms in the United Kingdom, states that Corbett & Co.  is an entity whose area of practice is predominantly “International Construction Projects/Disputes”.  The company’s own website http://corbett.co.uk/ echoes the same information and states that it deals with international arbitration and FIDIC forms of contract. If the news is true, it suggests that Egypt and Ethiopia are in dispute and are looking for outside arbitration, mediation and conciliation. It also suggests that the much publicized Declaration of Principles which was signed in Khartoum in March, 2015 has not been able to resolve the dispute.

Unfortunately, this news is bound to introduce another risk for Ethiopia. The emerging risk is the reason why we decided to write this short commentary.  We are concerned that the spirit of this news is similar to the spirit of the now defunct Ethio-Eritrean Algiers Agreement. The difference is that, in the case of the Algiers Agreement, the arbitration was done by the Boundary Commission and the pertinent rules were “international laws”, whereas in the case of the GERD, the two parties are going into the arbitration and dispute resolution as mediated by a British law firm, and the implicit pertinent rules are the March, 2015 faulty “declaration of principles” which undermine Ethiopia’s sovereignty.

Secondly, the purported impact studies seem to be geared towards the negative impacts on the downstream countries, ignoring the benefits of the dam. Thirdly, Egypt (and to a lesser extent, Sudan) continue to cling on the colonial era Nile water sharing “agreement” which was drawn by the British in 1929 and amended in 1959. That “agreement” divided the Nile water between Egypt and Sudan, neglecting all the upstream states that were the source of those waters. As we argued in our previous commentaries, Egypt’s position to allot two-thirds of the water is untenable as it ignores the interests and sovereign rights of upstream countries. This “agreement” is so one-sided that it refuses to recognize the right and need of upstream countries to equitably use their own waters to generate power and feed their growing population. In fact, Egyptian demand to keep the colonial era water sharing “agreement” is so geared towards faulting upstream countries, it fails to recognize the main causes of current and future water shortages, including, as articulated in one of our previous commentaries, Egyptian policymakers’ unwillingness to rectify water mispricing which includes the Egyptian government’s monopoly controls of distribution and management of water, waste, and increasing production of water devouring crops of rice and sugar cane.

In our May 7, 2014 commentary entitled “Misplaced opposition to the Grand Ethiopian Renaissance Dam,” we demonstrated that colonial agreements cannot be the basis for resolving the trans-boundary water sharing disputes, particularly in Africa, and argued that solutions must be sought within the Nile Basin Cooperative Framework Agreement. We also demonstrated that most conflicts need to be resolved through negotiation involving upstream and downstream countries rather than through external arbitration. Citing historical evidence, we argued that it is within the realm of Ethiopia’s sovereign right to choose and decide the type of dam it wants to build.

In our March 15, 2015 commentary entitled “Perspectives on the Declaration of Principles regarding the Grand Ethiopian Renaissance Dam” (posted on The Thinker, South Africa Volume quarter 3 , 2015 volume 65 and elsewhere),  we outlined our reasons why the Khartoum declaration compromised Ethiopian sovereignty and imposed onerous demands thereby creating obstacles for Ethiopia to complete the dam. We urged the Ethiopian Parliament not to ratify the agreement in the form it was presented then.

However, the press statements provided by Prime Minister Haile Mariam Dessalegn and Minister of Foreign Affairs Dr. Tewodros Adhanom were dismissive, and indicated to us that Ethiopian authorities have failed to address the issues we raised in the commentary - the fundamental question of sovereignty over the sources of the Blue Nile, in particular, and defining what constitutes “a significant harm” to downstream countries, in general.

Unfortunately, TPLF’s mishandling of Ethiopia’s sovereignty seems to have no end. Its scandalous policy on Eritrea created one of the most densely populated countries in Africa to be completely landlocked. Nor did the TPLF establish a good neighborly relation with Eritrea. That mistake is at the door-step of the TPLF’s politburo and its Ministers of Foreign Affairs. The TPLF politburo members individually and collectively have failed to defend the country’s sovereignty. In both cases the failure is a result of a lack of leadership and disastrously wrong draftsmanship of the agreements.

We urge the Ethiopian authorities to urgently review the matter in that a law firm that is based in a former colonial country can never be expected to be independent of the interests of the country in which its primary interest lies. It is a fact that the so-called 1929 Nile River water sharing, which was amended by the 1959 Egyptian-Sudanese “Agreement”- was done without the participation of Ethiopia or other upstream nations. We urge the current rulers of Ethiopia to learn from their past mistakes. We urge them to refrain from using commercial arbitration, in general, and refrain from purchasing services from a colonial country which was the root cause of the problem, in particular. As it stands, we are concerned that the indicated “agreement” would lead to future conflicts.

We urge the leaders of the Ethiopian ruling party to use the more equitable Nile water sharing Entebbe Agreement of 2010, which replaced the colonial era agreement that was signed by the six upstream nations, Ethiopia, Kenya, Uganda, Tanzania, Rwanda and Burundi.

We also alert pressure groups and the Ethiopian people to demand accountability from their rulers.