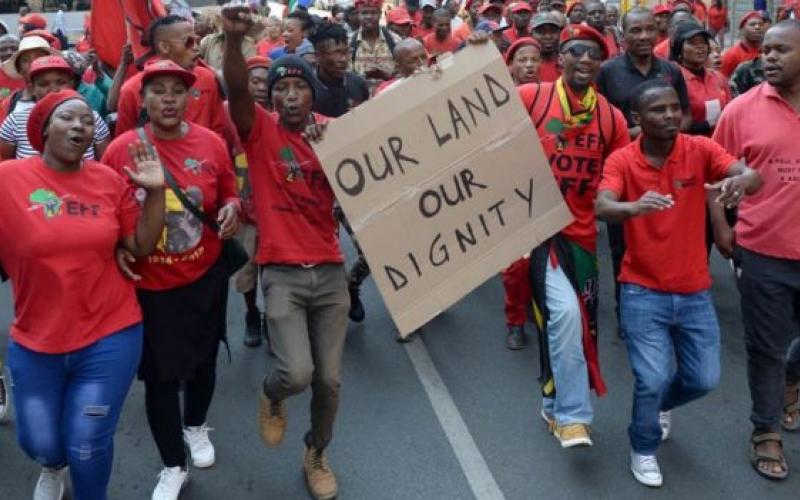 Through reviews of two books, the author reflects on lessons that contemporary protest movements can learn from past anti-systemic revolts in South Africa.

South Africa’s liberation struggle historiography is well-established and longstanding. In the 1970s, for example, an intellectual insurgency erupted against the hegemonic versions of past struggles in which the ruling classes feature as protagonists. The insurgents, branded social historians, were thinking and writing in opposition to mainstream historiography, debunking countless myths about how social conflicts and classes have shaped South African society since the late-1800s. Whilst dominant narratives celebrated the civilising role of colonialism, counter-narratives of the social historians unearthed incontestable evidence of dispossession, oppression and exploitation inherent to colonisation.

Moreover, how the dispossessed and disenfranchised social classes fought to emancipate themselves remained a major preoccupation of the insurgent intellectuals. These inquiries have not been limited to investigating past struggles for liberation as ends in themselves, stressing the historical usefulness of history. This historiography, with its emphasis on salient legacies, also interrogated past struggles as means to new ends, underscoring the contemporary relevancy of the country’s liberation struggle history.

Mounting post-1994 socioeconomic revolts exhibit remarkable continuities and discontinuities with the decades of mass protests before the 1990s. Continuity with past struggles has sharper visibility in the forms than in the substance of current protests. Evidently, types of grassroots movements and methods of township, student and workplace protests replicate what had happened in the 1970s and 1980s. The discontinuity, by contrast, is prominent in the substance sparking and fuelling contemporary struggles. Worsening socioeconomic hardships have ignited new waves of mass struggles in which demands for alternatives to neoliberalism and post-1994 social injustices dominate. Woven into these battles are renewed campaigns against political alienation in a country promoted as a model of liberal democracy.

Against this backdrop, questions about lessons that contemporary protest movements can learn from past anti-systemic revolts are not surprising. Two new books demonstrate why these questions have not lost their saliency and answer them with evidence that has received scant attention in voluminous histories of South Africa’s liberation struggle.

The national question: multiracialism versus non-racialism

In Cape Radicals (Witwatersrand University Press, 2019), Professor Crain Soudien suggests that every socio-political struggle against oppression and injustice pivots on a battle of ideas. The struggle for ideological principles or principled politics is a sine qua non for successful revolutionary action in any freedom struggle! This message is arguably the chief strength of this book. The book pays tribute to the activism of the New Era Fellowship (NEF), an organisation dedicated to the spread and advancement of radical left politics since the early 1930s through the 1960s. Through regular public discussion forums and other publications, the NEF was at the forefront in the battle for ideological clarity and nurtured generations of fighters devoted to full democratic rights for the disenfranchised majority. This NEF trained intelligentsia became the founders and builders of the Non-European Unity Movement (renamed the Unity Movement of South Africa in 1964).

Through their efforts to solve South Africa’s national question, Soudien argues, the Cape Radicals made incisive and lasting breakthroughs, shifting the quest for liberation onto a far-reaching revolutionary path. Rival organisations, particularly the African National Congress and South African Communist Party, diluted and misrepresented the national question. The Freedom Charter promotes multiracialism, which is indistinguishable from the veiled racism of liberals. By contrast, the NEF and Unity Movement rejected, from the onset, that multiracialism or multinationalism is a solution to South Africa’s national question. The Unity Movement’s motto “We Build A Nation” advocates its tenacious devotion to non-racialism in outlook and action.

The national question is not reducible to racism, whether institutionalised or not, and the suppression of the cultural traditions of oppressed communities. What the national question is, coupled with its unique essence, ultimately derives from the organisation of a society in its totality. The overemphasis in Cape Radicals on cultural identities, in isolation from how political economy shapes segregated societies, concedes to a logic in which the part overshadows the totality. Similarly, confounding the policy of non-collaboration with abstention from politics is probably as a result of Soudien’s erroneous reliance on fabrications of ill-informed denigrators of the Unity Movement. Contrary to this misrepresentation, this policy means conscious and independent action for revolutionary change by the disenfranchised in their own interests. Soudien obviously has not filled all knowledge gaps about this South African tradition of emancipatory politics but opens an agenda for further reflections on a history that “has in effect remained a closed book to mainstream history, sociology and politics”. (p169).

The other noteworthy book is simply titled Archie Mafeje (Human Sciences Research Council Press, 2019). In this book, Bongani Nyoka, a young South African sociologist, has assembled and edited seven articles that Archibald Boyce Monwabisi Mafeje (1936-2007) wrote between the early 1970s and late 1990s. After completing his Masters’ degree at the University of Cape Town in the early 1960s, Mafeje enrolled for doctoral studies at Cambridge University, graduating around 1968. Subsequently, when the University of Cape Town refused Mafeje’s appointment as a senior lecturer in 1968, a rejection based on racist prejudice rather than scholarly credentials, he moved on to become a venerated professor of Anthropology/Sociology at universities in Dar es Salaam, The Hague and Cairo.

Nyoka’s introduction offers a captivating background to the sampled articles, tracing how Mafeje evolved into an esteemed social scientist and what animated his prolific scholarly work. But the book covers more than just Mafeje’s remarkable academic accomplishments. The volume’s introduction is in effect an abbreviated history of the Unity Movement, understandably constricted to the moments when Mafeje actively participated in it.

Before he went abroad, Mafeje belonged to several organisations that were Unity Movement affiliates. Stalwarts of the Movement, particularly Nathaniel Tshuthsa Honono, educated Mafeje in Unity Movement politics during his high-school years in the former Transkei. This enlightenment coupled with his formative political training in the Society of Young Africa and the Cape Peninsula Students Union, Unity Movement affiliates alongside student/youth groups in Durban and Johannesburg, aided Mafeje to become a towering intellectual figure with recognition beyond Africa. 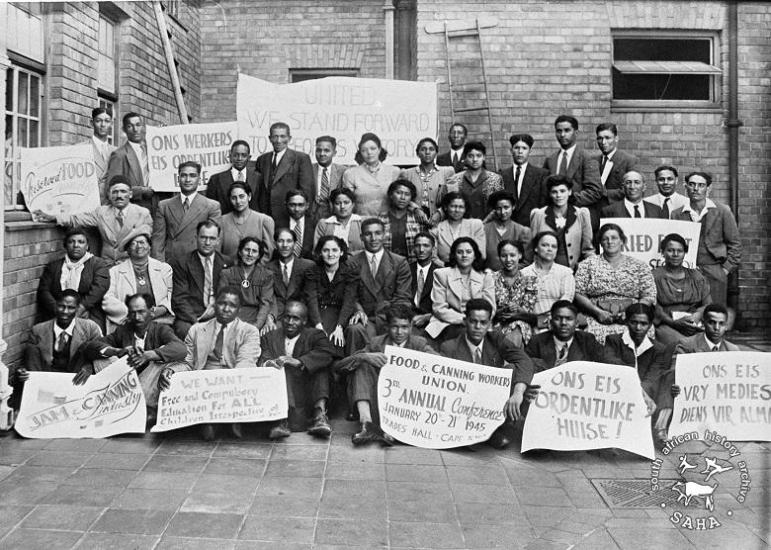 The imprint of Unity Movement ideology on Mafeje’s thinking was indelible as is evident from this collection and notwithstanding his paradoxical aloofness from organised political involvement during his decades abroad and, since 2002, his residency in Pretoria where he took up an academic position at the University of South Africa. Unity Movement ideology is prominent in the topics Mafeje worked on and, far more profoundly, in the method of scientific reasoning subtly woven into his arguments. Mafeje advocated a militant defence of dialectical logic and historical materialism whenever he dealt with hegemonic theories, methodologies and epistemologies in the social sciences. His critique of anthropology (a bourgeois social science subservient to positivism), Harold Wolpe’s mechanistic modes of production contrivances and reflections on the 1976 Soweto student revolt illustrate his mastery of dialectics.

As a renowned scholar on the political economy of agrarian transitions, Mafeje dissected the dynamics of agrarian class formation and unmasked how anachronistic tribal despots serve capitalist accumulation. It is common knowledge that in the Unity Movement tradition, resolving the agrarian question is central, as is evident from the involvement of its cadres in building peasant movements that became instrumental in the Pondoland revolt (Kayser 2002). In a semi-colonial country like South Africa, mobilising the landless peasantry as a revolutionary ally of the working class is crucial for liquidating capitalist property and social relations.

Soudien and Nyoka must be commended for their thoughtful introductions to the history of South Africa’s unfinished liberation struggle and countering the falsification of past struggles. The two books debunk one-sided and sanitised histories of how South Africa’s black majority fought for their emancipation from political and socioeconomic subjugation. On the whole, the core strengths of these recoveries of the past eclipse their shortcomings. While these books cast the spotlight on the historical relevancy of the Unity Movement up to the 1960s, the authors hesitate to step beyond academic curiosity of a bygone era for its own sake. They are silent on how this organisation contributed to the liberation struggle over decades since the ‘Dark Sixties’.

Since the mid-1960s, for instance, the Unity Movement leadership in exile fought tirelessly to garner support for an uninterrupted South African revolution, frustrated by reactionary leaders of the Organisation of African Unity. Another significant turning point was the ‘Terrorism Trial’ of 14 members of the African People’s Democratic Union of Southern Africa (APDUSA) in 1971/2, with 13 of them eventually sentenced to lengthy imprisonment on Robben Island (Nikani 2009; Tabata 2014). With the gradual revival of this ideological tradition throughout the 1980s, cadres of young workers, students and intellectuals joined it to fight for its political vision. The political re-orientation of the APDUSA in the early 1990s, adopting a set of anti-capitalist transitional demands for unity with progressive forces and to resist the neoliberal onslaught of the post-1994 neoliberal state, echo the call: “A Luta Continua!”

Kayser, R., (2002) “Land and Liberty: The Non-European Unity Movement and the Land Question, 1933-1967.” Unpublished Master’s Thesis for the University of Cape Town.

Tabata, I B., (2014) The Dynamic of Revolution in South Africa: Speeches and Writings. London: Resistance Books

*Peter T Jacobs is a research director at the Human Sciences Research Council in South Africa, based in the Cape Town office. He is also member of the national executive of the African People’s Democratic Union of South Africa.