A lukewarm approach to dealing with past human rights violations 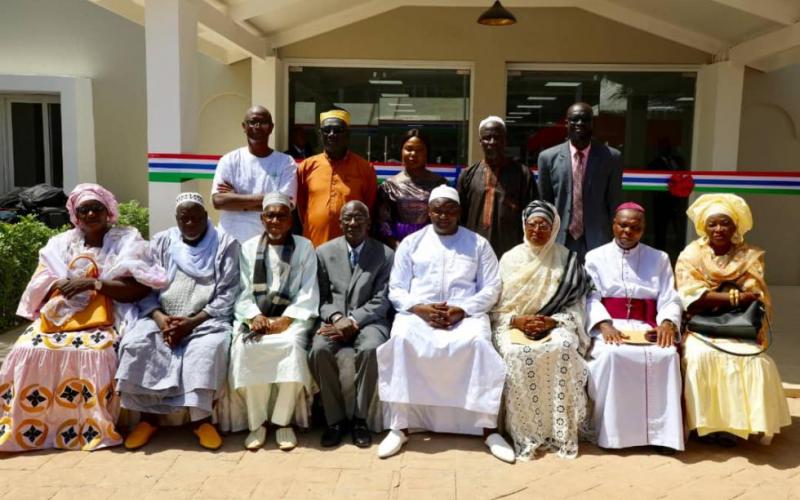 Do the findings of the recent Afrobarometer survey on The Gambia’s Truth, Reconciliation and Reparations Commission affirm the fact that truth and reconciliation mechanisms are snowflake mechanisms that are incapable of delivering justice for the victims of human rights violations?

Truth and reconciliation commission (TRC) mechanisms may be seen by many African governments as the most effective problem–solving mechanisms that bring the victims, the perpetrators, and the communities together to deal with the legacy of past human rights violations, but have any of them worked? While TRC mechanism is sensitive to the needs of the population affected, it does not have the required capacity and the goodwill to properly apply the law to any set of facts, so as to make determination of the right legal outcomes. This is because TRCs are mostly run by academics or self-serving politicians who tend to focus more on self-enrichment rather than providing justice the victims and the community deserved.

Given the lack of capacity to deal with complex legal issues, the TRC cannot be relied upon to deliver justice that can withstand legal scrutiny in court; as a result, impunity is the likely consequence of the apparent much ado about nothing. Because the perpetrators are likely to escape the punishment they deserve for committing heinous crimes against decent citizens. The victims and victims’ families judge most TRCs as a failure.

Adjudication of peremptory norms must not be left in the hands of ordinary men and women who have the propensity to pursue their own political agenda or self-enticement. Everyone knows that adjudication and administration of law is a complex business because it involves teasing out relevant facts and precisely applying those facts to internationally recognised legal principles and norms objectively.

Conflicted executives or commissioners cannot competently complete the task. If we accept that lawyers and judges spend considerable numbers of years of training both at academic and practical levels to acquire the necessary skills to tease out facts from fiction and deliver sound judgements that protect societal norms and values, why then are we leaving such delicate tasks in the hands of amateurs?

In my view, it is an abdication of the duty on the part of African governments to use ill-equipped mechanisms to deal with serious violations of human rights. The notion that affected communities heal and sail to the “Island of Never Again”, if we forgive those who committed serious crime is flawed thinking. Surely, the interests of communities cannot be served by allowing impunity to prevail over decency.  The idiocy and greediness that seem to have driven the perpetrators to commit these crimes must be faced with the effective application of the law, not a compromised application of the law, which will not have any deterrent effects.

The very fact that there is no empirical evidence to support the point that the TRCs have deterrent effects on the prevention of human rights violation suggests that they are hopeless in deterring perpetrators from striking at innocent lives [again]. Clearly, it is self-evident that the use of the TRC did not deter the perpetration of human rights violation committed in Ivory Coast, Kenya, Liberia, Sierra Leone, and The Gambia. Or have we all been asleep?

There can be no doubt that diminishing public confidence in TRC’s ability to deliver justice for the victim of human rights violations, stems from the very fact that the commissions are hardly independent or impartial in their proceedings. For any commission to maintain their legitimacy, it is important that it be seen as independent and impartial. The words of a prominent international jurist, Antonio Cassese advance this proposition:  the Tribunal’s/(in this case the Commission’s) legitimacy would be grounded on its own proper functioning as an impartial, independent, and absolutely fair international court (Commission), which dispenses justice in an unimpeachable manner. In order words, the victims, victim’s families, perpetrators and anyone who cares about justice would like to see that the process is independent and impartial.

Without instilling those standards into TRC’s proceedings would make its proceedings a Punch and Judy show that can never achieve what it is set out to achieve. On the contrary, the community is more likely to be divided, potentially leading to mob justice, as the people may become disfranchised with the concept of justice. Despite the infectiveness of truth commissions, African governments still continue to use the mechanism in dealing with serious human rights violation. Perhaps, the only plausible reason is for their insistence in using the mechanism is because it justifies the merry go round of the begging bowl. When will we reawaken our spirit of self-service? When will we restore the dignity in our capacity to do things for ourselves?

I believe the ineffectiveness of the truth and reconciliation mechanisms to deliver justice was one of the reasons why the West and its allies invoked the United Nations Chapter seven to establish the International Military Tribunal at Nuremberg, and International Criminal Tribunal for the former Yugoslavia, and the Special Tribunal of Lebanon [among others] with a view to try serious human rights violations.  The West’s unwillingness to use truth commission mechanisms when it comes to dealing with mass human rights violation is indicative of the fact that truth commissions are toothless bulldogs.

Therefore, African governments must put the interest of the society ahead of personal interests and use systems that can deliver justice. I suggest that the [African] governments must use properly constituted courts that are equipped with fair-minded jurists and fearless advocates to safeguard the integrity of their justice systems. This is a function the Justice Ministry must fulfil, but does it know it? If we continue to appoint clueless academics and self-serving politicians as adjudicators of serious crimes, they will be seen culpable as those perpetrators who committed serious crimes against humanity.

* Solomon Demba is a legal worker and healthcare professional working in clinical and healthcare management. His interests include international and African politics.