Home » Economics » Rethinking emancipation and the role of Marxism

Rethinking emancipation and the role of Marxism 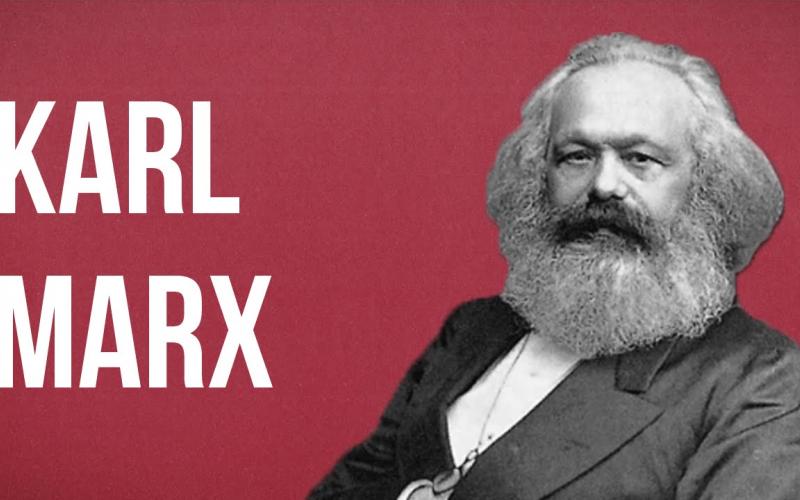 In this article, the author wonders whether Marxism, as a framework of analysis and reference, is relevant in Africa, especially in this time where the capitalist system has accelerated its exploitation of the working class labour.

200 years since Marx’s birth and 150 years after he wrote Das Kapital, capitalism is in deep crisis.  We are seeing the re-intensification of inter-imperialist rivalries in the context of waning United States hegemony and the unravelling of the neoliberal paradigm. The world remains addicted to extractivism and the destruction of our natural environment. In this context, we are seeing a transfer of the costs of this crisis onto the working class. While these issues may seem removed from the global political economy, they are intrinsically linked.

As these crises deepen, people find it more difficult to accept modes of thought, which rationalise the system that is unravelling. Begging us to be critical of the role of the education system and dominant ideologies in society, which in effect are used to perpetuate the class structure of society.

It is in this context that we desperately need to find anti-capitalist, anti-patriarchal and eco-socialist alternatives, particularly when capitalism uses ideology, including bourgeois economics to distort our perceptions of how the world works.

It is here that we should ask the question is Marxism still relevant as an emancipatory framework of analysis that can potentially help us to understand the changes in the global, African and South African economy? Not to understand, as an end in itself but toward shifting the balance of power towards the marginalised people in society in fostering and bringing into being alternatives.

Why ask this question? I think this question arises in the context where there is an argument that Marxism is an old idea that is no longer relevant. In response to this, I think that it is useful to begin by asking ourselves whether changes in time and place make a difference to whether Marxism is relevant or not? Or to what extent does Marx’s method extend across time and place? To ask the question more directly – is a Marxist method valid for black people, women and gender non-conforming people in the twenty-first century? To be able to answer this question we need to turn to Marx’s methodology.

Marx set out to develop a scientific approach to understanding the history of human beings. For Marx, the way people are cannot be separated from the society in which they live, so to understand how people behave, we must first analyse the historically changing totality of social relations.

Thus, in a sense Marx rejects the idea of an unchanging human nature; nonetheless, he argued that human beings in very different societies share certain things in common. For him, it is precisely these common characteristics that can help us understand why societies change including the core beliefs, wants and capacities of the people who make up these societies.

For Marx, labour is the essence of human beings and the basis of society. What does this mean? Human beings are a part of nature, and like the rest of nature we are motivated by the need to survive and reproduce ourselves. But we are different from other animals in that there are many different ways in which people can meet their needs. This is because human beings are conscious and self-aware beings and have been able to change the way in which we produce over time. As human beings, we can do this because of our ability to reflect on what we have done and think about how we can do it better.

Consequently, Marx considered productive labour to be fundamental to what human beings are, but the labour of human beings is not independent from the objective reality (or natural environment) in which they find themselves. This results in a dynamic interchange between nature, which influences people and people through their labour transforms the natural environment in this robust way. This process does not end here – in the process of transforming nature – human beings also transform themselves.

This means that if we agree that production is the essence of human activity, then it follows that in trying to make sense of society we have to pay attention to the way in which production is organised. The implications of this is that if production is a social activity, then it means that changes in the way production is organised will result in changes in society. Marx thus concentrated on the social relations of production. Forming the underlying basis of his method – this is the core of a materialist conception of history – known as historical materialism – immersing his analysis in a concrete reality.

Therefore, Marxist thought begins by developing an understanding of people’s relation with the material world in which they are located. And so, Marx’s method conceives of society as a whole that is driven by the unity and struggle of opposites. Given this, it is fair to conclude that Marx’s method can be applied anywhere and anytime the only difference will be the conclusions drawn from applying historical materialism.

We can see this in practice after Marx’s death in the way that different people have seen how the Marxist method is a tool of analysis not a blueprint that can be copied and pasted for any time and place; henceforth Marx’s method needs to be adapted to the given context. Historically, we have seen this applying to many thinkers, and activists around the world. From Lenin, Luxembourg, Gramsci, Walter Rodney, Huey. P Newton and the list goes on.

In the African context, Amilcar Cabral is a concrete example of this in his attempt to record the history of the people of Guinea-Bissau. Cabral began by looking at people in the process of production and the modes of production over time in his country and through this he showed the relevance of applying the Marxist method to African society, by discerning how Guinea-Bissau’s society evolved, over time.

This is useful in response to those who posit that Marxism is a Eurocentric phenomenon and that consequently black people are alienated from this thought. What proponents of this argument do not account for is the fact that the Marxist methodology has been taken on, taken further and indigenised in many parts of the world outside of Europe, in Asia, South America and not least in Africa. Besides Cabral, the same framework was adopted and adapted by Samora Machel, Thomas Sankara, and many others in their determination to underscore the need to construct alternative societies. Thus, Marxism cannot be Eurocentric, it is universal, manifesting itself in different Marxisms depending on when and where the methodology is applied.

Rethinking emancipation and the role of Marxism – is Marx enough?

A scientific socialist approach is relevant and critical because it is deliberately aimed at undermining the current system of production and the social and political relations that stem from it. Therefore, I would argue that the marginalised people of the world should have a collective and self-interest in Scientific Socialism as a theoretical instrument that can be a means to critique and dismantle the capitalist imperialist structure of society.

At the same time, no one can claim to have all the answers in the search for new imaginations and perspectives toward developing emancipatory politics for today. It is this generation’s collective task to develop and build new politics that can adequately help us bring into being the world we need today. In forging new politics I think that:

*Dominic Brown is the co-ordinator of the Economic Justice Programme at the Alternative Information and Development Centre.