Home » Gender & Minorities » The criminalisation of sexual minorities in Ethiopia

The criminalisation of sexual minorities in Ethiopia 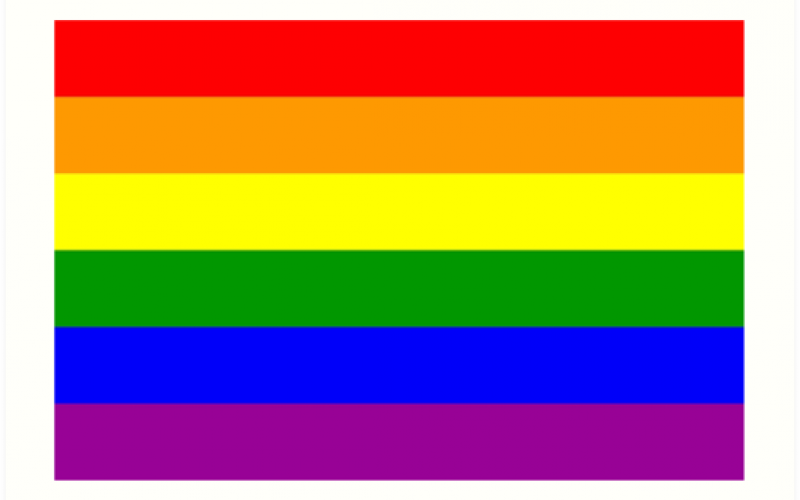 Ethiopia is a rising star among anti-gay countries in Africa as it continues to push for new legislation to further crackdown on the LGBTQ community. The country is a place where homophobia thrives and discrimination against sexual minorities is state-sponsored.

The bill proposed by the Council of Ministers in March 2014, and rejected a week later by the parliament due to condemnation of the international community, is a very good example of the hostility towards LGBTQ people in this second most populous African nation.

The short-lived bill was intended to significantly change the country’s Pardon and Amnesty Law and tighten the already harsh anti-LGBTQ law to make it impossible for sexual minorities to exercise their fundamental human rights. The bill put the homosexual act on the list of offences considered “non-pardonable,” along with terrorism and other serious crimes.

In Ethiopia, homosexuality is illegal, carrying a maximum sentence of imprisonment up to 25 years: lesbians, bisexuals, gays, and transgendered citizens are often stigmatised, discriminated against, and subjected to numerous human rights violations and attacks.

According to the Pew Global Attitudes Project (2007), attitudes toward homosexual members of the community are overwhelmingly negative in this country. According to this organisation, 97 percent of Ethiopians believe that homosexuality is a very harmful way of life, which society should not accept and that people who are engaged in such relationships should be punished.

Ethiopian government officials have been well-known for denouncing homosexual acts and LGBTQ communities for many years. The government has made it clear to the nation that there is no place for these members in society, stating that their options are either to change who they are or suffer in prison.

The Ethiopian society is known for its conservative values, is deeply religious, very traditional and highly collectivistic. Its two primary religions (Orthodox Christianity and Islam) have a strong control over the population and have established moral standards for millions. The teachings of these two religions are incongruent with such modern ways of life as personal freedom and adaptability to societal change.

The Ethiopian Orthodox church (a conservative form of Christianity) teaches that the homosexual act is a sin, immoral, an illness, repulsive, strictly forbidden and must be legally punished. It goes without saying that this belief has been inflicting fear for years.

The 2012 pro-gay conference that was scheduled to take place in the capital Addis Ababa by a human rights group was the first attempt to stir open conversation in a society that is at odds with its LGBTQ community members. However, the effort failed due to the outcry of different religious groups. As the date of the conference approached, these religious organisations set their differences aside and protested together against the conference, calling the organisers “missionaries of evil”. Their protest resulted in the cancelation of the conference, which could have brought so much good.

It was during this time that Abune Paulos, former Patriarch of the Ethiopian Orthodox Tewahedo Church—who once termed homosexuality as “the pinnacle of immorality”—said that, “People who act in this manner have to be dumb, stupid like animals. We strongly condemn this behaviour. They have to be disciplined and their acts discriminated against. They have to be given a lesson.” (Reuters, 2012)

Ethiopians deny the fact that there are gays, lesbians, and transgendered human beings in their society, believing that it is a western way of life. Millions still think homosexuality is a result of sickness and demonic possession. Although research has demonstrated that there are a growing number of LGBTQ community members, many still dismiss these revelations, consider LGBTQ rights as a non-issue, and see their narrative as a western conspiracy.

The hostility towards the LGBTQ community is extreme and very concerning. Because of this, many are forced to live by hiding their sexual orientation or fleeing the country. Even talking about having a same sex relationship is very dangerous.

The silence in this society is overwhelming. People do not talk about homosexuality. The media has no appetite to cover such issues or discuss about the subject, let alone ordinary citizens. The issue is pushed aside even by Ethiopian human right defenders, political activists, and human rights groups. Very few agree that the rights of these community members should be respected, and even they are afraid to talk about it in public.

The consequences of the hostility, silence, criminalisation and discrimination are far -reaching, and go far beyond frustration in the LGBTQ community. The mainstream narratives of religious groups and the government have caused many members to believe they are sick and mentally disturbed.

Rush, 26, is one of the very few Ethiopian gays who bravely came out and shared his story with the world. He left his country and started a new life in South Africa during the final months of 1998. In his recent interview with Global Gayz, he stated that many are brainwashed in Ethiopia. He said “Yes, when I came to South Africa, I thought homosexuality was a disease or abnormality, but now I understand that it is natural, so we all must come to understand this.” (Global Gayz, 2002)

The Ethiopian Constitution guarantees the right to equality and recognises the importance of protecting people’s human rights. It clearly states that all persons shall be equal before the law and shall be entitled to equal protection under the law, without distinction of any kind related to race, nation, nationality, colour, sex, language, religion, political or social origin, property, birth or any other status.

However, other articles of the constitution, including Article 34, open the door to other laws, which redefine and violate this fundamental right. As a result, discrimination against LGBTQ members of the community on the basis of sexual orientation still occurs in Ethiopian society.

Ethiopia’s criminal code defines marriage as a legal contract entered or engagement between a man and woman and sees other forms of relationships as illegal.  According to this law, homosexual acts are punishable by up to 15 years in prison, or 25 years if an offender “uses violence, intimidation or coercion, trickery or fraud, or takes unfair advantage of the victim’s inability to offer resistance.” (Huffington Post, 2013)

Ethiopia is also a member of several treaties and conventions, including the International Covenant on Civil and Political Rights, the International Covenant on Economic, Social and Cultural Rights, and the Committee on the Elimination of Discrimination Against Women. These treaties enshrine the rights of all people to non-discrimination and equality before the law. As a member of the United Nations and human rights treaties, Ethiopia has the obligation to respect and protect these rights. However, the country has proven that it does not have the wish to uphold these standards.

* Betre Yacob Getahun is an activist of sexual minority rights.