Thoughts on Malawi at 53: History, education and human dignity 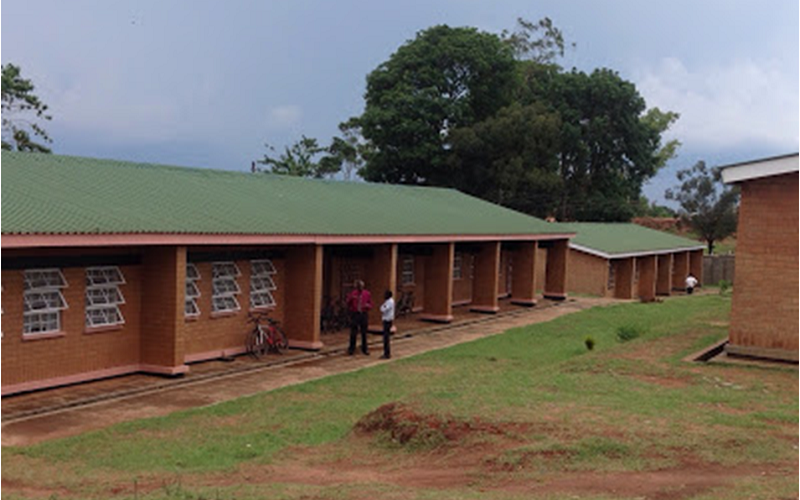 Only a quarter of Malawian children who enter primary school finish the eight-year course. And almost 70 percent of Malawians aged 15 years and above do not have a secondary school education. The numbers are worse for girls, at 74 percent. This is part of Malawi’s colonial legacy.

I would like to preface the thoughts by offering my deepest condolences to the families of the Malawians, many of them reported to be children, who were killed in the stampede at Bingu National Stadium today on 6 July. I convey warm thoughts to the injured and extend hope that they will get better soon.

My effort today is an attempt at crystalizing disparate thoughts that I have been pondering for many years, on human dignity. I believe this lies at the core of what we ought to be focusing on as a nation. And I believe the education system, and its origins, are a central narrative to this. In this discussion I provide an overview of what the education statistics looked like at independence and how, 53 years later, we are yet to seal the chasms created over a hundred years ago.

Overall, I am concerned with how the adoption of modern education in our country, and the minimal requirements we set for the teaching profession, have meant that huge numbers of Malawians have been stripped of their human dignity.

In 1964, Malawi had just over 3 million people. There were about 360,000 students enrolled in primary school, and about 6,000 secondary school students. Some 1,368 students were in teacher training colleges; 381 in technical and vocational colleges; and 180 in university. These numbers are from the Education Management Information System or, the Education IFMIS.

There was no secondary school in Malawi until 1941. That was 66 years after the first primary school opened in 1875. Not that there was no education system in the land before the missionaries, just that it was not institutionalised the way modern schooling is.

Today, 53 years later, there are about 18 million of us. We have about 5 million primary school students, with girls outnumbering boys by about 6,500. In Standard 1, about 15,000 more girls enrol for school than boys, at least as of 2015. But secondary enrolment still lags very far behind. As of 2015, the most recent official statistics available, we had just about 360,000 secondary school students, with boys outnumbering girls by about 23,000.

In May, just over 271,000 students sat the Standard 8 primary school leaving certificate examination. When this class entered primary school in 2009, there were 877,217 of them, according the 2013 EMIS. Only a quarter of that number survived the eight-year cycle. More than 600,000 either dropped out, or are repeating.  In 2016, that figure was 255,000, for students who sat the PSLCE. They had survived from 850,000, the number that entered Standard one in 2008. Again, 600,000 students had fallen by the wayside over the eight-year cycle. It has been that way for decades.
Out of the 271,000 who sat the PSLCE a few weeks ago, about 75 percent or so will pass the examination. Government secondary schools will take in about 80,000 students, and private secondary schools will take in about 20,000. Of the remaining 171,000, a few thousands will enter what has become known as open day secondary school. Previously known as “night school,” the open system accepts any student, regardless of age, as long as they have a Standard 8 certificate. They come in the afternoon and learn for three to four hours.

The tertiary and higher education statistics are even bleaker. The last time EMIS data included tertiary and higher education was in 2011. Then, it was reported that the country had 12,203 university students, 6,105 technical and vocational students, and 10,993 students in teacher training colleges across the country. This showed a total of 29,301 students in all of Malawi’s higher and tertiary education institutions as of 2010.

There have been quite a few remarkable gains over the decades. More girls are getting into school, and are outnumbering boys in the Form 1 selection. In 2015, 37 percent of girls who passed were selected to secondary school, against 35 percent for boys, a trend that started in 2013.

However these figures change drastically from upper primary into secondary. In a sample of teachers of English in 100 primary schools and 12 CDSSs in Thyolo district, there were 410 male teachers, compared to just 39 females.

In broader terms, the historical inequality in access to education has persisted over the decades. As the 2017 PSLCE numbers show, the majority of Malawian children who enter primary school never finish the eight-year cycle, a trend that goes back fifty three years. As the 2016 Malawi Demographic and Health Survey reveals, almost 70 percent of Malawians aged 15 years and above do not have a secondary school education. The numbers are worse for women, at 74 percent.

All these trends, decades in the making, begin to have a knock-on effect on the kind of nation we have become. Perhaps the most significant, yet intangible effect is on the human dignity of ordinary Malawians. The majority, as the numbers show, have not been given the opportunity to access a commodity that came with Western colonisation and replaced traditional forms of being human and the collective respect accorded to individuals.

And this is not peculiar to Malawi. It is a legacy of global colonialism in many parts of the world. As a species, we have not spent enough time and intellectual resources examining this phenomenon and using the school system to deal with its pernicious legacy.

Consequently, it is not of much surprise that as a country we have significantly low levels of civic involvement, economic participation, and political engagement. A recent book, edited by Dan Banik and Blessings Chinsinga argues that Malawi’s political system is at odds with its development goals. The country’s political system and development agenda are pulling in opposite directions. It is a complex phenomenon that requires careful examination, especially as it infiltrates the education system and influences what is taught and learned, and how.

The historical elitism and exclusivity of the education system extends to language, where the primacy of English has become a virtual proxy for academic pedigree and intellectual acumen, pushing endogenous forms of knowledge into oblivion. As a result, a large population of Malawians are kept outside the dominant knowledge production and political governance systems.

It also means the ways of knowing and living that many Malawians utilise on a day-to-day basis are excluded from educational, political and economic officialdom, creating a form of arrested development. Mwalimu Julius Nyerere referred to this as “the worst of both worlds” (1967). What he meant by that was that modern Africans had abandoned traditional ways of living and knowing, and were no longer excelling in them. Compelled to adopt foreign knowledge and governance systems, they were not excelling in them either. They are thus neither experts in African ways of being, nor in the newly adopted foreign ways.

Our teacher education system is struggling to keep up with the demands of a 21st century education dynamic. Malawian primary school teachers have always received the bare minimum education required, and no more. Although this has been more acute in primary than secondary schools, the majority of secondary schools suffer from the problem of teacher quality as well. In private secondary schools, 72 percent of the teachers were unqualified, in 2015.

Regionally, our neighbours, and much of the world, have moved toward university diplomas and degrees for primary school teachers. In the world’s best education systems, the minimum qualification to teach in primary school is a masters’ degree. We are stuck with the age-old certificate, given after one year of theory and one year of practicals.  There have been efforts to move in the direction the rest of the world is moving, but the size of our economy, coupled with dizzying levels of waste, remain a stumbling block.

There is an insatiable appetite amongst teachers with a primary teacher's certificate to obtain diplomas and degrees. Because our teacher development system is yet to find a way of handling this, those who obtain higher qualifications are pushed out of primary schools into secondary schools or other jobs outside the teaching profession. It is as if we do not believe that primary schools deserve well educated teachers.

The reason this has been happening is the absence of a mechanism to recognise and reward higher qualifications so teachers who upgrade can stay and continue teaching in primary schools. That would allow our primary school children to be taught by well qualified, highly educated teachers. But a deeper reason is the absence of an education philosophy that recognises the central importance of highly qualified teachers at the earliest stages of the education system.

The origins of this absence of a philosophy of teacher excellence right from the nursery stages go back to the introduction of modern education in Malawi. When the missionaries established the first modern school in Malawi, in 1875, the primary purpose of education was to teach people how to read the Bible and thereby spread Christianity.

Thus there was rapid expansion of primary schools offering basic education in reading, writing and arithmetic, with a little technical education. Secondary and tertiary education were not available in Malawi; people had to travel to other countries in the region. Thus, secondary and tertiary education are still relatively new in Malawi. This has had an effect on how we have envisioned who can become a teacher. And being a teacher in Malawi brings issues of human dignity to the fore.

Human dignity is hardly talked about in public discourse in Malawi or elsewhere. It is not an attractive topic in public policy even at the global level. But that is what more than a century of colonial subjugation and Western epistemological dominance has wrought. What makes it more insidious and therefore hard to comprehend is the English language that I am using to express all this. Being “educated” in today’s world, in this part of the world, means being inextricably bound up with a globally dominant colonial language.

English derives its dominance and sustained support from elites because it accords “educated” people a form of human dignity stripped from the egalitarian norm which tradition placed on every individual. The sense of exclusivity gained from the education system resides in the particular ability to speak a language that bestows global privilege on one and sets one apart from the rest of one’s folk. This explains the extent Malawian elites will go to prove what they believe to be the uselessness of Malawian languages.

No one is disputing the importance of English. That is beyond debate. It is amazing how dichotomous the debate quickly becomes. The dominance of the English language in all of government and commercial business restricts participation to the estimated less than 10 percent of Malawians who are conversant with the English language. We need to think about the remaining 90 percent who do not use English. What Malawi needs, looking ahead, is an active agenda to make translation the centre of knowledge production. Our country needs to make global knowledge available to ordinary Malawians, in their own languages, and to make Malawian knowledge available in global languages.

That would enable transfer of knowledge at a scale that would catalyse self-empowerment, economic growth and socio-economic development.  A two-way transfer of knowledge between global languages and Malawian languages would mean that knowledge of mathematics, science and technology would be available to the majority of Malawians, including the 70 percent who do not have secondary level education. That would change the fortunes of the many Malawians historically denied access to education. Ultimately, it would proffer Malawians the dignity stripped from their humanity by colonial subjugation. That is what would put us on the way toward genuine independence.

* STEVE SHARRA is a Malawian teacher. He holds an MA in English Education (University of Iowa, 2000) and a PhD in Curriculum, Teaching & Educational Policy (Michigan State University, 2007).