Dangerous air pollution in the city of Port Harcourt 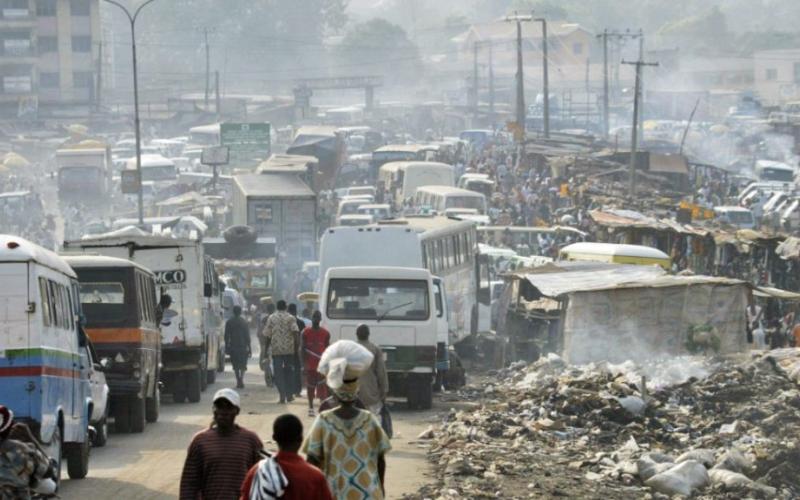 The business community, oil companies, government officials, residents of Port Harcourt and non-governmental organizations need to come together to find a lasting solution, which borders more on structural and systemic issues associated with the oil and gas capitalist economy than with any flimsy explanation being given.

Gone are the days when the city of Port Harcourt was a preferred destination. Nigeria is a country of many cities, but not many were fortunate to be admired. “Garden City” was the signature phrase that described this city. It was clean. At some point, in the course of my regular visits to the city to spend holidays with a brother, in the prime of my personal development and that of the city, the water taps served a considerable number of residents. The colonial utility board had a semblance of service and busy officials working in the interest of residents. Times have changed with the influx of people from different parts of the world searching for opportunities in the oil and gas industry. At the local airport foreigners touch down in droves every week.

Local city dwellers are asking what has gone wrong with the air. Daily drops of black dusts or soot are not like the rain that is admired after a long wait for it during dry seasons.  Indeed, farmers celebrate the rain after several weeks of waiting.  This part of the country had no climatic trend of delayed rain until recently outside issues of flooding and the impact of oil and gas pollution on the rural economy.  This new threat in the air was never visible to the eyes.  The present noticeable air pollution is part of the consequences of an old message on the unfriendly nature of fossil fuels on   environment.

The name does not really matter to a layman.  The issue is as much the unwanted imposition of black dust, soot, powder, ash, or carbon participles on people. The daily shower of the dust on residents of the city of Port Harcourt is now far more than a source of worry. Telling the story to those who live outside this city, who probably visit occasionally and lodge in fancy hotels, would give a different impression. The hotels, especially the good ones, have perfected ritualized cleaning, done frequently as part of good business practice.  Not in a fight against the dust because this is not a fight that can be won by pretext or by such feeble higgledy-piggledy habit for the purpose of maintaining customers. Cleaning the floor of hotel rooms and restaurants does not clean the polluted air, nor nostrils filled with dust.  Toilets, floor tiles, and kitchen gadgets now receive more attention than ever because of the nauseating accumulation of the dust if left unattended longer than necessary. Bedrooms and sitting rooms are not excluded, as they have to be cleaned at least three times each day. We are now all looking like field oil workers because of the dirt our feet carry by stepping on the dust.  One has to use hard stones or brush to clean the feet regularly to avoid looking like a herdsman’s.  The internal human body system is probably the most dangerously vulnerable.  But the story is yet to be told.  No special scientific work needs to be concluded before knowing that the dust is already killing many.  Standard outcome of air pollution of this nature is predictably dangerous to public health.

In the past three months or so, routine return after the day’s work, and bringing children home from school each day, has turned very uninteresting.  It used to be exciting, living with the sense of responsibility.  The air is filled with the black dust. The State Ministry of Environment has only simply warned against unnecessary exposure to the dust.

Relocating from the city of Port Harcourt remains an option for some in jobs that permit such relocation.  But how easily can this be, in the face of economic hardship? The long years of failure on the part of business and government officials, to imbibe a culture of protection of environment is part of the problem.  Being an oil and gas producing country is not enough to guarantee environmental security. The quality of the air that people take in, and the impact this has on life, is something no one should treat with levity.  I am amazed that we have been in this environmental quagmire for than four months without any meaningful response by relevant authorities.

I, like many others, worry about this criminal silence over an issue that puts all of us in danger. No one can tell exactly when the real impact of what is happening right now will start to manifest in people’s lives.  It may be two, three, four, five or more years.  Below is picture of the black soot, washed down by a small shower in the month of February from the top roof.  It settled awfully at the entrance of my residence.

In my view, the business community, oil companies, government officials, residents of Port Harcourt, non-governmental organizations need to come together to find a lasting solution, which borders more on structural and systemic issues associated with the oil and gas capitalist economy than with any flimsy explanation being given.  Meanwhile,  relevant government  agencies of government at the federal and state levels should  take a quick action against the polluter.

* Fidelis Allen is Associate Professor of Politics (with bias in Development).  He currently serves as head, Centre for Conflict and Gender Studies, University of Port Harcourt, Nigeria. Email: [email protected]